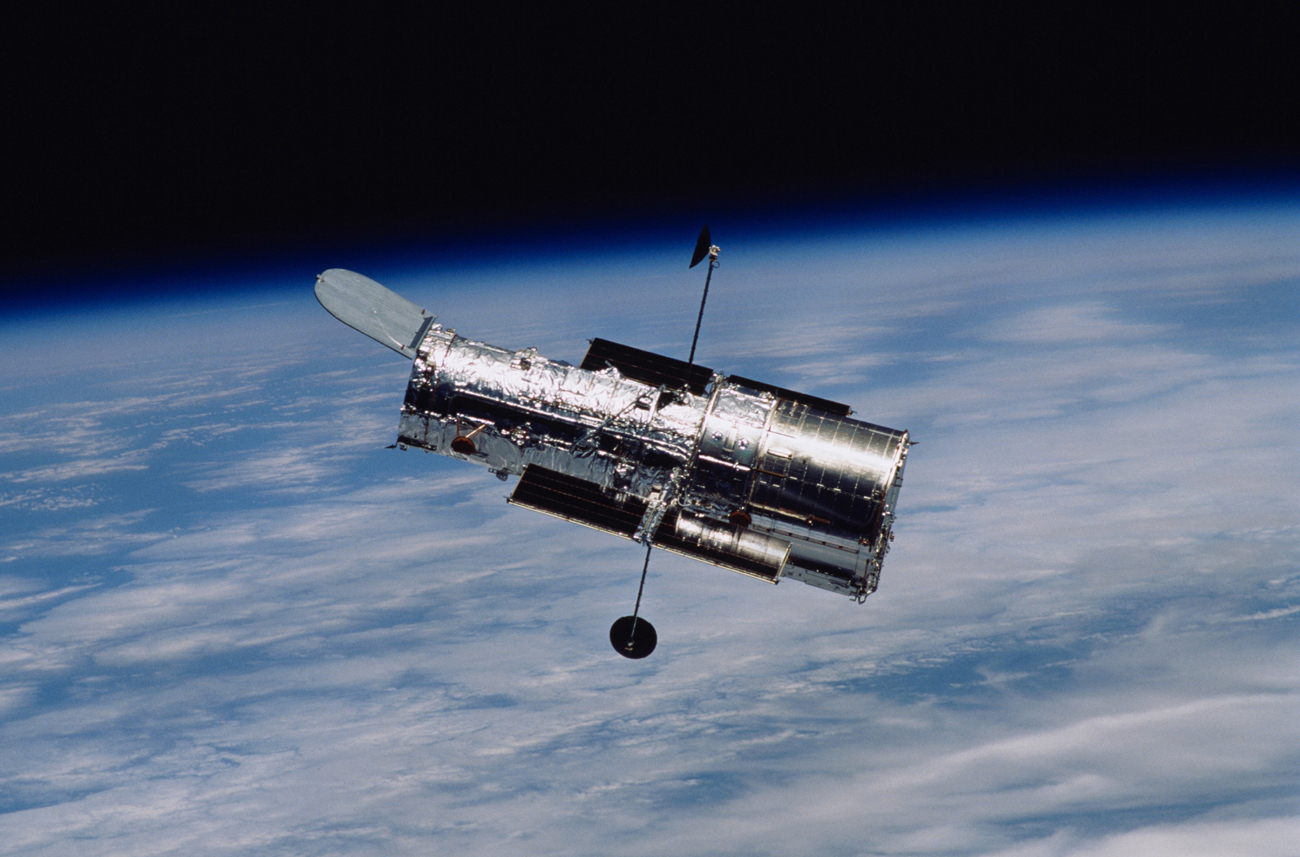 It’s been 20 years since the Hubble Space Telescope blasted into space, taking mankind’s collective scientific dreams on a journey that’s been anything but smooth sailing. In fact, it’s been more like a soap opera in space, studded with high drama, broken equipment, a bleary-eyed primary mirror and a dramatic Shuttle rescue mission. But also, some awe-inspiring images and a much better understanding of the Universe.

“The early years were a rollercoaster ride,” Hubble scientist Richard Hook told The Daily Maverick from Munich, Germany. A Hubble data analyst with the European Organisation for Astronomical Research in the Southern Hemisphere, Hook says the exhilaration of Hubble’s launch on 24 April 1990 was quickly followed by despair.

“After the excitement of the launch in 1990, came the crushing disappointment of the discovery of an optical problem with the telescope’s main mirror,” said Hook. Despite clever processing tricks by top scientists to try to fix the images, it was clear that much of Hubble’s power was lost – unless the telescope itself could be fixed. Photo: Astronaut Kathryn Thornton, on the end of the Shuttle Endeaovour’s Remote Manipulator System, hovers over servicing equipment for the Hubble Space Telescope during the second spacewalk of the Shuttle’s eleven-day mission, December 6, 1993. Reuters.

“Fortunately, engineers and scientists came up with some ideas. One of the engineers visiting us here in Germany had an important idea from looking at the swivelling shower head in his hotel. All these ideas came together in a corrective optics device (called Costar) and also a new camera (the Wide Field Planetary Camera 2) that were installed by astronauts during the first servicing mission late in 1993. This was an extraordinary success and Hubble overnight went from being a ‘techno-turkey’ to the most powerful telescope ever.” Photo: NASA released January 13, 1994, the first images from the Hubble Space Telescope after it was repaired by the crew of the Shuttle Endeavour in December. The core of the M100 galaxy is shown photographed by the Hubble’s Wide Field and Planetary Camera 1 in November 1993, just prior to the repairs (L), and by the Wide Field Planetary Camera 2 on December 31, 1993, after the repairs.(R). The WFPC-2 is a second generation camera with corrective optics. Reuters.

It’s fitting then that Hubble’s journey of space exploration be celebrated with a breathtaking new image that highlights a small portion of one of the largest observable regions of star-birth in the galaxy, the Carina Nebula. The European Space Agency says the image captures the top of a pillar of gas and dust, three light-years tall, which is being eaten away by the brilliant light from nearby bright stars.

“The pillar is also being pushed apart from within, as infant stars buried inside it fire off jets of gas that can be seen streaming from towering peaks like arrows sailing through the air,” said Hook. Photo: This NASA Hubble Space Telescope image captures the tempestuous stellar nursery called the Carina Nebula, located 7,500 light-years away from Earth in the southern constellation Carina. The image celebrates the 20th anniversary of Hubble’s launch and deployment into an orbit around Earth. Hubble’s Wide Field Camera 3 observed the pillar on Feb. 1-2, 2010. Reuters.

Hubble owes its popular legend to this remarkable imagery which has captured the imagination of the world. There is a natural human desire to know more about our world and the universe, or, as Hook says, mankind has always been explorers. “It is natural that our collective curiosity would lead us into space and toward seeking answers to fundamental questions about the universe.  The Nasa-ESA Hubble Space Telescope has confirmed the existence of black holes and led to the belief that they are present at the centres of all galaxies.

“The observatory has also helped quantify the acceleration of the universe and has taken images of the deepest parts of the universe. In January, the latest Hubble ultra-deep field image was released, highlighting  galaxies as they were 13 billion years ago, just 600 million to 800 million years after the Big Bang. Astronomers are also now using Hubble data to research elusive dark matter and a mysterious force called dark energy.” Twenty years on, Hubble is more powerful than ever and in excellent health. But it’s unlikely there will be another mission to repair or upgrade Hubble, so the question is how long will things work? “From past experience, it seems the scientific instruments are likely to be good for at least five years, and some of them may hold out even longer. The rest of the telescope is pretty robust and will probably outlive the instruments.” This is why Hubble’s successor – the James Webb Space Telescope – is due to be launched in 2014.

Meanwhile, happy 20th birthday, Hubble – and remember to take many more pictures for us back here on Earth.

Main Photo: The Hubble Space Telescope (HST) is seen in this March 9, 2002 NASA file photo with the Earth as a backdrop. Astronauts aboard the space shuttle Atlantis will grapple the telescope for servicing May 13, 2009. Reuters.

All good things are not what they seem