The zen of zef: Die Antwoord at Coachella

The zen of zef: Die Antwoord at Coachella 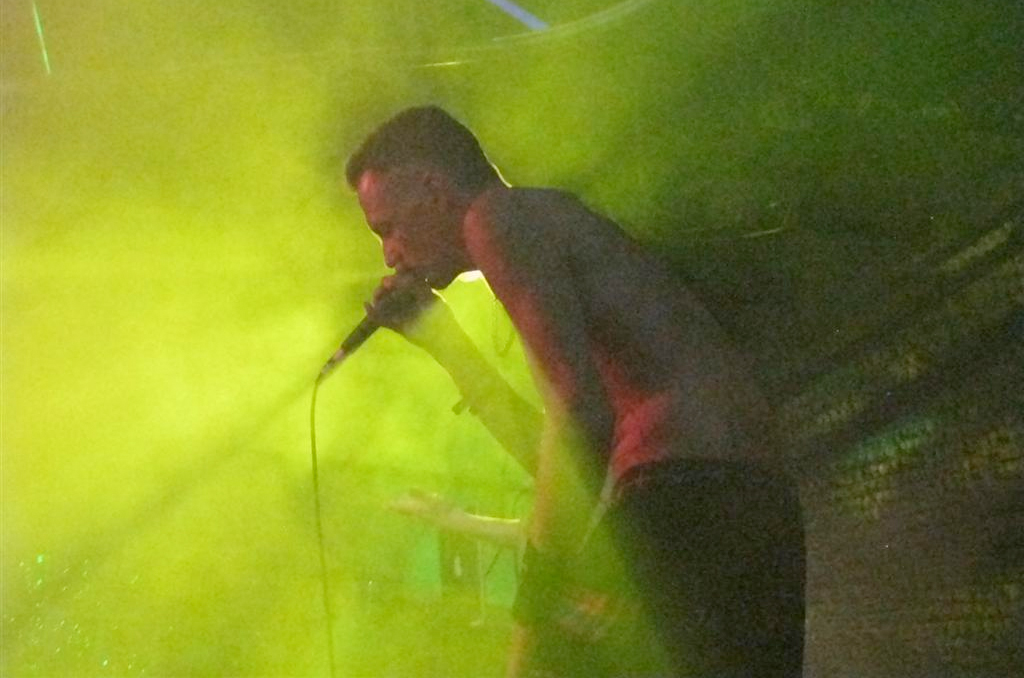 It’s boring already to try deconstruct them. The long, essayistic, heavily-referenced-with-pop-culture thing has been done, and some of the pieces have been outstanding (Richard Poplak’s at The Walrus, for instance), but it’s time now to move on. Die Antwoord, at some point, must simply be what they are. Neil Pendock of all people, the wine columnist for the Sunday Times, manages to say in a single sentence at the tail-end of an article about brandy what feted correspondents for famous music magazines take three-thousand words to say: “Die Antwoord embrace the sophisticated philosophy of the late Jean Baudrillard, who insisted that life is a simulation or, in Die Antwoord taal, a PC computer game on the ‘interweb,’ in which players flex and stretch to get to the next level.”

In other words, it’s a process of being and becoming: the zen of zef.

So on Saturday Die Antwoord hit their next next-level, at Coachella, the super-elite Californian music festival that’s earned a global reputation for making or breaking new acts.  The line-up this year included Faith No More, Vampire Weekend and Jay-Z, but the Americans, it seemed, were most blown-away by our very own (ja, we’re claiming ownership, my blaar) Ninja and Yo-Landi

Here’s what the Los Angeles Times had to say: “Pound for pound – or maybe, considering the group’s abbreviated set time and its members’ dangerously emaciated-looking Body Mass Indexes, minute for minute onstage – the most engaging and legitimately surprising act of the weekend might have been the hard rhyming South African ‘Zef-rap’ trio Die Antwoord.”

Plus this in the New York Times: “Die Antwoord’s reputation has traveled fast by Internet; they fully lived up to it.”

Fully in keeping with their media strategy, the group declined interviews after the show, and the only indication that they were happy with their form came the next day in a tweet from Ninja: “We came, we saw, we skopped fokken gat.”

Then, on Wednesday, Boing Boing scooped the entire media world when it posted an in-depth twenty-minute filmed interview to its site. The interviewer was Xeni Jardin, the same person who ignited the Internet explosion back in February after she featured Die Antwoord’s music videos in a Boing Boing blog – clearly, Ninja and Yo-Landi were repaying the favour.

The clip opens with Jardin and the two Die Antwoord members sitting on armchairs beside the pool in what used to be Merv Griffin’s house. Ninja has his shirt off and Yo-Landi has her little blue slippers on the floor beside her. They’re both fully in character, and Jardin doesn’t quite know how to handle the deadpan single-syllable answers.

“This was actually your first time ever playing in the United States?” she asks.

“That’s correct, Xeni,” Yo-Landi says, leaning forward into the mike while playing with her hair, and offering no elaboration.

Ninja’s response to a question about the size of the crowd is similarly dumb. “It was like CG, like Lord of the Rings, at the battle scene. Ja, it was like a CG crowd.”

And so it goes. One inane sound byte after another; it’s embarrassing, and you know it’s supposed to be, especially when Ninja says that back in South Africa they’re a “national embarrassment”. But then Yo-Landi drops the big insight.

“I think our style of music is like…we make car-crash music. Like when there’s a car-crash, everyone looks. It’s like, kids dancing in the rain, no-one’s really paying that much attention. But when there’s an accident everyone’s checking it out, so that’s our style.”

Maybe that should be the last word. There’s never much to say at an accident scene.