Obama on a roll? After healthcare and loose nukes, now...

Obama on a roll? After healthcare and loose nukes, now Wall Street’s wayward ways are in his sights 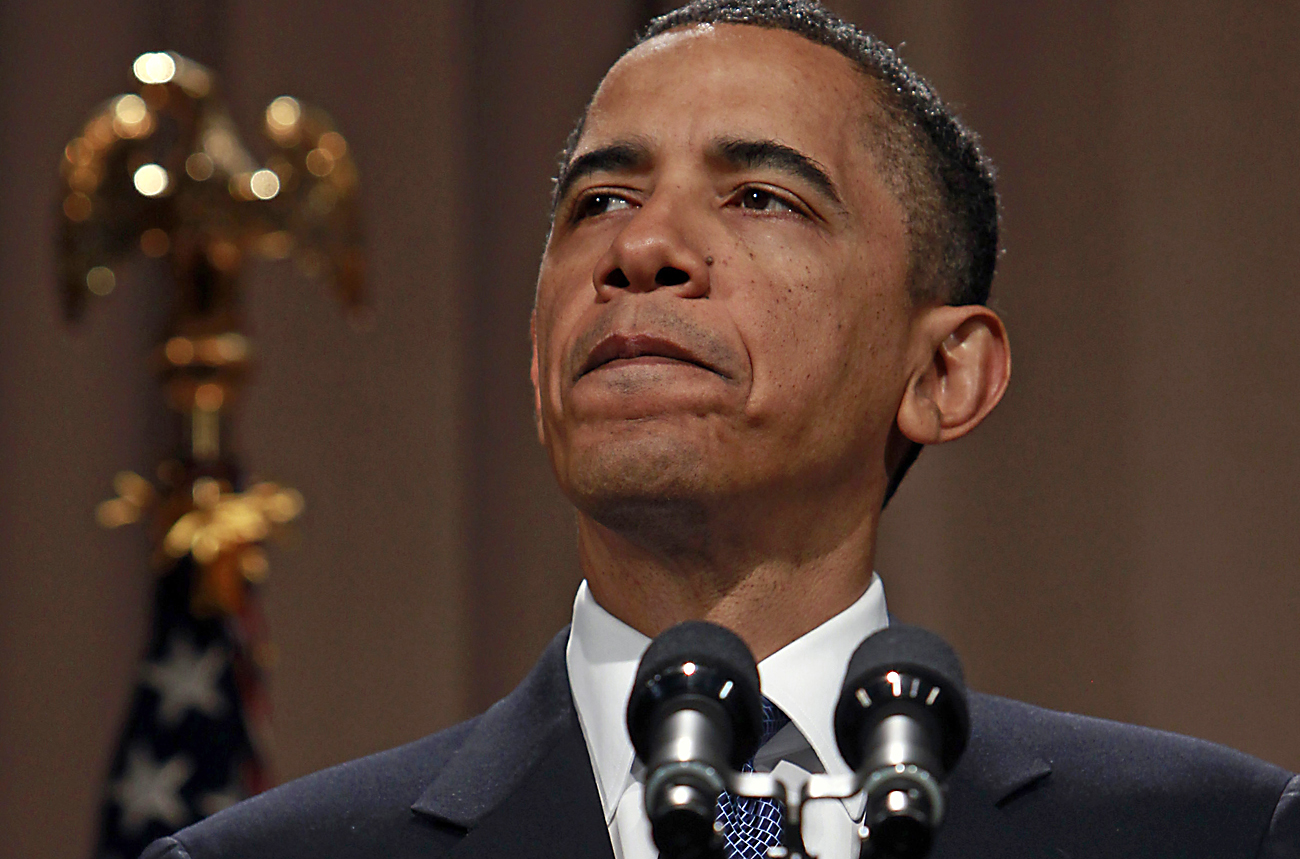 US President Barack Obama entered the lion’s den on Thursday to call out Wall Street over its risky behaviour as he asked the street’s leaders to help put in place “updated, commonsense” banking regulations to head off any future financial crises.

As Obama said, “Ultimately there is no dividing line between Main Street and Wall Street. We rise or we fall together as one nation. So I urge you to join me.”  Obama’s political circumstances, as well as his willingness to pick a few new fights, seem to have improved significantly following wins on healthcare reform, the signing of the Start II and a successful international conference on nuclear materials.

Obama’s speech was given just as Congress is debating a bill that would carry out a major reworking of America’s financial regulation. The house of representatives has already passed one version and the Senate’s somewhat different version may come up for debate early next week. All of this comes just as the securities and exchange commission filed fraud charges against Wall Street financial pillar, Goldman Sachs.

In his speech, Obama protested against Republican charges that the new financial regulation bill would encourage future bailouts of big banks, something that can be a sharp stick in the eye of many Americans who are weary of the financial fallout from those earlier multibillion-dollar bailouts of the big companies and banks. Obama’s riposte was that this, “makes for a good soundbite, but it’s not factually accurate. It is not true. In fact, the system as it stands is what led to a series of massive, costly taxpayer bailouts.”

Obama’s speech came just as Congress’ deliberations reached a crucial moment and while Obama didn’t declare his preference for the House or Senate version, he did say “both bills represent significant improvement on the flawed rules we have in place today”.

Obama gave his speech at New York City’s famous Cooper Union building. He had, in fact, spoken there two years ago when he was still a candidate to roll out his early ideas on financial reform agenda, and the selection of this location again was clearly no accident. In fact, this building was also the site where Abraham Lincoln, Obama’s historical mentor and touchstone, gave the speech that propelled him to his nomination for president in 1860.

Obama noted that since he had spoken at Cooper Union two years earlier, “our country has been through a terrible trial,” with 8 million jobs shed, large and small businesses bankrupt and trillions of dollars lost to savings and retirement funds.  The president argued the country needed to learn the lesson of the Great Recession so that “we don’t doom ourselves to repeat it”. Obama’s best line at his opponents and critics may well have been his comment that “unless your business model depends on bilking people, there is little to fear from these new rules”.

Meanwhile, The New York Times’ economics commentator, Paul Krugman, further urged him on. On Friday he wrote that Obama, “…really needs, as a political matter, to take a populist stance, to put some public distance between himself and the bankers. The fact is that Obama should be trying to do what’s right for the country ? full stop. If doing so hurts the bankers, that’s okay. More than that, reform actually should hurt the bankers. A growing body of analysis suggests that an oversized financial industry is hurting the broader economy. Shrinking that oversized industry won’t make Wall Street happy, but what’s bad for Wall Street would be good for America.”

Not surprisingly, Obama’s line of argument has not drawn universal support. Republicans such as John Boehner, the House minority leader, shot back with his usual same-old, same-old, “the truth is, the American people have had enough of the federal government” and that this legislation would “enrich Wall Street at the expense of every other financial institution in the country”.  And the US Chamber of Commerce placed full-page ads in major newspapers to say it supported reform, but the bill’s provisions “may be good short-term politics – but not if it gets in the way of right solutions”. However, Republicans and other opponents have yet to offer a major alternative proposal to address Wall Street’s obvious failings, let alone come up with a convincing bit of rhetoric to explain how more regulation really represents more licence for Wall Street. We can only assume the Republicans are somehow trying to paint the Democrats as the ally of the rich, the powerful and of financial houses like Goldman Sachs.

Meanwhile, back at the senate, Democratic Party sponsors were still hoping they could attract some Republican support for the regulatory measure. They said there now was some progress toward a compromise bill that could command support from both sides, in advance of a vote early next week in the Senate.

If it passes, the proposed regulatory changes would be the biggest overhaul of the American financial sector since the height of the Great Depression in the 1930s, creating a way to liquidate large, complex financial firms whose sudden collapse could gravely affect the overall economy. Crucially, the reforms would set up oversight – for the first time – of those hideously complicated derivatives instruments whose presumed value came out of the value of yet other investments much further down the money chain.

Republicans have been charging that a proposed $50 billion fund, to be paid for by the financial sector rather than by taxpayers, would create the moral hazard that would encourage more banking risks, while its Democratic supporters say the opposite – it would lead to orderly bankruptcies.

That seems to be the point Democratic supporters stress – orderly bankruptcy, not rescue. But because the Obama administration does not support the fund and would not object to its being removed from the bill, watch for this element to be a key part of some hard horse-trading to gain some Republican support for the overall measure.