A Guide Julius Malema should read before his most excel... 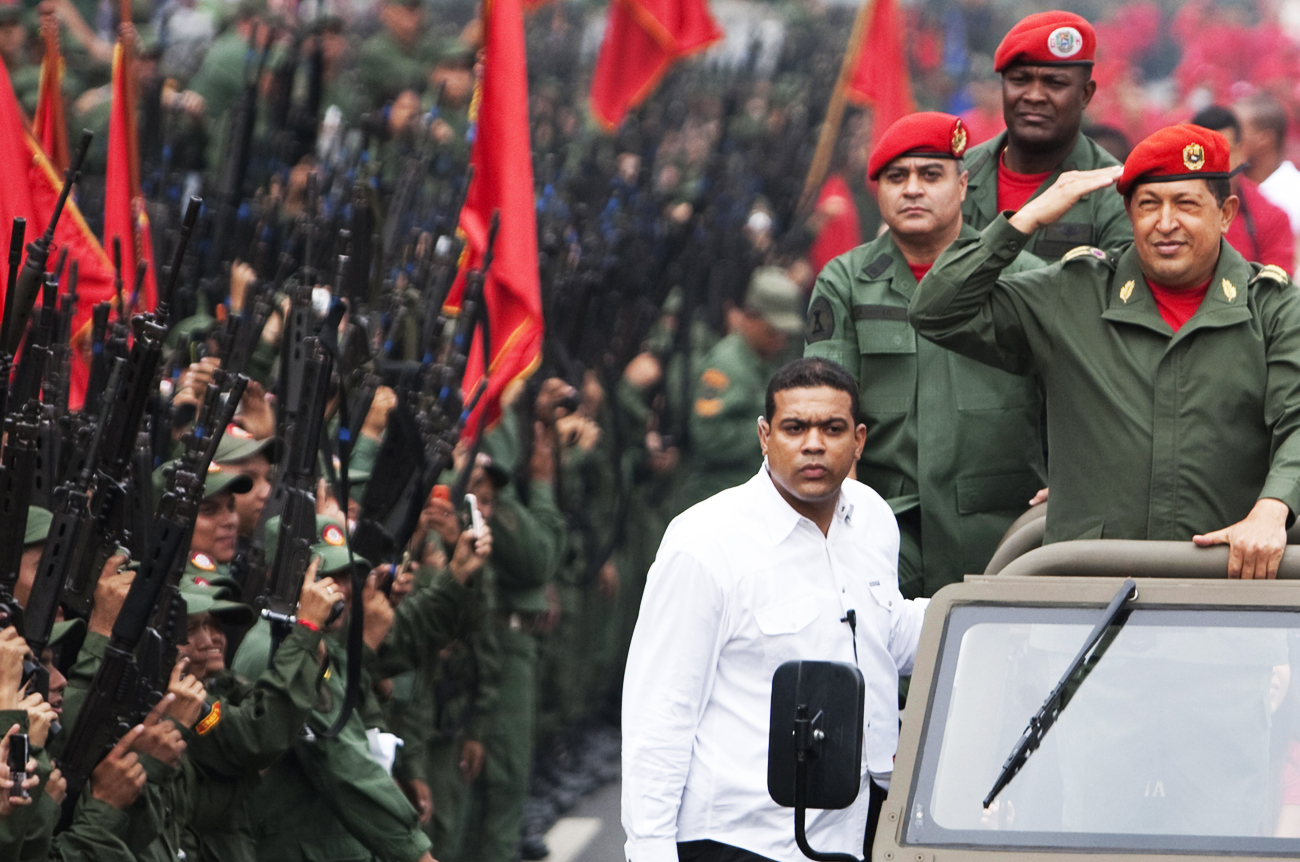 Julius Malema is apparently all packed and ready for the second stage of his exploration of, well, whatever it is he is exploring in his sallies to Zimbabwe, Venezuela, Cuba, Ishmaelia, China, Graustark, Ruritania, Laputa and Brobdingnag.

So, in the interest of making his trip to Caracas as useful for him as it can be, we modestly recommend a few recent Venezuelan developments he should examine closely and thoughtfully to aid him in understanding the world a little better. They say that travel broadens one, and so we hope Comrade Julius will spend enough time meeting with as wide a range of the people of Venezuela as possible – beyond Hugo Chavez’s inner circle of flunkies and flatterers – so he can glean a sense of the challenges facing ordinary Venezuelans who reside in President-almost-for-life-Chavez’s tropical paradise.

First, we offer a gentle note of caution. Cde Julius, you might wish to do a bit of quick reading about some other tourists to the Americas – such as those Spanish conquistadores in the 16th century who found the wondrous civilizations of the Aztecs, Toltecs, Mayans and Incas, only to turn them into rubble – but also those who pursued those tall tales of other, more mythical cities filled with unfathomable riches. The legends of El Dorado and the Seven Cities of Cibola tormented and tantalised would-be seekers of sudden riches for hundreds of years. You wouldn’t be the first person hypnotised by a search for a previously undiscovered, hidden source of wealth and fame, but resist the temptation to join this particular hunt, if you can.

Please make sure you watch one of Hugo Chavez’ already-fabled, whole day-long speeches on Venezuela’s national television network – but do your viewing together with a crowd of ordinary Venezuelans in the barrio, and not with a gaggle of the president’s hangers-on. Listen carefully to how people respond to the promises, the excuses and the exhortations. And listen very carefully when el lider explains about the shortages of everyday products – especially those irritating and growing electrical shortages, er, load-shedding, Venezuela-style.

Then, spend some time with a group of local economists (and not just politicians or the ubiquitous rabble-rousers you find in any country) so you can learn why inflation keeps rising in Venezuela, it’s now around 25% annually, despite official policies to fix prices and subsidise the cost of various basic commodities and services.

If there is time, you might also ask these same economists about the effect of the threats of – and fears about – further, future nationalisations on the country’s industrial and financial base. Is this encouraging or driving away new foreign and domestic investment? Then ask about how subsidies, such as those that keep the cost of petrol under 50 cents a litre, cost the government a packet and encourage inefficient consumption of petrol. Yes, yes, we all want cheap petrol, but maybe we don’t want prices that are so skewed they prevent investment and produce future scarcities, just when we need new investment the most.

And then there are a couple of other things you might keep a sharp eye out for on your newest international study tour. First of all, Hugo Chavez has not been shy about hosting an occasional purge of his inner circle of get-rich-quick party men (similar to those tenderpreneurs we have already come to know and love). The purged come from the group nicknamed the “boligarchs” (for their ultra-fast wealth accumulation and their presumed allegiance to 19th century revolutionary Simon Bolivar’s legacy). Some of these have actually been sent to jail when Chavez has consolidated his power among the cadres of military men who remain loyal to him. So, you might just want to talk to a few of these folks about their feelings – and their political loyalties – once they have been drummed out of his charmed, inner circle.

Finally, while you will almost certainly feel compelled to take at least a few minutes to check out why Venezuela’s exemplars of feminine beauty so frequently win international beauty contests (who wouldn’t?), you may also take the time to check out how well your famous R250,000 wristwatch copes with Hugo Chavez’s curious decision to make Venezuela’s time zone 30 minutes different from all of its many Caribbean neighbours’ time zone.

Photo: Venezuela’s President Hugo Chavez salutes militia members as he arrives for a ceremony to commemorate the eighth anniversary of his return to power after a brief coup, in Caracas April 13, 2010. Chavez was briefly forced from office by military officers and opposition leaders in 2002 after clashes between demonstrators in downtown Caracas killed some 20 people in events that bitterly divided the OPEC nation for years along political lines. REUTERS/Carlos Garcia Rawlins