22 April: Three people killed and at least 25 more injured as Rovos train runs off the rails 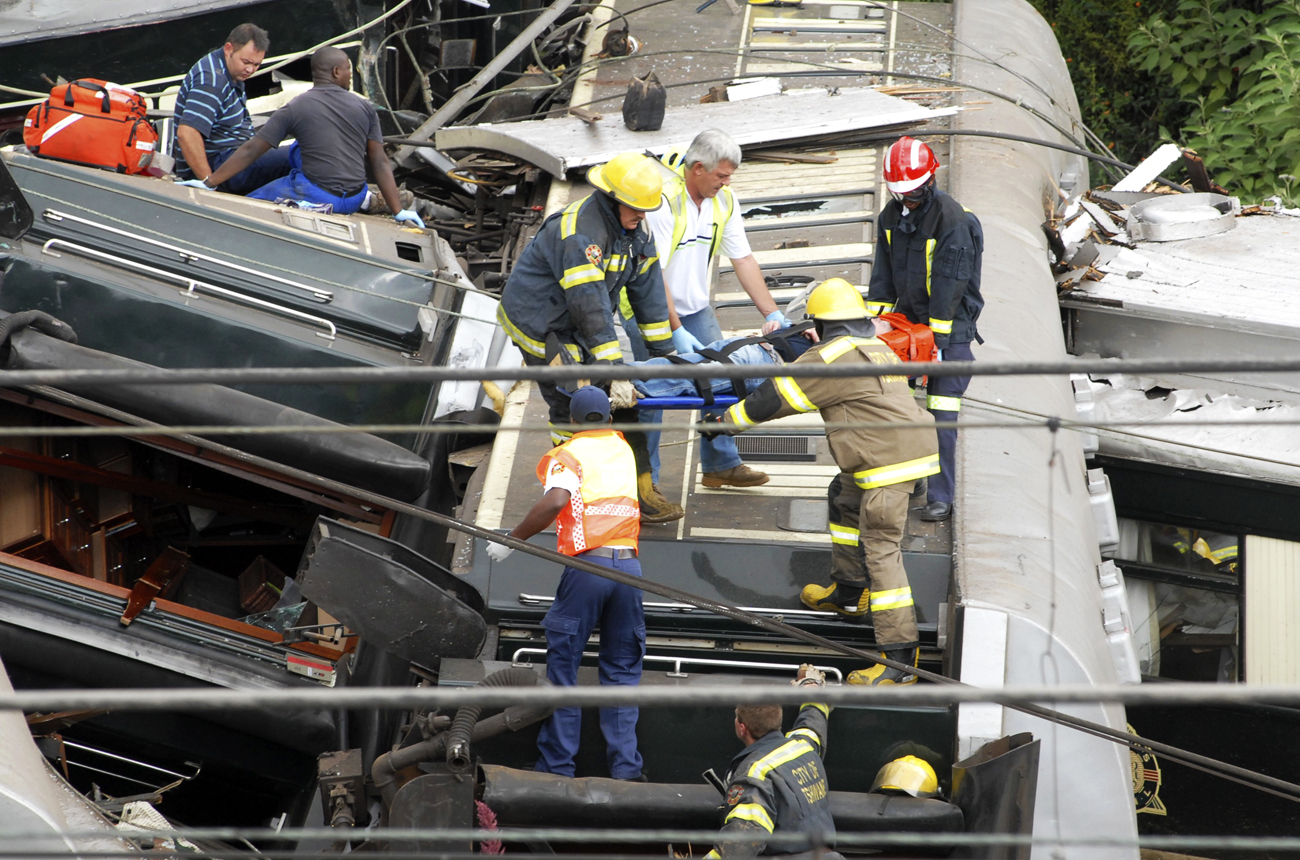 A luxury tourist train operated by Rovos Rail derailed near Pretoria on Wednesday, killing two people and injuring at least 25 more. The train takes a mixture of foreigners and South Africans on safaris, with many travellers coming from Europe and the US. Emergency workers had to use hydraulic rescue equipment to cut people free of coaches that were lying on top of each other. Safety inspectors say the accident appeared to have happened when an electric locomotive was switched to a steam engine that sometimes pulls the train.

Nigeria’s ruling party turns on itself

Nigeria’s ruling party accused some of its most senior members of trying to form a breakaway faction, in the aftermath of a gruelling political battle that rocked the nation during the five-month absence of President Umaru Yar’Adua, who’s ill with heart problems. Parliament controversially appointed Yar’Adua’s deputy, Goodluck Jonathan, as acting president, but it looks as if the real drama is just beginning. Reports say the row could split the People’s Democratic Party and change the political landscape ahead of presidential polls in 2011. The PDP has won every presidential election in the past 10 years, so a split could open the way for another presidential candidate in next year’s election, ending the current situation in which the ruling party nominee is assured victory. The party says it’s summoned 19 members, including former senate presidents, ex-ministers and ex-state governors to defend themselves against accusations of plotting to challenge the party leadership.

Victoire Ingabire Umuhoza, a Rwandan opposition leader who was to challenge President Paul Kagame in an August election, has been arrested. The charges include collaborating with a terrorist organisation and denying the country’s 1994 genocide. She’s previously claimed to have been harassed since returning from exile in January and one of her aides was recently jailed. Reports say Ingabire’s home was surrounded by heavily armed security forces, a day after Rwandan authorities detained two army generals who were reported to have had disagreements with Kagame. One of the men is charged with corruption and abuse of office, while the other faces allegations he engaged in immoral conduct. Ingabire’s Unified Democratic Forces party called Umuhoza’s arrest unlawful and demanded her release.

Algeria, Mali, Mauritania and Niger will launch a joint military command headquartered in Algeria to counter the growing regional threat from al-Qaeda. The four Saharan nations want to move towards joint operations against terrorism, kidnappings and trafficking, after Islamist militants evaded capture in the past by crossing from one state to another. The US and EU fear that unless governments in the region join forces, al-Qaeda could use the Sahara as a base for launching large-scale attacks. The group has already killed a British hostage kidnapped on the border of Niger and Mali, and shot dead a US aid worker in Mauritania. They’re also believed to be holding other Westerners hostage after they went missing in these countries.

Madagascar’s political rivals have agreed to attend talks in South Africa at the end of this month, after international mediation efforts in Maputo and Addis Ababa failed. President Andry Rajoelina ousted Marc Ravalomanana with the help of dissident troops in March 2009, and since then international mediators have been working to form a unity government. Rajoelina’s office said he’d go to the South African talks, but he’s changed his mind in the past. Recently, however, the army said Rajoelina had until the end of April to exit the impasse, so maybe the latest round of talks, arranged by mediators from France, South Africa and the Southern African Development Community, will find some traction.

Nigeria’s army exhumed seven recently buried corpses near the central city of Jos, which has twice erupted in violence this year. The BBC says the latest victims may be subjects of revenge killings, after Muslim and Christian gangs murdered hundreds of people in a series of clashes said to be over access to power and land. Reports say attacks on villagers and disappearances in Jos continue. It seems tensions have been high in Plateau State, because a Christian pastor and his wife were murdered in the state of Bauchi next door. Nigeria’s split between a Muslim north and largely Christian and animist south, with Jos in the middle. Jos also saw deadly riots that killed hundreds of people in 2001 and 2008. Some observers believe the violence is fomented because Hausa-speaking Muslims who’ve lived in Jos for decades are still classified as settlers, and lack certain rights, including being able to stand for election.