Judge John Hlope: Of surprising judgments and sweeping things under the carpet 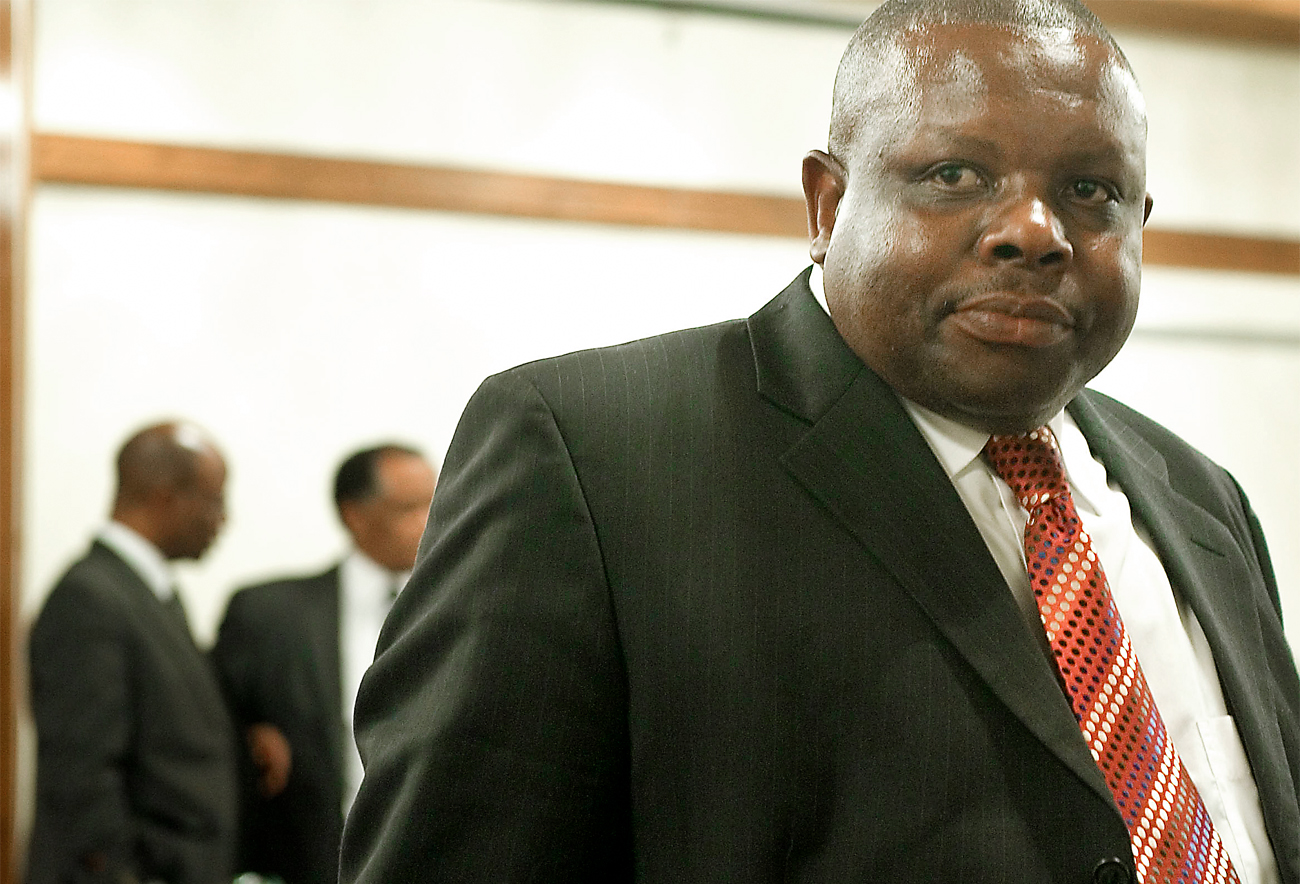 And just as we thought the stakes in this increasingly divided country couldn't be pushed higher, we're proven wrong: Judge John Hlophe's case is back. Ah, well.

Gosh. That came as a surprise. That was our first and instinctive reaction as the Cape High Court yesterday declared the Judicial Service Commission’s (JSC’s) decision on John Hlophe “unconstitutional” and “invalid”. This is probably the biggest legal bombshell since the Nicolson Decision that had poor Mbeki kicked out.

Okay, it’s not as big, but it’s almost as surprising. Two judges, Shamim Ebrahim and Jos Jones decided that it’s time the Hlophe circus be brought back in town. The main reason for their decision, Helen Zille, resplendent in her Western Cape Premier hat, should have been a part of the JSC’s disciplinary committee, that decided not to pursue the case against Hlophe.

Some background, dear reader, in case you’ve lost a bit of interest in the Hlophe saga since it appeared to end in August last year. It was back then that the Constitutional Court’s complaint against Hlophe, that he tried to interfere in the Mauritius evidence hearings relating to Jacob Zuma, finally made it to the JSC’s disciplinary committee. We could go into how long it took to get there, but even Google doesn’t have servers that large. In the end, the committee, as it was then, decided on a six-four split, not to continue with the case. It didn’t really explain its decision (well it did, in about 80 pages, but none of it made sense, and not just to you and me, but to most legal people as well), but just announced the complaint was “finalised”. They even felt that cross-examination wouldn’t actually reveal any more details about what happened. It was a put-up job. Remember the six-four split though; that would prove important.

But there were problems with the committee. Firstly, the advocates profession, which was supposed to have two representatives on the committee, only had one, who voted in favour of Hlophe. The second advocates’ representative was supposed to be Izak Smuts. Yes, a great nephew or something like that of a former field marshal. But, more importantly, he also tore Hlophe apart during last year’s JSC interviews for the Constitutional Court. It was perhaps the most comprehensive cross-examination of anyone this reporter has seen. As it happens, at the time of the Hlophe hearing, he was brand new to the JSC, and Zuma hadn’t yet signed the appointment document, so he couldn’t attend. Really, we’re not making this up.

But that was nothing compared to the legal hand-grenade that appeared in the form of Pierre de Vos’s blog, Constitutionally Speaking, a few weeks later. Crediting a friend, he pointed out that the Constitution said that the “Premier or a representative” should sit on the JSC, when it deals with judges and high courts in a particular province. Oops. Helen Zille decided to test his view, and that was the case she won on Monday.

First up, this is one for the good guys. It’s a sweet victory for those who feel that, yes, cross-examination is a good way of seeking the truth. It also means that the JSC can actually be compelled to act in favour of justice, even if it is packed with people who sometimes appear to be trying to get around it.

But this isn’t going to end here. Of course, there’s the probably the inevitable appeal to Bloemfontein, although Hlophe’s had no luck there in the past. However, things are actually more complicated. Four of the judges who made the original complaint have now retired. They cannot be compelled by the new chief justice to continue with their complaint. Their evidence is also crucial. Because of the nature of their complaint, they would have to testify to make it stand up. The case would fail without them.

But the chances are, as has happened so often with the Hlophe case, that this is really just the cue for another delay. He’s bound to appeal it as long as he can. But it’s the JSC who really doesn’t want this to happen. Because, if Helen Zille really does join them, there’s no way in hell its meetings would happen in secret. If she was legally bound to secrecy, she might respect that, but she’s tough and strong and pretty bloody determined. So the tone of these meetings would change completely. She would be prepared to argue and argue, until she got the way she thought would be right. No, it would be much easier for the JSC to kick this all to Bloemfontein.

The justice ministry will also be in a tizz over this. Jeff Radebe seems to have supported Hlophe in his disciplinary hearing, but dropped him like he was hot coal in the Constitutional Court interviews. So he’s difficult to predict on this, but he’s certain to hope it all goes away somehow. His first headache in all of this will be whether to ask Hlophe to return to long leave. And that’s raised a nice racial storm in the past.

The real lesson from this judgment, is that you can’t sweep all your dirt under the carpet all the time; sometimes, rather annoyingly, it wafts back. Hlophe was swept under the carpet last time, when he should probably have been on it. He was put there because it was a mess so racially potent, that it was doing just too much damage to the whole justice system. Now we know that you just can’t get rid of our racial muck. So the damage will now continue. And, yes, it’s unlikely to be dealt with properly this time either.