ANC to public: Malema has been charged (kinda); now, bu...

ANC to public: Malema has been charged (kinda); now, bugger off!!! 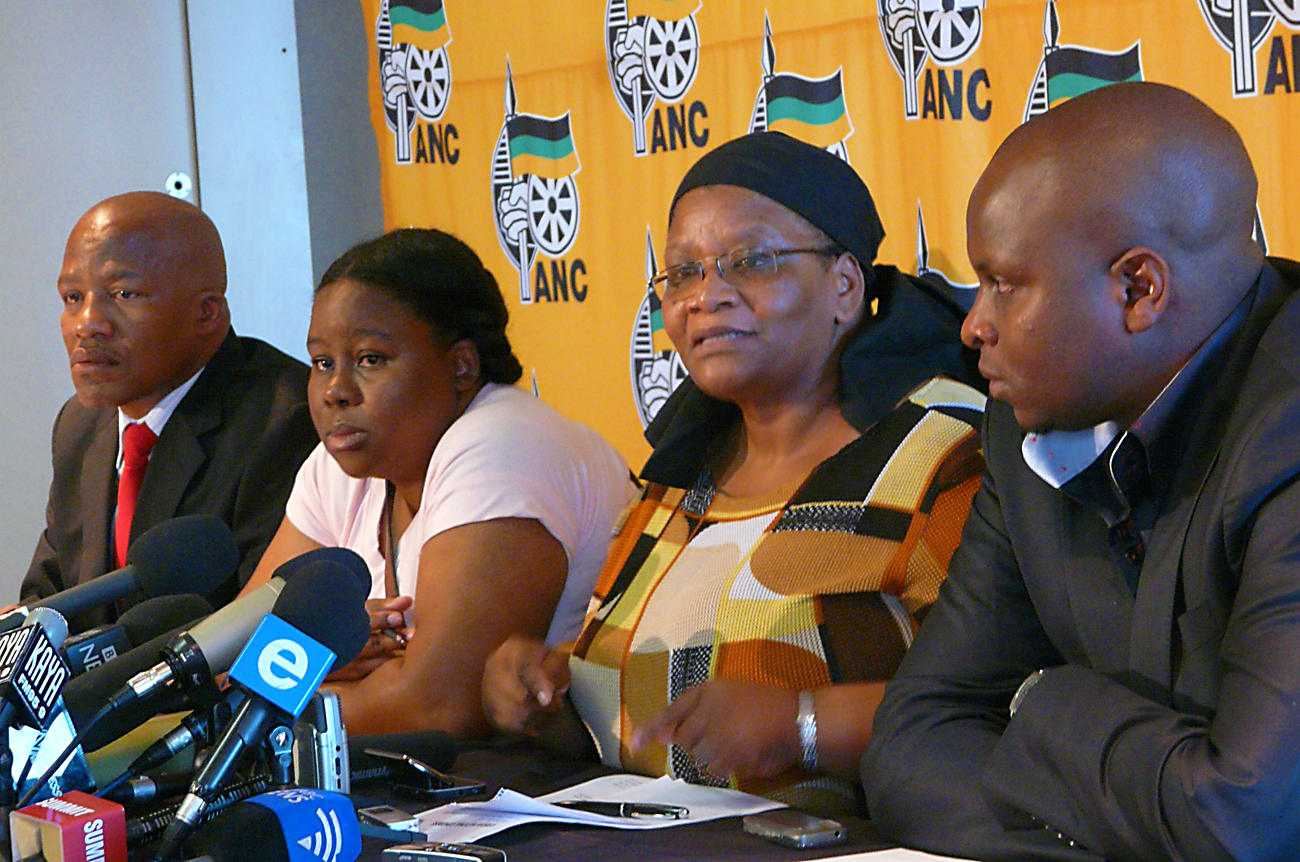 The ANC says that "charges have been preferred" against Julius Malema, although there are no actual charges as yet, and therefore no timeline for disciplinary action against him. Now, it would like everybody to please go away. Actually, no, scratch that "please".

Contrary to media reports on Tuesday morning, the ANC said it is in the process of moving towards formal disciplinary charges against its Youth League leader Julius Malema. It just won’t say what the charges are, what they stem from exactly, how long it will take to investigate them, who is complaining, what could be done to him if he is found in breach of the rules. Also, it won’t talk about it.

Deputy secretary general of the ANC, Thandi Modise, first said that “charges had been preferred”. Then she said a notice had been issued to Malema (the nature of which she didn’t specify) but that there were as yet no formal charges. Then she asked everyone to stick to their own business.

“We wish to re-state that the issue of disciplining in the ANC belongs to the structures of the ANC and that this therefore is not a matter for the public or the media…” she told a packed media conference in Luthuli House, the ANC headquarters. “We are asking for space to be allowed to do things as we have so determined in our constitution.”

Sitting on Modise’s right hand, Youth League secretary general Vuyiswa Tulelo said nothing Malema says or does is his own. “Julius speaks on behalf of the ANC,” she said. “Let’s reiterate the obvious: Malema did not say or do anything that he did as Julius Malema from Seshego who is a member of the ANC, he did that as the president of the Youth League.”

Does that mean that the charges are against the Youth League rather than Malema in person? Apparently not. But that distinction is more than a little hazy.

Will Malema accept a disciplinary decision that doesn’t go his way? Of course. When will there be such a decision? Well, deadlines for such a process only kicks in once there are actual charges. When will there be charges? Don’t push us. And so it went, with plenty of accusations against the media for making stuff up, as is enshrined tradition at any ANC press conference.

There were a couple of fairly peripheral matters where there was a little more clarity. Jacob Zuma is apparently quite angry at the Youth League’s support of Robert Mugabe and his insults against Zimbabwe’s MDC – and has called the League to order on that. Although how, exactly, and what the implications of that is, well, we didn’t get to hear that either.

There was another matter the ANC and the Youth League were quite clear on: Julius Malema has apologised for kicking BBC correspondent Jonah Fisher out of the same press conference where he also flouted a call to not talk about the murder of Eugene Terre’Blanche.

That seemed a remarkable statement, given that the only time Malema addressed the matter outside of specific one-on-one interviews was in a press release, carrying his name, in which he said he would never show remorse, invited Fisher to apologise to him, and further insulted the BBC.

That statement read, in part: “We are not remorseful on our stance and will never be remorseful about disrespectful Journalists; particularly from countries whose media always undermine the credibility and integrity of African leaders. Our doors are however open for engagement with the Journalist if he intends to render an apology and we will from there decide what will happen. We will forever remain as defenders of free speech and media freedom, but these should be expressed within certain confines, such as respecting our space.”

But Modise insists Malema has apologised and that the matter is closed (unless the Daily Maverick would like Malema to grovel), so presumably that incident will not form part of the eventual charge sheet.

Watch: What, you want him to grovel? (The Daily Maverick video)

Where does that leave relations between the ANC and the Youth League, and how strong is Jacob Zuma’s position within the ANC after this fiasco? For that you’ll have to read our analysis piece coming up this afternoon.