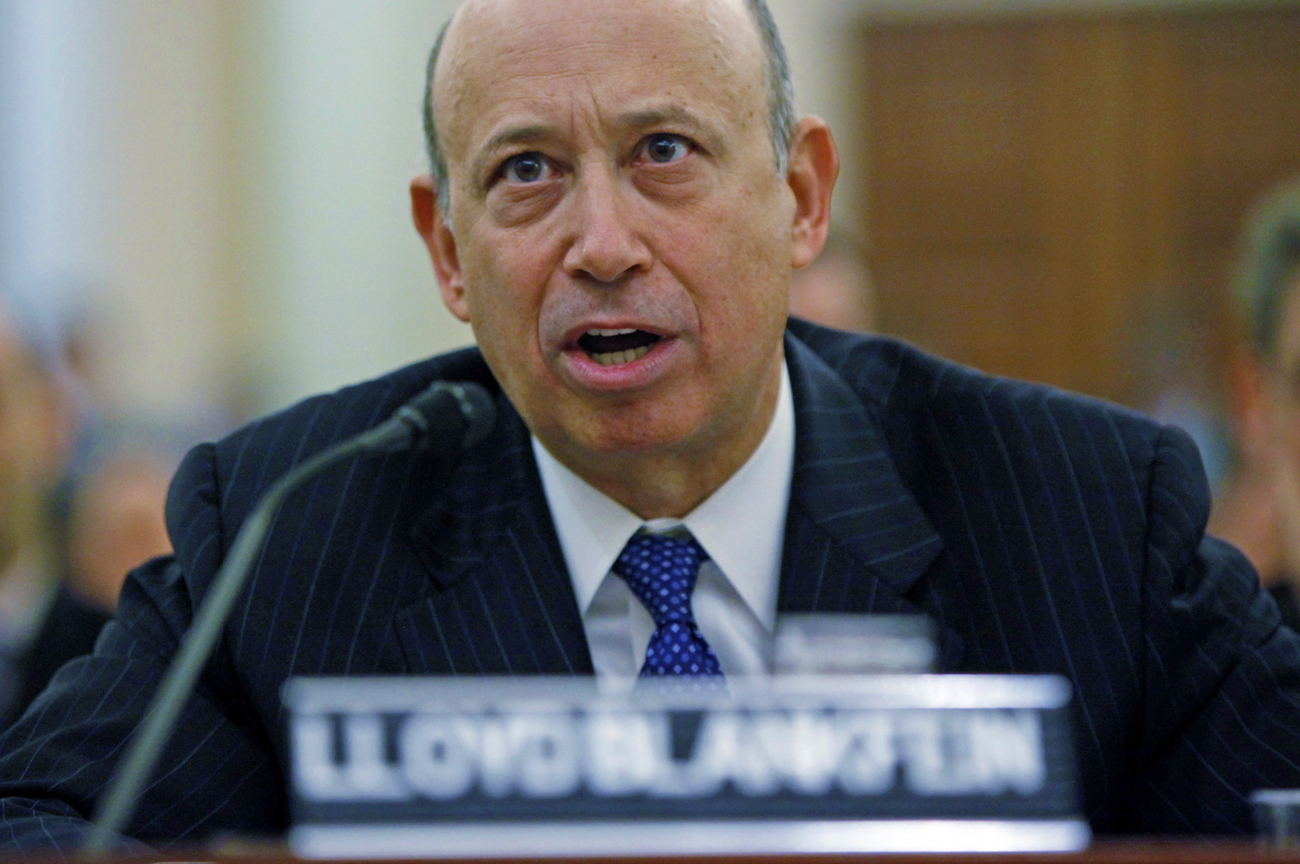 As the world's coming back to work this week, the extent of Goldman Sachs' problems is only now beginning to surface. And, though it may take years, it sure looks like the world's premier financial institution will be badly hurt.

The American securities and exchange commission charged on Friday that Goldman Sachs had organised a very special investment bond fund – Abacus 2007-AC1 – in association with a key hedge fund operator. Abacus was based on bad mortgages that were near-guaranteed bets to fail. While a favoured few hedge funds were urged to sell this bond short, the vast majority of investors, including British and German banks and insurance giant AIG, were sold the bond as one of those great Goldman Sachs-style investments. The SEC’s filing of securities fraud charges roiled stock markets almost immediately with Goldman Sachs shares falling some 13% on Friday and markets today girding their loins for the continuing fallout.

Serious stuff, yes, but we simply have to begin today’s lesson on corporate morals and manners with a story in Paul Krugman’s column in today’s The New York Times. Krugman writes: “Last October, I saw a cartoon by Mike Peters in which a teacher asks a student to create a sentence that uses the verb ‘sacks’ as in looting and pillaging. The student replies, ‘Goldman Sachs’. Sure enough, last week the Securities and Exchange Commission accused the Gucci-loafer guys at Goldman of engaging in what amounts to white-collar looting.”

The Goldman Sachs warriors have gone from being “masters of the universe” and Wall Street’s veritable rock during the Great Recession to a new synonym for the corporate equivalent of Attila the Hun’s raids – in just one easy step. While only one Goldman Sachs manager was initially named by the SEC, The New York Times has already reported on Monday that in interviews with former Goldman employees, it is clear senior bank executives (i.e. more than one bad egg) played a pivotal role in overseeing their mortgage unit – the unit responsible for Abacus – just as the housing market was beginning to tank.

Beyond the SEC charges and the likely repercussions on stock exchanges (and even on petroleum futures, by virtue of Goldman Sachs’ holdings that some expect may have to be liquidated to pay off future fines or settlements), it seems the fire is spreading to Europe as well. Britain’s Prime Minister Gordon Brown has called for the UK’s financial services authority to investigate the mess. On BBC-TV, Brown seemed particularly angry at Goldman Sachs’ reported plan to pay some £3.5 billion (R40.3 billion) in bonuses to Goldman Sachs’ employees – in some cases for as little as a third of the year’s work. Or as Brown roared on the tube, “I am shocked at this moral bankruptcy. This is probably one of the worst cases that we have seen.”

Okay, we’ll discount a bit for electioneering – Brown’s in a tough fight to stay on as prime minister – but that’s still strong language that will almost certainly resonate with the public. And now the Germans have added their voice as well, saying they will be expecting some detailed information about the SEC’s case. And we’ll lay odds that the Germans will hang in there on this one. Why? Well, for one thing, Goldman Sachs is already in a wee spot of trouble with the Europeans over an EU investigation into a 2002 swap deal it did with Greece (you may recall the Greeks have some current economic troubles that are giving the Germans fits). This deal may well have helped the Greeks hide the very budgetary troubles that have been at the centre of the eurozone’s Greek financial crisis.

Both the British and Germans had to bail out banks that apparently weren’t privy to the “sell it short” plan and consequently lost hundreds of millions of dollars in investment vehicles Goldman Sachs marketed to the hoi polloi. In Britain, this included the Royal Bank of Scotland (RBS) that took on the designed-to-fail bonds through its acquisition of parts of ABN Amro – when that bank collapsed.

According to the SEC, the RBS had to pay Goldman Sachs $841 million to get out of ABN Amro’s transactions. The problem for Brown, of course, is that UK taxpayers now own 84% of the Royal Bank of Scotland after that bank was partly nationalised by the government when the RBS was, itself, tottering on the brink.

Meanwhile, across the North Sea, the IKB Deutsche Industriebank AG lost almost all of its $150 million investment in Goldman Sachs’ too-good-to-be-true mortgage bonds, according to the SEC. This is all very complicated, but stay with us on this one. IKB’s problems sprang from its Rhineland Funding investment vehicle’s inability to cover its own needs for funds when it became overexposed to those nasty US subprime loans. That lender’s biggest shareholder at the time, in turn, was Germany’s state-owned KfW development bank. Because of all this sturm und drang, the German banking industry then had to pony up a multibillion-euro rescue package for IKB. After everything had settled, IKB ended up being sold two years ago to the US-based organisation, Lone Star Funds, for $223 million, a relative pittance.

In response to these newest Goldman Sachs allegations, the German newspaper, Welt am Sonntag quoted Chancellor Angela Merkel’s spokesman, UIrich Wilhelm, saying German regulator BaFin will be asking the SEC for more detailed information, noting, “After a careful evaluation of the documents, we will examine legal steps”.

This latest Goldman Sachs attack may also put some wind into the sails of Barack Obama’s financial reform package now being debated in the US Congress, as well as various efforts aimed at even stronger regulatory measures in Europe. And besides reading like one of those financial thrillers you would buy at an airport, if you could board a plane, it also reads like lots of very unhappy investors – now spreading across Europe like that Icelandic volcanic dust – will be talking with lots of eager lawyers who will be only too happy to take Goldman Sachs to task anywhere they can find a judge who will listen to them.

Financial law specialists in the US remain somewhat divided on the merits of the SEC’s case. Wayne State University’s Peter Henning, himself a former SEC attorney, said that “to fight the case, they [Goldman Sachs] have to focus on the investors. These were very sophisticated investors who weren’t fooled by these transactions.”

On the other hand, Adam Pritchard, who teaches securities law at the University of Michigan, said the SEC’s inclusion of IKB was important. “I think the SEC has a pretty good argument here. Conflicts are presumed, so the fact that Goldman had clients that were betting against these CDO’s [collateralised debt obligations] is scarcely material … It is one thing to know that there are others betting against you; it is quite another to know that the people betting against you are selecting the bets.” You bettcha!