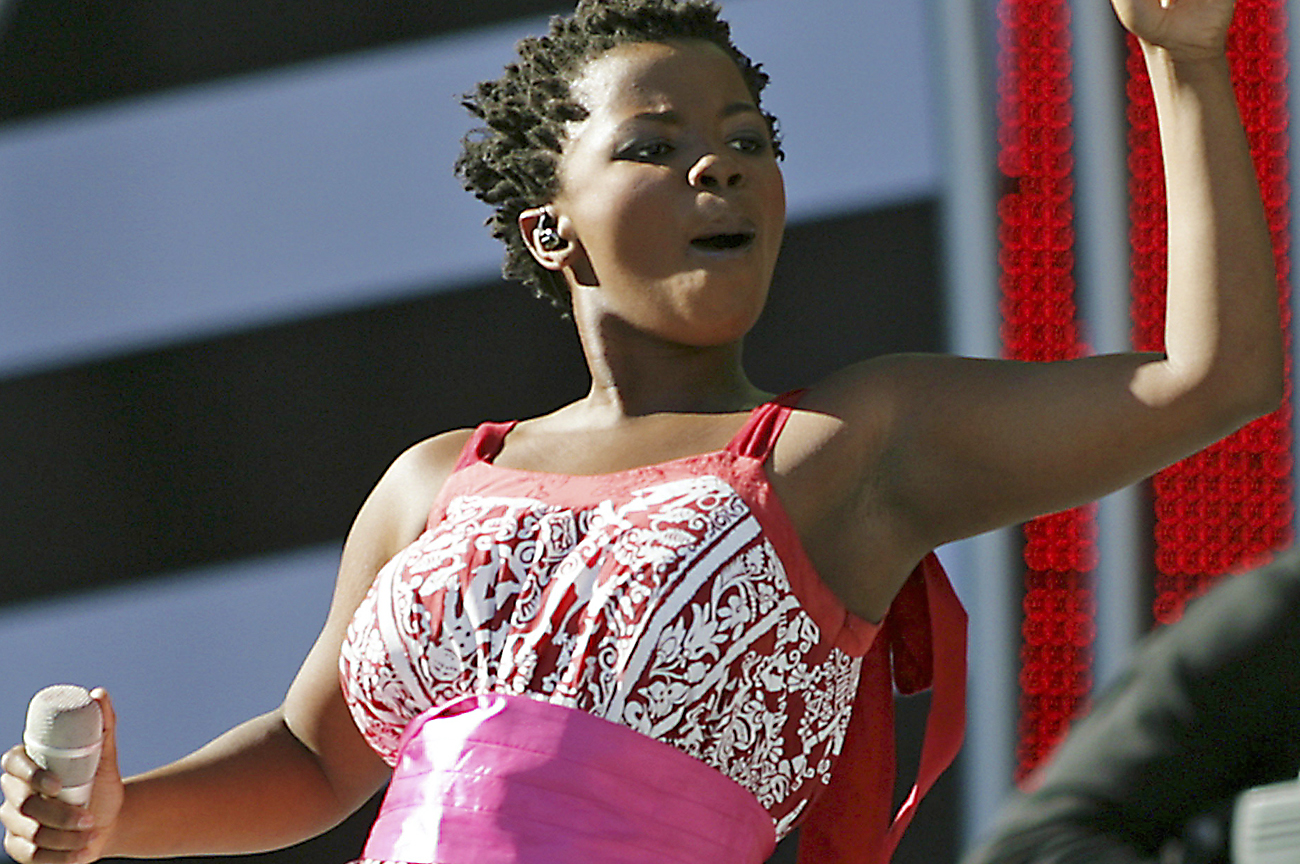 It’s been a long road from Mowbray Kaap. But now that Freshlyground are singing the Fifa 2010 anthem (with Shakira), they could just hit the big time. And maybe local artists will stop complaining about their lack of opportunities during the World Cup.

It’s Time for Africa – that’s the name of 2010 World Cup anthem, by Freshlyground and Columbian pop diva Shakira, that’s expected to hit the airwaves next week. Freshlyground made the announcement on Friday, though so far there’s a lack of information. Did the band have any input in writing the song or will they merely perform it? How long have they been in negotiations with Fifa? Who will own the copyright to the  music? (Okay, given Fifa’s tendency to slap a trademark on anything remotely connected to soccer or the 2010 tournament, it’s not too hard to come up with an answer to that one.)

In mid-March, when Fifa announced the line-up for the Kick-Off Celebration Concert at the Orlando Stadium, there was an outcry from local musicians who felt underrepresented at the event. Only three South African acts – BLK JKS, The Parlotones and Vusi Mahlasela – were scheduled to perform, with the rest of the line-up comprising other African and international artists.

On 7 April Fifa secretary general Jérôme Valke criticised the reaction, emphasising the global nature of the World Cup. “Yes, this is Africa’s World Cup, but it is also an international event,” Valcke said. He also noted that the line-up for kick-off concert had already been decided. “And whatever I am hearing and reading, I close my eyes and ears and I will just say I am sorry because it is too late.”

It seems Valcke hasn’t yet got to grips with African time. On Tuesday the local organising committee, minister of arts and culture Lulama Xingwana and the Creative Workers’ Union of SA met to discuss local artists’ concerns, and an agreement was reached that more South African artists would be represented in the line-up.

Then on Friday, Freshlyground announced they would be singing It’s Time for Africa, with Shakira. The song will be performed at the kick-off concert, the opening ceremony and before the final, and will be available for download from 26 April.

We’re still waiting to hear which other local artists will be added to the concert line-up, if any. But Freshlyground seem the obvious choice to sing the official song. Their eclectic influences (traditional African, jazz, and Western pop) lend them the authenticity to represent the host nation, while still making easy listening for the international ear.

The band was formed in Cape Town in 2002 and its current members are Zolani Mahola, Josh Hawks, Seredeal Scheepers, Kyla-Rose Smith, Simon Atwell, Julio Sigauque, and Peter Cohen. Freshlyground is no stranger to performing at big occasions – they played at the opening of parliament in 2004, and would have at the World Cup handover ceremony in Berlin in 2006 had it not been rained out.

Freshlyground’s biggest hit is Doo Be Doo from their 2005 album, Nomvula. Whether you loved it or hated it (or liked it at first, and then became annoyed by the constant airplay), it’s a damn catchy tune. Here’s hoping the band had some artistic input into the writing of It’s Time for Africa, and are not merely going to be singing Fifa’s tune.

And the fact that Freshlyground is teaming up with Shakira? Far from detracting from local music, this gives a South African band greater exposure to the Latin and world markets than would have been the case had it been purely a local effort.

What precisely this global exposure will mean for the band after the last ball has been kicked in the World Cup is anyone’s guess. But, if we’re lucky, Freshlyground will earn enough money to buy the rights to Britney Spears’ Baby one more time, and release their kick-ass klezmer version on their next album.