Eyjafjallajokull’s blow to SA authors: Thor’s fault or the EU’s? 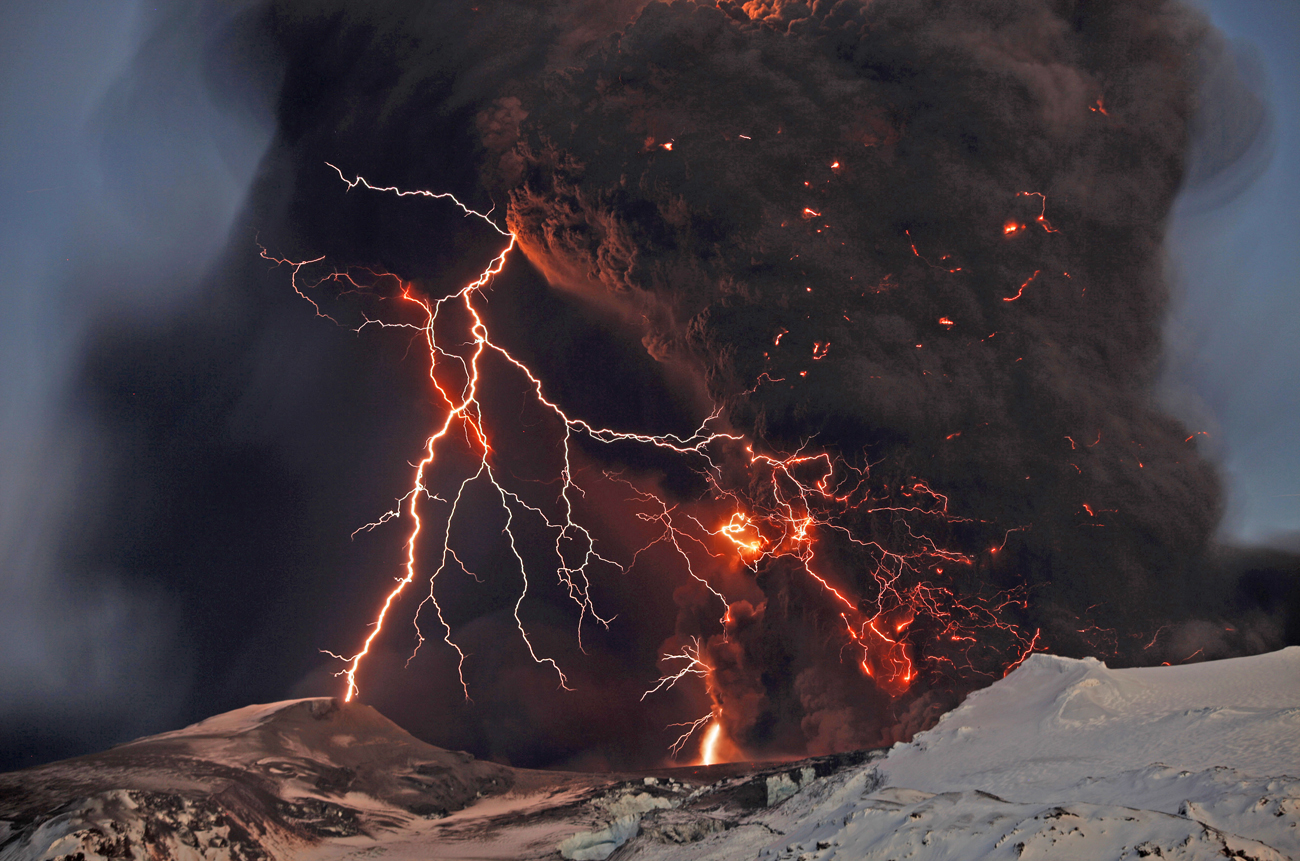 While the ban on flights continues, there’s a story running in the British press which suggests that European airspace needn’t have been shut down for so long. This is a sickening idea for South African publishers and authors (including the author of this piece), who were meant to take part in the market focus programme at the 2010 London Book Fair.

The Eyjafjallajokull volcano in south-east Iceland has been dormant for 187 years. The last time it erupted, in 1821, it carried on smoking until 1823, and caused something called a “glacial lake outburst flood” – a benign scientific term for a violent natural event that can kill everyone in its path (and in Iceland in the early nineteenth century, almost did). Before that, Eyjafjallajokull erupted in 1621 and 920. Significantly, there’s no record of a disturbance to international travel during either of those earlier dates; in fact, the age of Viking expansionism continued apace for another 144 years after the 920 eruption.

Maybe the Vikings knew something modern Europe does not – for instance, it never pays to take the Norse gods less than a hundred percent seriously. With the British government on Sunday night announcing plans to retrieve its stranded citizens with the aid of Her Majesty’s navy, and some airlines expressing concern about their ability to keep sustaining US$200-million-a-day losses without state intervention, the lesson in all of this could be that daily libations to Thor, God of thunder, aren’t such a bad idea. (It will be remembered, too, that Eyjafjallajokull first made its presence known to airline passengers last Thursday, a day that takes its name from the hammer-wielding son of Wotan himself).

Absurd, sure, but then so is the idea that a volcano in Iceland could scupper the plans of millions of people worldwide by entirely closing down northern European airspace. And it’s just more absurd, I’m unhappy to report, when you’re one of those millions.

I was due to fly from Johannesburg to London on Friday night, to launch my book Ways of Staying in the UK and to represent the delegation of South African writers that were supposed to be a key focus of events at the 2010 London Book Fair from April 19 to 21. It goes without saying that when something you’ve been looking forward to for months is cancelled at the eleventh hour, you’re going to be a little disappointed; what they don’t tell you (“they” being the proverbial “them,” the men in conical yellow hats underneath the Vatican, or in this case perhaps the guests at Wotan’s celebratory banquet in Valhalla) is how your disappointment rises in direct proportion to the randomness of the occurrence that has immobilised you.

A volcano in Iceland. I was first made vaguely aware of the implications on Thursday afternoon, by my South African publisher, while we were discussing plans to meet up at Earl’s Court in London. “What? Never. Tell me another one.” Later in the afternoon I remembered the conversation and turned on the TV. Sky was running its alarmist yellow-and-black breaking news ticker: “All flights into and out of the UK grounded at least until 7am tomorrow.” When your mind refuses to register what your eyes are telling you, the only response is to carry on watching.

By Friday morning, like the extended airspace shutdown, my disappointment was complete. Along with hundreds of thousands of others worldwide, I left the TV screen to go in search of an alternative route – a train from southern Spain, a bus from Italy, a dhow from the north coast of Africa. Nothing. The best I got was on Saturday, when British Airways wait-listed me for two flights due to leave on Wednesday, and which with every passing hour look more likely to be cancelled.

But that’s just me, of course. The full scale of the fallout from the Eyjafjallajokull volcano is yet to be measured. What we know at midday on Monday is that some airlines will go bankrupt unless the ash cloud disperses soon, that senior statesmen were forced to miss the funeral of Polish president Lech Kaczynski and his wife on Sunday, and that European economies could face a major setback unless stranded travelers get back to work.

We also know that there’s a chance this whole thing was just a giant mistake. Sickeningly, both the Guardian and Telegraph – not British newspapers known for their sensationalism – reported on Monday that the skies above Europe may have been fit to travel after all. Test flights conducted by KLM, Lufthansa, Air France and British Airways over the weekend showed no damage to aircraft engines from the supposedly lethal volcanic ash, and all planes returned safely to the ground.

“This is a European embarrassment and it’s a European mess,” Giovanni Bisignani, director-general of the International Air Transport Association, told BBC radio after the results of the test flights were in. “It took five days to organise a conference call with the ministers of transport. Europeans are still using a system that’s based on a theoretical model, instead of taking a decision based on facts and risk assessment. This decision [to close airspace] has to be based on facts and supported by risk assessment. We need to replace this blanket approach with a practical approach.”

If it’s indeed the case that Europe’s airspace needn’t have been shut down all this time, then the authorities responsible deserve everything that’s coming to them.   Affected travelers have been looking to airlines and insurance companies in the hope of recouping the cost of flights, accommodation and meals, but maybe they (we) should be looking instead to European governments. Whoever’s to blame, though – be it Thor or the EU’s transport ministers – it’s unlikely that anyone will be able to properly compensate South African literature for the opportunity it has now lost.

Terry Morris, managing director of the South African office of Pan Macmillan, is candid about what Eyjafjallajokull means for the local pubishing industry. “We’ve always had a presence at the London Book Fair,” she told The Daily Maverick. “But this was one time when the authors would be there. The UK media was involved. There were events planned for UK bookstores that were going to get the wider British public interested in South African literature. [Author] Chris van Wyk was going to speak at British schools about Long Walk to Freedom. The broader effect [of the volcano] is very sad.”

The British, as everyone who’s been on the London underground knows, are inveterate readers of books written in their mother tongue. Aside from the US market, which tends not to acknowledge literature that isn’t about Americans, Britain offers the largest potential readership to English-language authors from the rest of the world. After the 2009 London Book Fair, where India was the focus country, Indian authors saw their profiles rise and their sales increase in British bookstores. South African authors, through no fault of their own, are not going to be as lucky.

Of the 47 South African authors that were due to be in London this week for the Book Fair, only twelve have made it. The rest are in Johannesburg or Cape Town, where sympathetic owners of well-known independent bookstores have agreed to put on ad hoc parallel events. In Cape Town on Monday night, the Book Lounge in Roeland Street will host the “Not the London Book Fair,” and in Johannesburg on Wednesday, Corina van der Spoel’s Boekehuis will host a similar event.

Another initiative symbolic of the desperation of the local book publishing industry right now is the attempt to charter a jet, an attempt that’s been treated with eager seriousness. If you see a South African author in your neighbourhood over the next few days, kindly give him or her a hug.

Photo: Lightning streaks across the sky as lava flows from a volcano in Eyjafjallajokul April 17, 2010. An Icelandic volcano that is spewing ash into the air and wreaking havoc on flights across Europe appeared to be easing up on Saturday but could continue to erupt for days or even months to come, officials said. REUTERS/Lucas Jackson