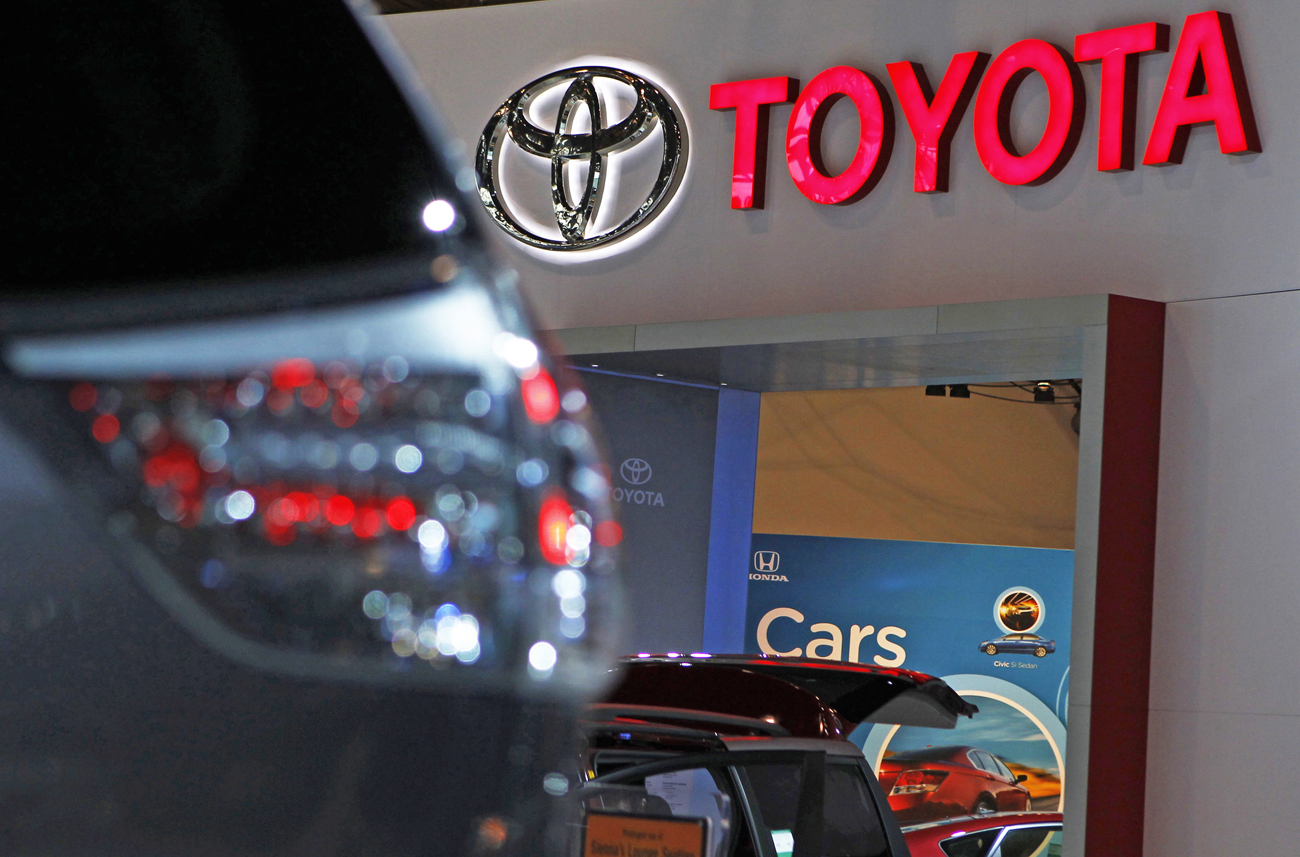 Toyota has agreed to pay a record $16.4 million fine for failing to alert US government regulators about circumstances in which accelerator pedals may stick and cause unintended acceleration problems on some of its models. The fine was levied by the US transportation department after the company recalled nearly 9 million cars worldwide for alleged defects. Considering that global car makers spend tens of billions of dollars on research and development each year, the fine’s just a slap on the wrist. It amounts to less than 2% of Toyota’s projected net income for the year ended 31 March, although the world’s largest car maker is likely to face far stiffer penalties from the many consumer and shareholder lawsuits that have been brought against it, as there are at least 57 individual suits claiming injuries or deaths caused by sudden acceleration incidents. Photo: Reuters.

Air traffic disruption caused by ash from Iceland’s volcanic eruption has already cost Europe’s biggest travel operator, TUI Travel, $30 million, and there’s more to come. UK-based TUI’s daily losses are running at nearly $10 million, after more than 100,000 of its customers were unable to fly home. It’s working with other tour operators to pressure regulatory authorities and governments to permit resumption of flights as soon as possible. The company says Britain’s government has been very slow to respond to the industry’s concerns, and that it didn’t have any clarity on when airspaces would re-open.

Greece and international lenders are hoping to finalise terms of a $61 billion loan this week, but talks in Athens with the EU and International Monetary Fund have been delayed because of the transportation crisis across Europe caused by Iceland’s volcanic eruption. The Greek government claims it won’t have to impose tougher austerity measures in return for the funds, after the public back home was said to be livid over the prospect that this might happen. The EU has been pressuring Greece to slash spending and raise taxes to reduce its 12.7% annual budget deficit derived from some $410 billion of debt. But Greek finance minister George Papaconstantinou claims that neither the EU nor IMF had asked Greece to take additional measures, after meeting his EU counterparts in Madrid.

Philips bounces back to healthy profit

Philips reported a pre-tax profit of $431 million for the first three months of 2010, compared with heavy losses in 2009, saying growth in its lighting business had led the recovery, on the back of an 18% rise in sales. The consumer electronics giant also said it sold more televisions than in the same period last year, sparking hope that the worst of the recession was behind it. Sales in emerging markets were also up, growing 22%, but CEO Gerard Kleisterlee acknowledged the results were always likely to compare favourably to last year.

In being among this year’s winners of the Goldman Environmental Prize — the most prestigious international award for environmental activists – Swaziland’s Thuli Makama investigated allegations that private park rangers have been killing suspected poachers in the tiny monarchy sandwiched between South Africa and Mozambique. But Makama says those killed are just from poor families living outside game parks where they occasionally hunt an antelope or warthog on protected land to survive. But the head of the kingdom’s conservation movement, Ted Reilly, says his rangers act within laws aimed at stopping poaching, often at great personal risk. Makama originally set out to mediate agreements that allowed people to collect firewood from wildlife parks, but ended up fighting to save lives.

Venezuelan President Hugo Chavez says the Chinese will give his country $20 billion in loans as part of increasingly warm ties between the two nations in recent years, driven by growing Venezuelan oil exports to energy-hungry China. The Chinese have also launched a satellite for Venezuela and sold it military aircraft. Chavez’s announcement follows other financing arrangements with China that have helped soften a sharp economic downturn in the country, including a $12 billion bilateral investment fund. Chavez needs the money as his government faces a cash crunch from low oil revenues caused by the Great Recession, and a lack of foreign investment prompted by the wholesale nationalisation of swathes of the economy by his leftist administration.

American book sales dropped 1.8% last year to approximately $23.9 billion (not adjusted for inflation), according to an annual estimate released by the Association of American Publishers. That means more people are reading online, or have stopped reading altogether because of the influence of 24/7 television and the Internet. E-books, such as Amazon’s Kindle, accounted for just 1.3% of all book sales, but their sales skyrocketed 176.6% over the previous year, indicating that more people are taking up this form of technology. An e-offering from publisher Barnes & Noble and the launch of Apple’s iPad are expected to further bolster such sales in 2010. Sadly, educational books for kindergartners through to 12th graders took the biggest hit in several categories, declining by 13.9%, after the US federal government cut spending at local municipality and state budget levels. But books for higher education, which are not government-funded, rose by nearly the same percentage.