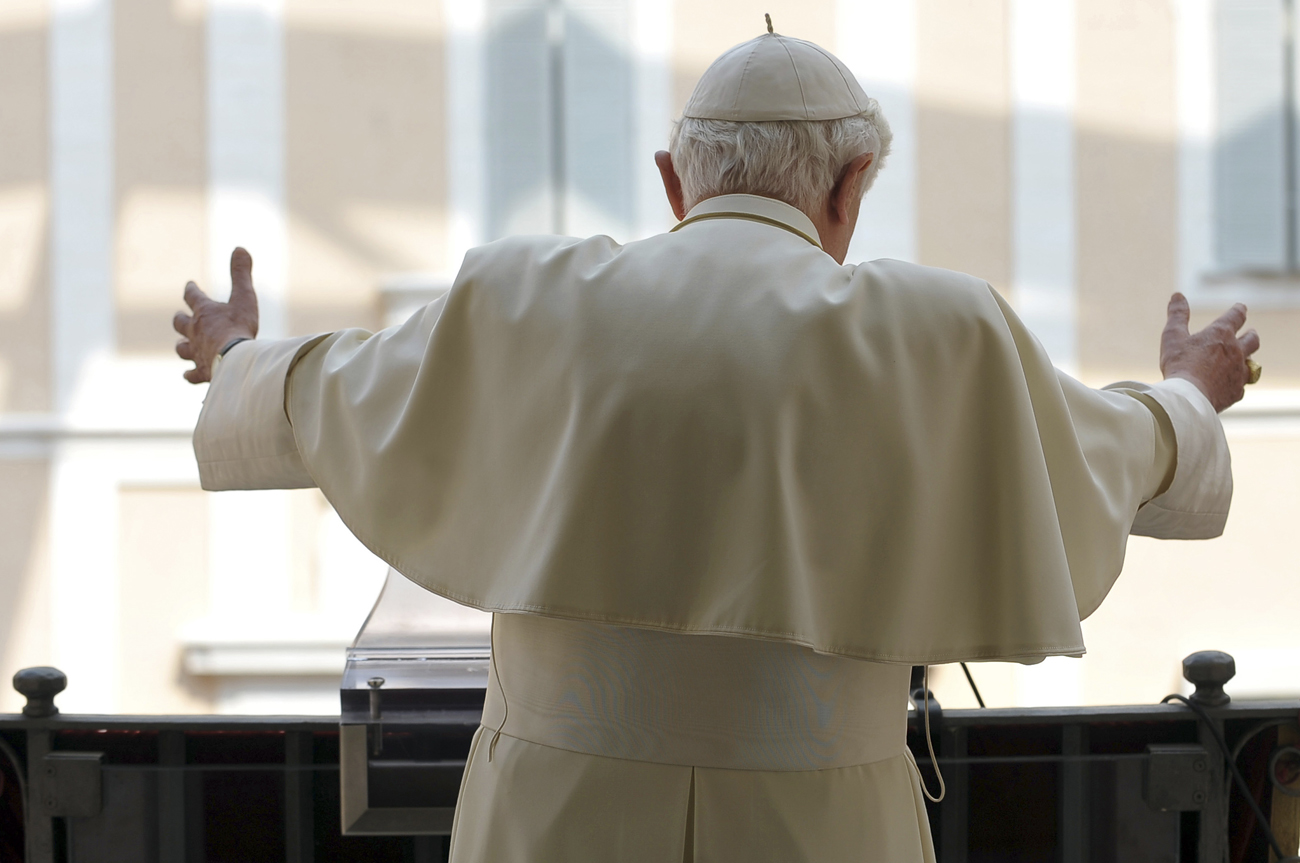 Over the centuries, the Holy Fathers have celebrated many birthdays while in the top office in Catholic hierarchy. Most of the time, they spent them quietly, loved and respected all over the world. This year, Pope Benedict XVI will not enjoy that luxury.

Benedict was born Joseph Alois Ratzinger on 16 April 1927 in Marktl am Inn, Bavaria, until he became the 265th Pope and took the name of Benedict XVI on 19 April 2005. After being ordained a priest and teaching theology at a number of German universities, he became  Archbishop of Munich and Freising, and then, 33 years ago, a cardinal. Four years later he became Prefect of the Congregation for the Doctrine of the Faith, head enforcer in the Vatican’s key enforcement office. Presumably his dream job, it has subsequently been the source of much of his troubles as pope.

When he was 14, he joined – or was conscripted – into the Hitler Youth, something that has been a point of controversy for many of his critics, although participation was legally required for boys 14 and older. By all accounts, he was a desultory member and his father was a serious opponent of the Nazi regime. In 1943 he was in a seminary, but was then drafted into a German anti-aircraft corps towards the latter part of the war. With the war nearly over, he deserted his unit, drifted back home and ended up interned in a POW camp for some months until he returned to the seminary at the end of 1945. Ratzinger’s dissertation was on St Augustine and his habilitation (a qualification for professorship) was on St Bonaventure.

Like his predecessor, Benedict is usually seen as theologically orthodox, with teachings and writings that enforce traditional Roman Catholic doctrine and values. Since becoming pope, he has forcefully advocated that Europe return to fundamental Christian values as a response to the continent’s growing secularisation. Benedict is a fierce defender of the church’s objective truth and has argued that the denial of these moral truths has become the central moral problem of the 21st century.

He became pope at the age of 78, the oldest person elected since Clement XII in 1730 and is the ninth German elected – his most recent German predecessor became pope a half a millennium ago. As one would expect, Benedict is one heck of a linguist, speaking German, Italian, French, English, Spanish and Latin, as well as having a reading knowledge of ancient Greek and Hebrew, but by all accounts he’s apparently theologically tough-minded in every one of them.

Teaching at Tubingen University, he wrote that the pope had a duty to hear differing voices before making a decision, even as he was distancing himself from the Marxist leanings of the 1960s student movement in Germany. Increasingly, however, Ratzinger began to see developments such as decreasing respect for authority among his students as part of a larger departure from traditional Catholic teachings even though Ratzinger said in a 1993 interview, “I see no break in my views as a theologian”.

He became a cardinal in 1978, and then Prefect of the Congregation for the Doctrine of the Faith (where he eventually earned his sobriquet as “God’s Rottweiler” and the “Panzer cardinal”) in 1981, a position he held for nearly a quarter of a century. This is the office that used to be the Holy Office – and thus the historical home of – wait for it – the Inquisition. Ratzinger’s institutional charge was to defend and reaffirm church doctrine on virtually all those nasty ecclesiastical hot buttons, such as birth control, homosexuality and inter-religious dialogue, as well as clerical sexual misconduct – in effect the church’s high court. A key document was his 2001 missive, “De Delictis Gravioribus”, that clarified the confidentiality of internal Church investigations into accusations of sexual abuse. Much of his current difficulty stems from this period.

Even before he was elected pope, Ratzinger was already being touted as a likely candidate and one of the 100 most influential people in the world by Time magazine, and on 19 April 2005 he became Pope Benedict XVI. On his election he commented, “At a certain point, I prayed to God ‘please don’t do this to me’… Evidently, this time He didn’t listen to me”. Soon after his election, he read his speech to the faithful gathered at the St Peter’s square; the speech itself was a single-spaced, five-paged text that was miraculously prepared in less than an hour by the man praying not to become a pope.

A key early controversy for Benedict has been his awkward dialogues with other religions and religious leaders. Some of his remarks on Judaism have generated – well – issues. For one thing, he expanded the use of the Tridentine Mass (with its traditional prayer for God to lift the veil so that Jews may be delivered from their darkness) and his lifting of the excommunication of a Holocaust denier. Then there was that small matter of his contretemps with Islam when his lecture at the University of Regensburg quoted a 14th century Byzantine emperor who had written, “show me just what Muhammad brought that was new and there you will find things only evil and inhuman, such as his command to spread by the sword the faith he preached”, even though the Vatican insisted Benedict had only quoted the man as a sort of devil’s advocate. Oops. To keep things boiling right along, he received the Dalai Lama (irritating the Chinese), and then, while in Brazil, Benedict said the indigenous populations had been “silently longing” for the Christian faith carried to the Americas by gentlemen like Pizarro and Cortez. Ouch, again.

Of course, the big enchilada for him has been the  ongoing, growing revelations of wide-spread, even global sexual abuse of children by priests and the glacial pace of the church’s attempts to deal with this – as well as increasingly strident efforts by church officials to either downplay the controversy, blame the victims or insist that the real issue was all those impatient, rude journalists who keep insisting on following the story and asking unpleasant embarrassing questions about the problem.

This is a story that does not yet have a final chapter, but it seems likely to dog Benedict throughout his papacy – unless there are more serious efforts to deal forthrightly with the scandal itself – as well as the church’s way of dealing with its accusers without shooting the messenger.