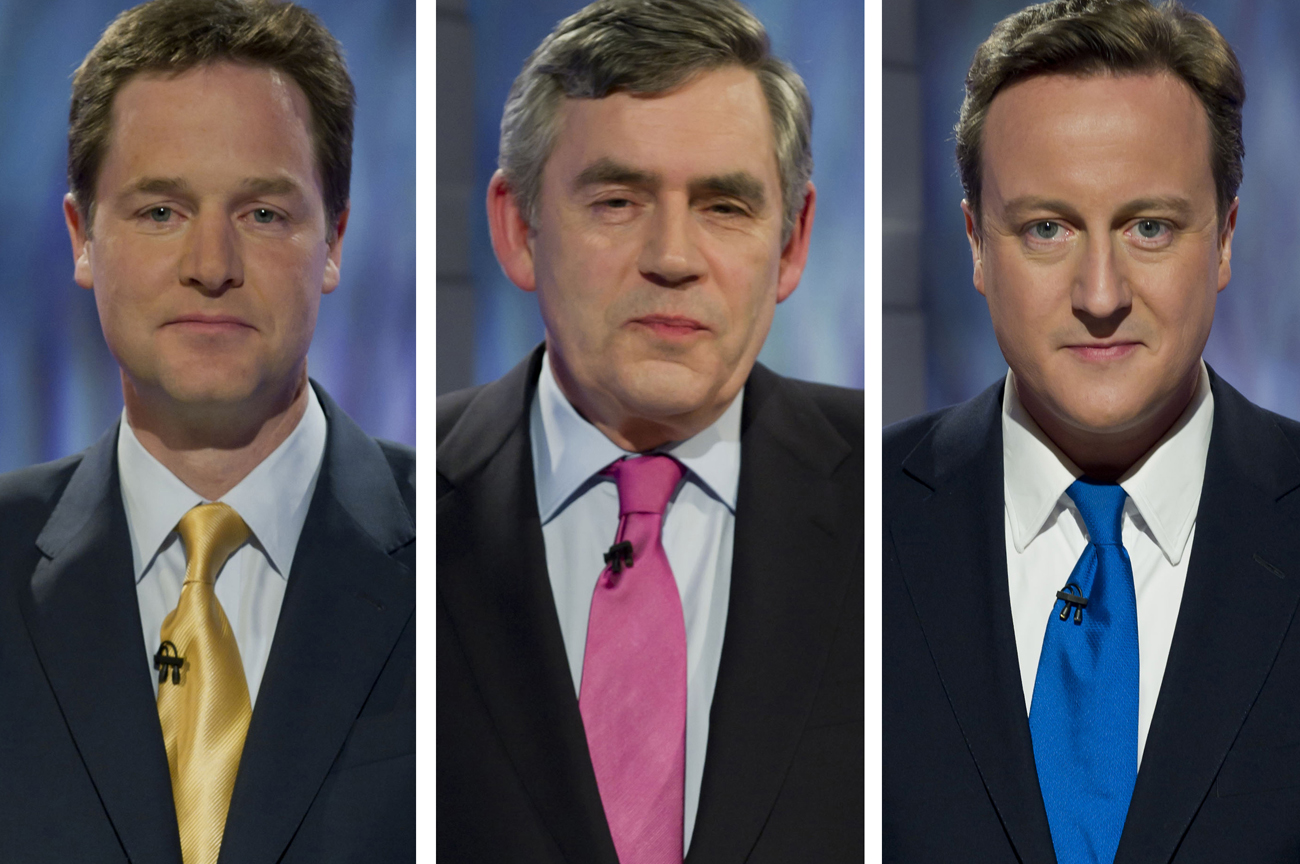 While Gordon Brown attacked David Cameron during the 90-minute encounter, accusing him of “airbrushing” planned spending cuts and Tory leader Cameron accused Brown of trying to “frighten” voters; it was Nick Clegg who actually dominated the proceedings. And two UK snap polls taken just after the debate indicated Clegg was the “winner” of the event.

According to BBC Political Editor Nick Robinson, the key importance of this – the first of three debates – was the injection of Lib-Dem leader Nick Clegg into the nation’s consciousness, even as little was said that changed the tenor of the general election campaign. As Robinson commented, the key memory of the contest on the part of viewers may well be “the other leaders saying ‘I agree with Nick’”.

Thursday night’s debate on ITV1 was the first of three debates that will take place in the lead-up to the May 6 general election. The audience sat totally silently (no applause, clapping, cheering or booing – not to mention frowning or smiling – was allowed) throughout the event, except when several pre-selected individuals asked their questions. For the non-British observer, it seemed striking how so much of the debate focused on tweaking the protective cushion of Britain’s nanny state – as in, who would most aggressively preserve or extend benefits to the sick and the elderly, and who would cut costs, trim fat and fight waste – rather than how best to shape the UK to deal imaginatively with the challenges the country faces in the wake of the Great Recession.

Perhaps the biggest clash came over policies to reform Parliament: changing campaign finance laws, cutting parliamentary members’ numbers, enforcing expenses claims, and policing its members’ financial behaviour. Lib-Dem Nick Clegg took on both opponents sharply at this point, with a: “You blocked it. You (Mr Brown) wanted to protect your union paymasters and you (Mr Cameron) wanted to protect Lord Ashcroft in Belize.”

Smaller parties like the Scottish National Party were not part of this debate and its leader, Alex Salmond, snapped: “Over half the debate should have been captioned ‘Except for viewers in Scotland’. It was billed as a historic event but what we got was three Westminster politicians looking the same, sounding the same and saying nothing of relevance to Scotland.” Take that – Gordan, David and Nick!

For this viewer, the dull, washed-out set and the truly awful neckties worn by all three men were key. Where did all those British set dressers and personal branding experts go on Thursday night?

For more, see the BBC and the Guardian.