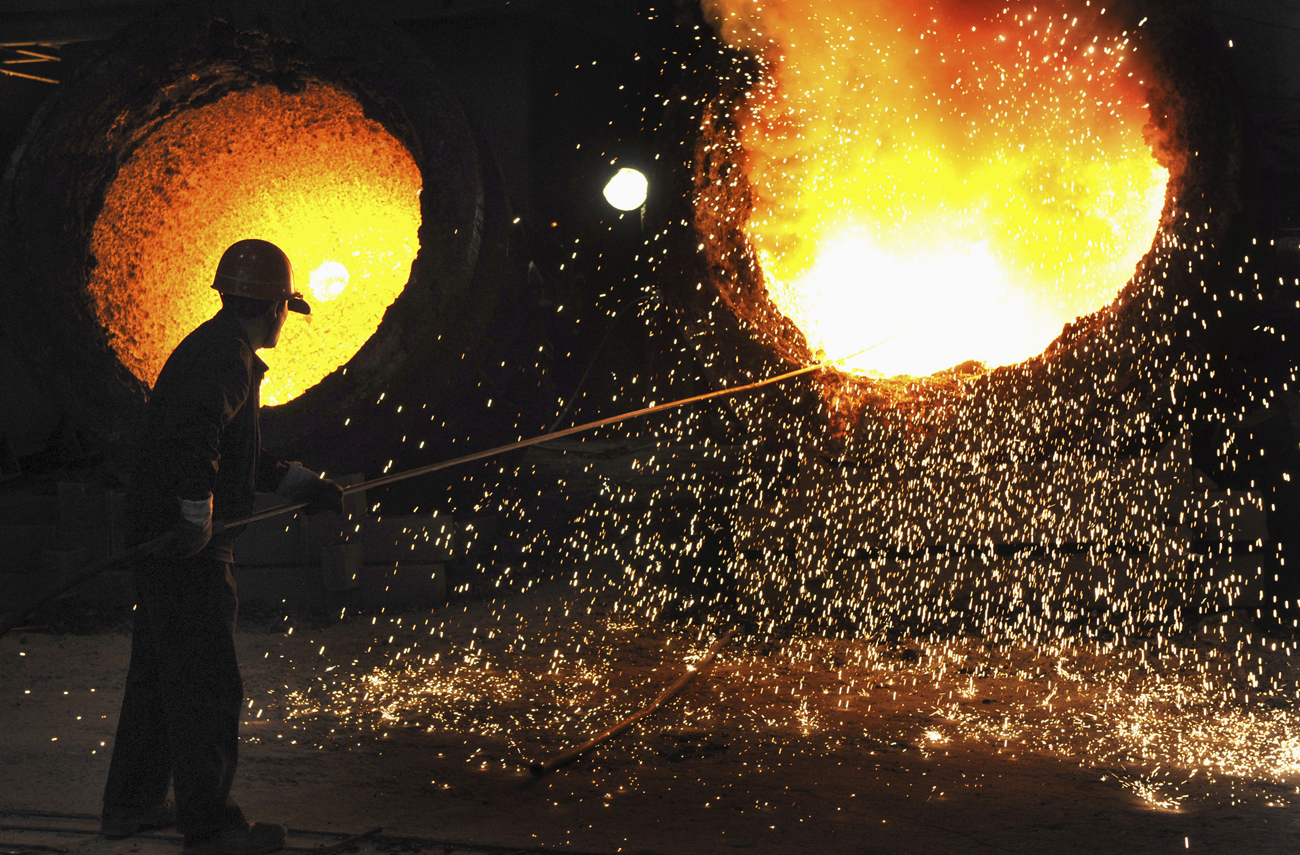 China’s economy is booming, with the latest stats saying gross domestic product powered to an annual rate of 11.9% in the first quarter of the year, while consumer price inflation remained surprisingly low at 2.2%, with producer price inflation of 5.9% against an expected 6.4%. The red-hot growth is bound to further raise tensions over the value of the country’s yuan currency, which the US and EU suspect is between 25% and 40% undervalued. They say this gives Chinese exporters an unfair trade advantage, and sucks manufacturers from their shores. But Chinese bank lending of some $1.4 trillion last year and an economic stimulus package of about $700 billion may be stoking problems for the economy down the line. The Chinese property market has been spiralling skywards, causing analysts to say there’s the possibility of overheating, but strangely enough, the expected rise in inflation hasn’t occurred. Not yet, at least.

Russian and German authorities are probing Hewlett-Packard for bribery, after the tech firm allegedly handed an $11 million backhander to the Russian prosecutor general’s office to ensure it was given a contract worth nearly $50 million. The prosecutor general handles lots of corruption cases, so there’s some fabulous irony in this tale. The Germans reckon computer equipment including desktops, laptops, and servers were sold through one of HP’s German subsidiaries. So HP’s Moscow office was raided this week by Russian investigators looking for any supporting documentation. It seems the bribe was laundered through bank accounts and shell companies in (wait for it) Britain, Austria, Switzerland, the British Virgin Islands, Belize, New Zealand, Latvia, Lithuania and even Delaware and Wyoming in the US. HP says the alleged conduct occurred almost seven years ago and was largely undertaken by employees no longer at the company, adding that it’s not appropriate to comment further at this time. You bet it’s not.

China’s biggest maker of phone equipment, Huawei Technologies, would love to get a bigger bite of the US market (and that means a bite of Apple’s market share, and no doubt, of the Big Apple’s market, too), but didn’t say whether it was interested in purchasing Palm, the maker of the Pre smartphone. Reports say Palm approached Huawei about a merger, but that it’s too early to say where talks might go. The Shenzhen based company has fought in vain to make inroads into the North American region, so by buying Palm, it would be better able to compete with smartphone makers including Apple and Research In Motion. It’s now a game of wait and see.

Twitter’s reached the more-than-100 million users mark and has turned its focus to revenue generation after concentrating mainly on improving users’ experiences in the early years. Now it hopes to garner hundreds of millions more Tweeters by making the service more available on mobile devices. It’s just launched its new advertising programme called “Promoted Tweets,” in a first attempt to make money and set itself on the path of an initial public offering. The site draws about 180 million unique visitors monthly, according to new figures, which is a heck of a lot more than the 70 million some digital analysts previously suggested. Now, the US Library of Congress is adding Twitter posts to its vast collection of books and manuscripts, registering events of historical importance such as the ordeal of photojournalist Jack Buck, who was able to seek help from Twitter users after being arrested in Egypt in 2008.

Danish hotel tells guests to get on their bicycles

The Crowne Plaza Hotel in Copenhagen is offering free meals to guests who produce electricity for the establishment by using exercise bikes attached to a generator. Some 35% of the Danish capital city’s residents’ commute by bicycle, so getting people fit while reducing their carbon footprint is likely to appeal to many guests. Someone of average fitness has to cycle for 15 minutes to win his or her freebie, adding to the renewable energy the hotel generates from solar panels on its facade. In addition, the bicycles will have iPhones attached to the handlebars measuring how much power is being generated for the hotel. Who would have thought a phone could do that?