14 April: Sudan’s elections get more chaotic by the d...

14 April: Sudan’s elections get more chaotic by the day 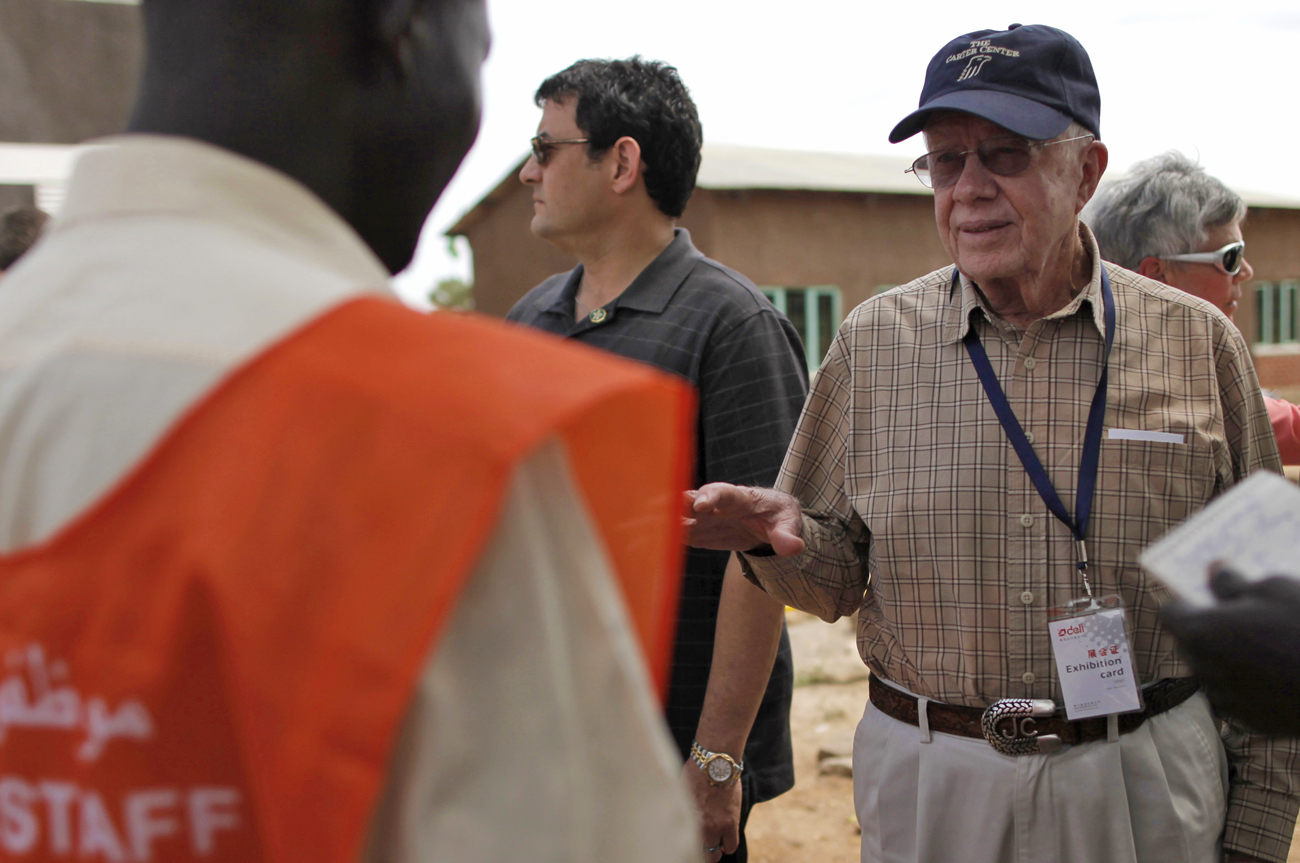 Sudan’s elections get more chaotic by the day

Reports say poor logistics are preventing hundreds of thousands of voters from taking part in Sudan’s first multiparty elections in 24 years, with early turnout figures below 10% in some areas. Voting that began on Sunday has been extended until Thursday to allow more time for presidential, parliamentary and state polls. The vote is the result of a 2005 peace agreement that saw cessation of a 22-year civil war between the mostly Arab north and black African south of the country. But many issues remain, including a simmering conflict in the Darfur region and tensions over how to share the country’s oil wealth. Several parties, both large and small, said they’d boycott the elections on grounds of fraud.
There’ve been reports of ballots being delivered to the wrong polling stations and also incorrectly printed ballots, so it’s likely the eventual outcome will be hotly disputed, with a renewed threat of violence across the nation.

Days after radical Islamic militant group al-Shabaab threw the BBC and Voice of America off the air, most radio stations in the chaotic Horn of Africa country have stopped playing music. But this time it’s on the orders of another Islamist group, Hizbul-Islam, who say the songs are un-Islamic. Hizbul-Islam fights both with and against al-Shabaab, depending on the occasion, and while the group’s seen as less likely to engage in stoning and beheadings, the radio stations said they’ve had to comply with the ban, otherwise they’d be putting their lives at risk. In the past Islamist militants have banned the watching of films and soccer, and forced men to grow beards. That sounds much like the behaviour of the Afghan Taliban, and that’s maybe not so surprising, as al-Shabaab recently claimed it was allied to al-Qaeda’s global jihad.

The International Committee of the Red Cross says eight of its employees have been kidnapped in the eastern Democratic Republic of Congo. That’s where the bulk of the UN’s 20,000 or so peacekeepers are based, who are still trying to damp down chaos stemming from the country’s fabulous potential mineral wealth and the Rwandan genocide in 1994. The abducted workers comprise seven Congolese and one Swiss national, and contact has been made with the pro-government Mai Mai Yakutumba militia holding them. The loosely-affiliated Mai Mai are a dangerous bunch with multiple agendas, who roam the north and south Kivu provinces that border Rwanda. UN peacekeepers have been asked to help free the workers.

There’s a new generation of Somali pirates that aim to use ransoms from ship hijackings for other criminal activities. Seaborne gangs, who make tens of millions of dollars in ransoms from seizing ships that include oil tankers and bulk carriers in the Indian Ocean and the Gulf of Aden, appear to be evolving into more organised groups, sparking fears they’re engaging in more structured criminality.

A court in Uganda has blocked Shell Uganda, the local subsidiary of Royal Dutch Shell, from selling its assets until it settles about $17 million in debts with Mercator Enterprises, a real estate management firm that rents properties to the giant oil group. Shell is mulling over selling most of its petrol stations and other downstream assets in 21 African countries to reduce its global refining and marketing footprint. The case is reported to stem from unpaid rent and interest accrued since 1972 for use of a Mercator property by Shell.