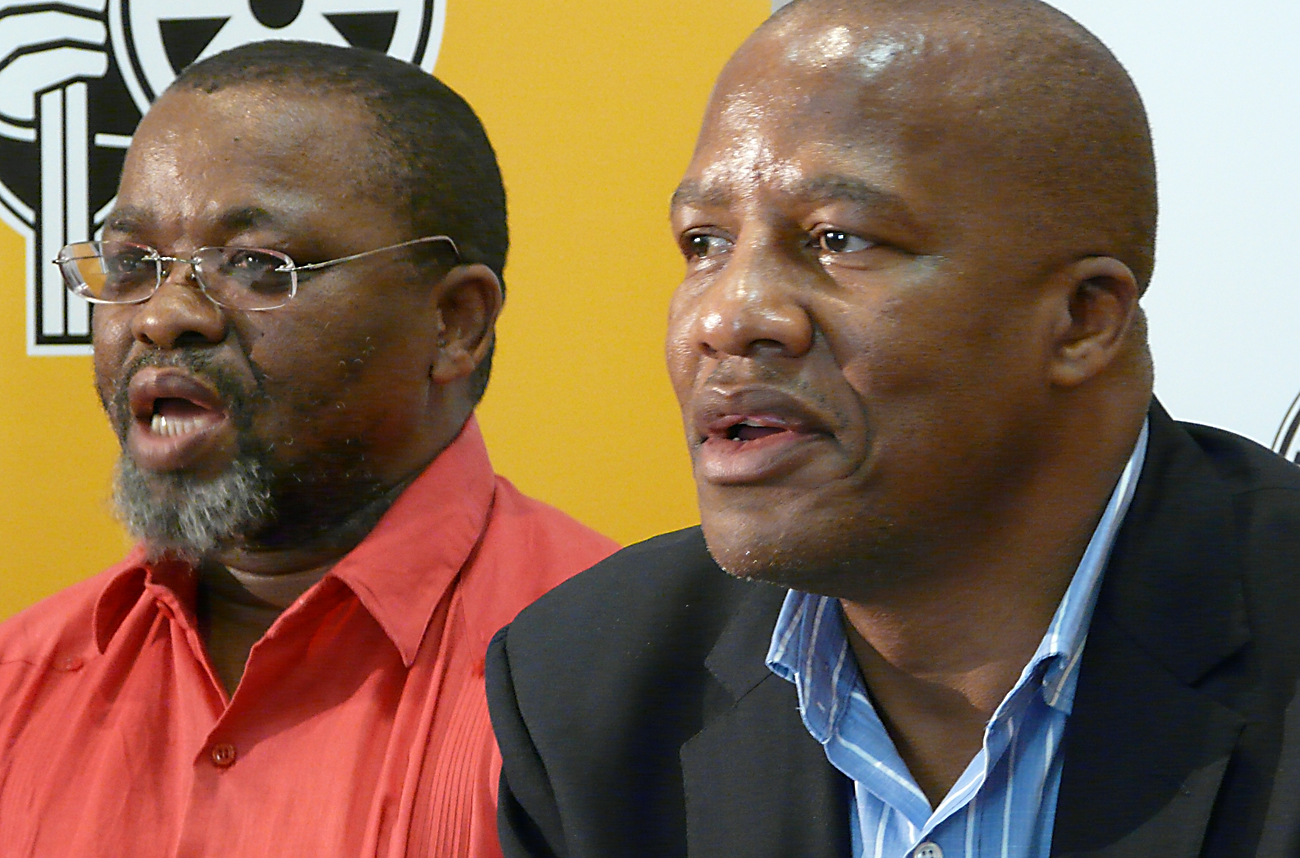 Not all that long ago, every report and rumour of disunity within the Tripartite Alliance would have been met with immediate denials and statements of everlasting trust, love and respect. Now, with issues like inflation targeting and the ANC's stake in Hitachi SA seemingly irreconcilable, that is still the basic message – but the wording is very different.

The ANC’s stake in Hitachi South Africa, which is going to be making a mint out of the building of new power stations and paid by way of a World Bank loan is a good example.

Asked about pressure for the ANC to disinvest from Hitachi, because of what is seen (though all parties involved deny it) as a conflict of interest, secretary general Gwede Mantashe, during Tuesday’s hastily-arranged press conference, said that has nothing to do with the party.

Contrast that with the rather strong statement by Cosatu leader Zwelinzima Vavi only weeks ago. If it is true that the ANC has such as a stake, he said, “then God help us all.” That is a long way from the only disagreement between these two alliance partners. They apparently still can’t see eye-to-eye on inflation targeting, which Cosatu would ideally like to see abandoned. Nor will Hitachi long be the most visible of their disagreements. Definitely not, once Cosatu takes to the streets to protest against the massive electricity tariff hikes that were caused by ANC management of Eskom and effectively put in place by a government entirely controlled by the ANC.

It is against that backdrop that the ANC and Cosatu met for what Mantahse described as “candid, open, honest, heart to heart” discussions. But it was clearly considerably more than that. Mantashe confirmed that he delivered a speech yesterday, as reported by the Times, that accused Cosatu of acting like an opposition party. Or worse.

Cosatu’s deputy secretary general, Bheki Ntshalintshali, on the other hand, says the trade union movement pointed out instances where implemented government policy doesn’t match the stated ANC policy, never mind the positions of the alliance. He was also happy to say that there were discussions about the behaviour of leaders and their ethics. Given that Julius Malema was in the room it seems pretty safe to assume things got slightly more heated – and more personal – than that.

Where these kinds of differences would have been denied outright in the past, the partners are no longer dismissing the possibility of a split. Instead they are celebrating the fact that there hasn’t yet been one.

“Even in very small families there are times we don’t see things the same way,” ANC spokesman Jackson Mthembu interjected at Tuesday’s media conference. “We have not decided to sulk and one member of the family hasn’t decided to go out of the house… We have decided to come together and see how best to resolve issues on which we do not see eye to eye.”

Mantashe claims Cosatu and the ANC agree on 90% of their positions, and that the remaining 10% is often a matter of interpretation. But that is increasingly seeming like an empty claim. Which, once again, raises the question: how long will it be before Cosatu looks at the size of its membership base and decides it is better off contesting elections directly and then forming a governing alliance?