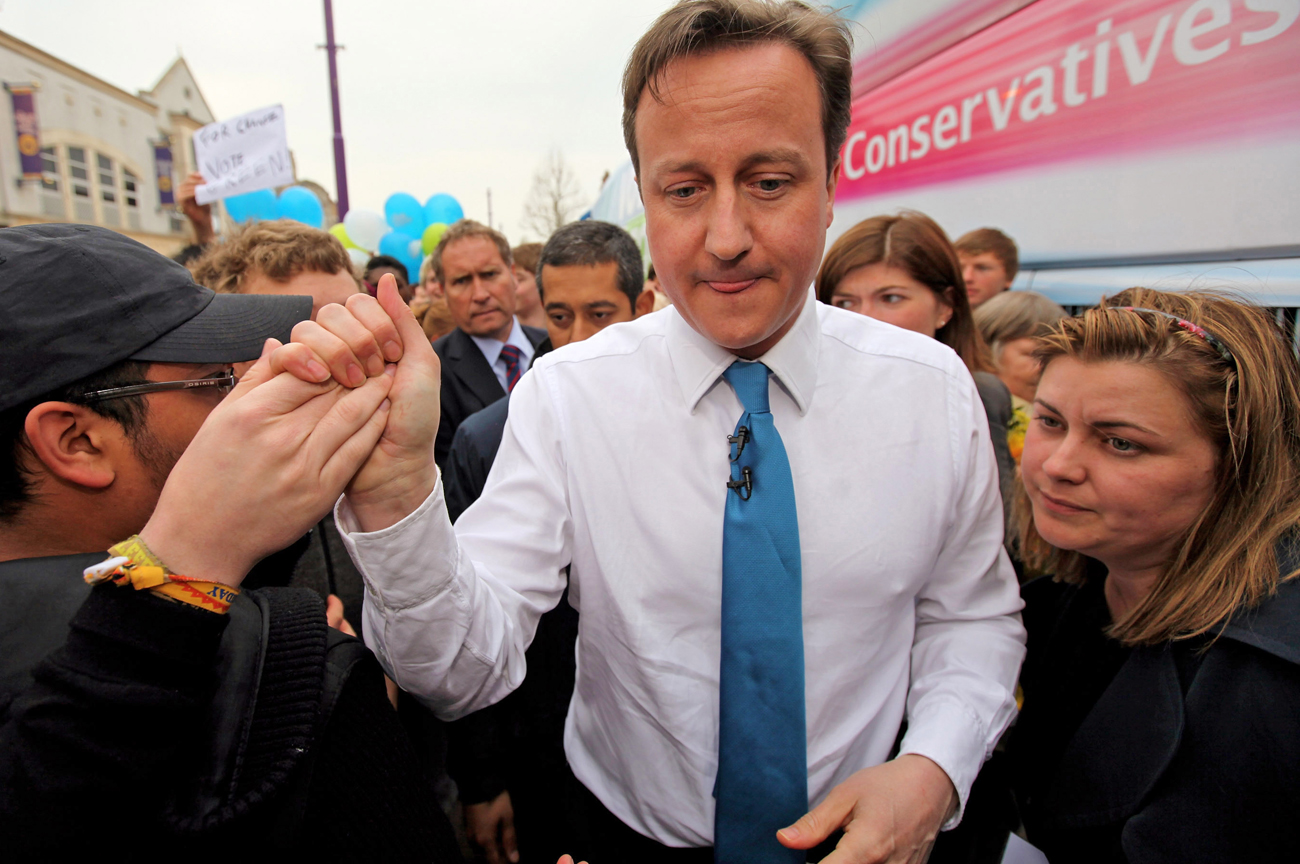 Britain’s Conservatives are launching an election manifesto that pledges to give people greater control over their own lives. That’s sure to please many Britons who believe they’re living in a nanny state. The Tories promise to allow voters to fire MPs, cut stamp duty for first-time house buyers and create directly-elected police chiefs. The governing Labour party has vaguely pledged to “renew” Britain, with the “third force” Liberal Democrats (who usually hold little sway) saying they’ll reform the tax system. Conservative leader David Cameron says citizens need faith in a big society instead of in big government, saying real change comes when millions of people are inspired to play a role in the nation’s future. That’s politics.

Russian investigators say human error was the likely cause of the plane crash that killed the Polish president, his wife, and dozens of Polish political, military and religious leaders, claiming there weren’t any technical problems with the Soviet-built Tu-154 aircraft owned by the Polish government. The flight went down on the weekend in dense fog near Smolensk airport in western Russia. The Polish delegation was on a trip to commemorate the 1940 mass execution in Katyn Forest of 20,000 Polish military officers by Josef Stalin’s secret police. The tragedy adds to memories of the difficult historical relationship between Russians and Poles, which has gradually improved since the end of the Cold War.

The Vatican says for the first time that bishops and clerics worldwide should report crimes of sexual abuse in the Roman Catholic Church to police if they are required to do so by law. It wasn’t reported what they are supposed to do if the law doesn’t apply. The new policy, posted on the Vatican’s website, mirrors policies detailed by US bishops after a flurry of sex abuse cases in 2002. But unlike the American guidelines, the latest Vatican statement contains no call for “zero tolerance” for priests who abuse children. The Vatican says bishops have always had to obey civil reporting laws, but the Church has never spelt this out until now. Victims of sexual abuse in the Church say the policy has no substance, and the guidelines only make clear that bishops are to report actual crimes – and not allegations of abuse.

US President Barack Obama opened a 47-nation nuclear summit that’s said to be the most important meeting of its kind since World War II. The opening was boosted by Ukraine’s announcement that it will give up weapons-grade uranium. Ukraine was a frontline former Soviet state that harboured significant parts of the Russian nuclear arsenal. The main focus for the White House is that groups such as al-Qaeda might soon get their hands on a nuclear device of some sort. The former Soviet Union has been leaking nuclear materials since the Berlin Wall came down, and the Americans are also mightily concerned over what they say are Iran’s efforts to build its own nuclear weapon. Obama and Chinese President Hu Jintao are seeking agreement on potential toughened sanctions to discourage Iran’s efforts to this end, with China indicating for the first time that it might play ball. Obama’s goal is to secure all vulnerable nuclear materials worldwide within four years – an objective his administration hopes will be endorsed by all countries at the summit. The Americans (and the Indian government) are also worried that deep political and social instability in Pakistan might compromise its nuclear programme and provide access to nuclear materials for groups such as al-Qaeda.

Chinese President Hu Jintao pledged that China will join negotiations on new sanctions against Iran, over that country’s suspected nuclear weapons programme. Until now, China has resisted Western efforts to strengthen UN sanctions, and has still made no specific commitment to back more stringent measures, saying it prefers a diplomatic solution. The Chinese worry that Iran could cut off oil shipments to China, that account for some 12% of all the country’s energy needs fuelling its rapidly- growing economy. US President Barack Obama assured Hu that he was sensitive to this issue and would work to make sure Beijing had a steady supply of black gold.

Kyrgyzstan’s interim government, which took power in a recent and bloody insurrection, says it will use the country’s military to get former President Kurmanbek Bakiyev to stand down. Bakiyev fled to the south of the country after last week’s bloodshed in the capital, Bishkek, where he has most of his political support base. The continuing standoff raises concerns about further violence. Interim Kyrgyz leader Roza Otunbayeva says her government is willing to negotiate Bakiyev’s departure from the country, but there are fears that some in the military support the president. Otunbayeva says the interim administration, which said it would govern for six months before holding elections, has full control of all security forces in the country, including intelligence services and the police. But she admits that some officials probably have sympathies for Bakiyev, as they are led by members of Bakiyev’s family and other allies.