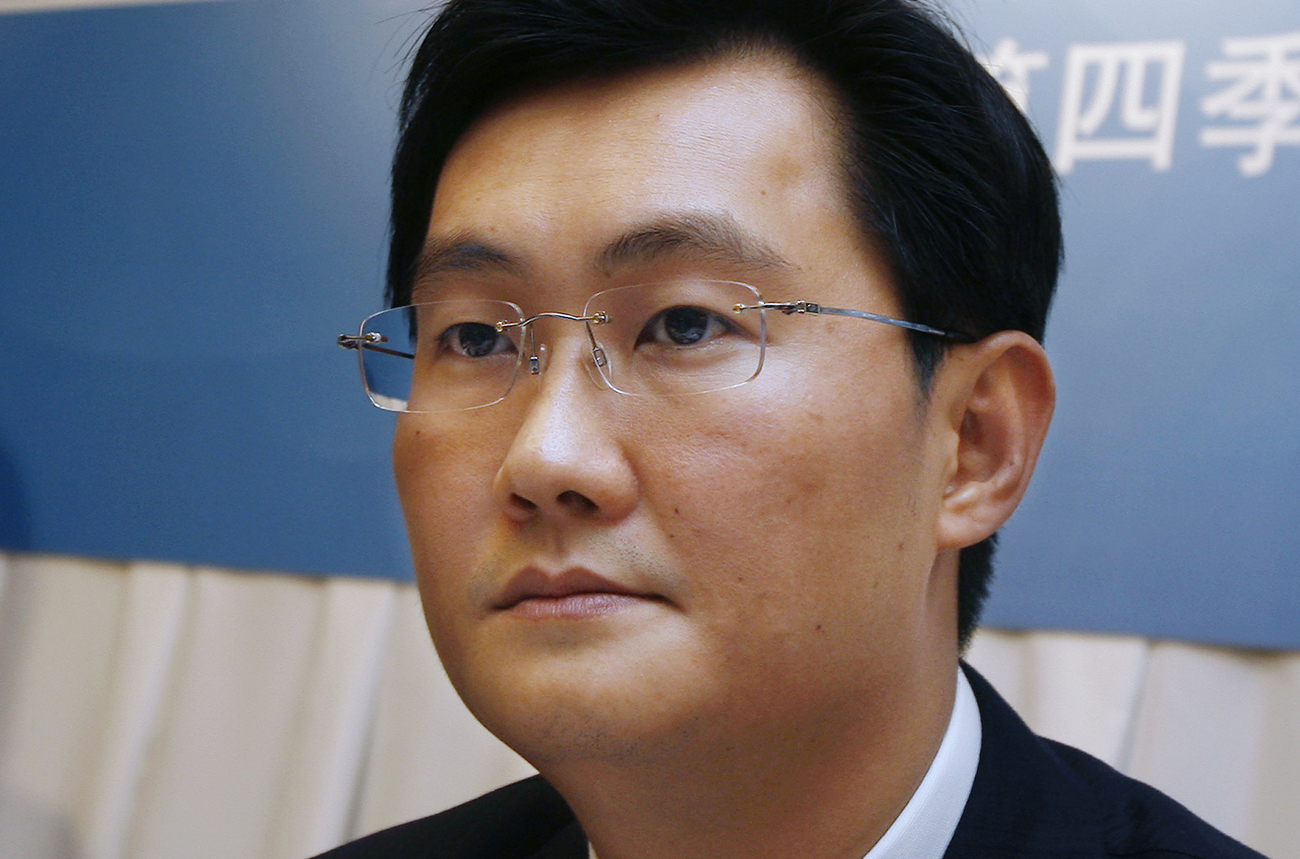 Also today: Dow hits 11,000 points; IMF makes sure it’s got more than enough bailout money; Experts disagree on whether America is in or out of recession; Twitter to make things tweet for advertisers; Lehman hid extent of debt through off-books company; Sinopec takes stake in Canada tar sands; US Senate probe into bust bank may open flood of recrimination; As iPad roars out of starting block, Amazon may need to rekindle Kindle.

Chinese social gaming company Tencent, has invested $300 million in Russia’s Digital Sky Technologies, a firm best known for helping Facebook and Zynga put off initial public offerings through large inputs of capital. Well done, Naspers! By doing that, control is usually still vested through the companies’ founders, leaving them to deal with only a specific shareholder. Usually Russian tech firms buy up bits of American companies, but DST now gets a crack at China’s digital marketplace. The investment means that Tencent owns a 10.26% stake in DST, although it only gets limited voting rights, and the right to nominate one observer to the DST Board. So, while Tencent has widened its international holdings, it’s also indirectly gained a stake in Facebook and Zynga. Again, well done, Naspers.

After repeatedly retreating from hitting 11,000 points over the past couple of weeks, the Dow Jones industrial average finally reached its mark, 68% above its 6,547.05 point low in March last year. The Dow last reached 11,000 points in late September 2008, but then the house came down, plunging the world into bitter recession. The latest high-water mark didn’t draw claims that the meltdown in markets is over. Along with the Dow, Standard & Poor’s 500 index is up nearly 77% since last year’s low, but many fear that the rise is not backed by fundamentals. The Dow is still 22% off its all-time high of 14,164.53 in October 2007. Place your bets.

IMF makes sure it’s got more than enough bailout money

The International Monetary Fund has tripled the amount of cash it can use in a financial crisis, drawing on commitments from big emerging economies such as Brazil and China to garner more than $500 billion. The IMF had some $250 billion to spend ahead of the Great Recession, but the speed of the global markets’ meltdown and the extent of economic problems in developed countries such as the US and Britain were a threat to global stability. No doubt the health of Dubai and the PIGS – Portugal, Ireland, Greece and Spain – still has the IMF worried.

Experts disagree on whether America is in or out of recession

A committee that’s part of the US national bureau of economic research says it can’t yet see whether the country’s economic contraction has ended and an expansion has started, despite one panel member saying he thought the recession ended in June last year, and that the committee should say so. That little glitch in unanimity speaks volumes for the uncertainty that still pervades world markets and illustrates the difficulties of officially assigning beginnings and ends to the peaks and troughs in US business cycles. This time though, it wasn’t so much a cycle as a falling off the bike, so no wonder there’s not absolute consensus, despite such panels usually being as thick as thieves when it comes to their research output

Twitter’s got a plan for making money from advertising, which it hopes will turn its popularity into revenue. Companies such as Virgin America and Starbucks will run ads that show up on the Promoted Tweets program when Twitterites search for keywords that advertisers have bought to link to their wares. Twitter will later show promoted posts in the stream of Twitter posts, based on relevance to a particular user. That’s basically a form of limited commercial content aggregation, something that Google has pioneered across the Web. Twitter’s growth since 2007 has been almost vertical, with the firm garnering 22.3 million unique visitors in March, up from slightly more than half-a-million a year ago, excluding millions more who use the service through third-party smartphone and Web applications.

Long before its collapse in September 2008, Lehman Brothers used a small company called Hudson Castle to shift investments off its books. An internal Lehman document and interviews with former employees show the degree to which the one-time titan of Wall Street hid its financial health before plummeting into bankruptcy in 2008. Hudson Castle appeared to be a separate business, but was deeply allied to Lehman, which owned a quarter of the firm, staffed it with Lehman employees and, until 2004, controlled its board. Reports say many such entities operate in the nooks and crannies of Wall Street, mostly out of reach of federal regulators, allowing banks to temporarily transfer their exposure to risky investments such as subprime mortgages. So, watch your pension funds, folks.

China’s Sinopec oil company is heading for them thar Canadian tar sands. It’ll pay ConocoPhillips $4.65billion for a 9% stake in Syncrude Canada, which pumps an estimated 350,000 barrels a day, or about 13% of Canada’s overall oil output. The deal is one of China’s largest investments in North America. Last year Sinopec paid $7.2 billion for Addax Petroleum, which has oil assets in West Africa and Iraqi Kurdistan. Tar sands projects are expensive, as extracting oil from bitumen deposits requires large investments in technology. But such investments have become more economically viable and tar sands make up the largest crude oil deposits outside the Middle East. Market watchers say Sinopec paid about $2 billion more than expected for the stake. That just goes to show how much China’s booming economy needs all the oil it can get.

US Senate probe into bust bank may open flood of recrimination

A US Senate committee is to present evidence that executives of Washington Mutual Bank knew about fraud within their mortgage loans, but, by doing nothing, enabled the bank to report higher profits, while giving themselves higher bonuses. Washington Mutual’s collapse in September 2008 was the largest in US banking history, and Americans are keen to know whether the case will set a precedent for bringing criminal charges against senior executives in US financial services companies as a direct result of the subprime meltdown. The committee has documents that show that in 2005, a bank internal investigation found fraud was out of control in some units.

As iPad roars out of starting block, Amazon may need to rekindle Kindle

Amazon’s Kindle might need a revamp in the light of Apple’s announcement that it sold 450,000 iPads in less than a week, although Amazon’s already developing cross-platform apps, including for Apple products. Now, Wall Street analysts are slicing and dicing the forecasts for Kindle sales, with one saying Amazon will sell 2.5 million to 3 million units in 2010, dramatically down from previous forecast of 3.6 million units, but significantly better than estimated sales of 2.2 million Kindles last year. The iPad is more than just a glorified book-reader, as it plays videos and games, and is much more like a portable computer.