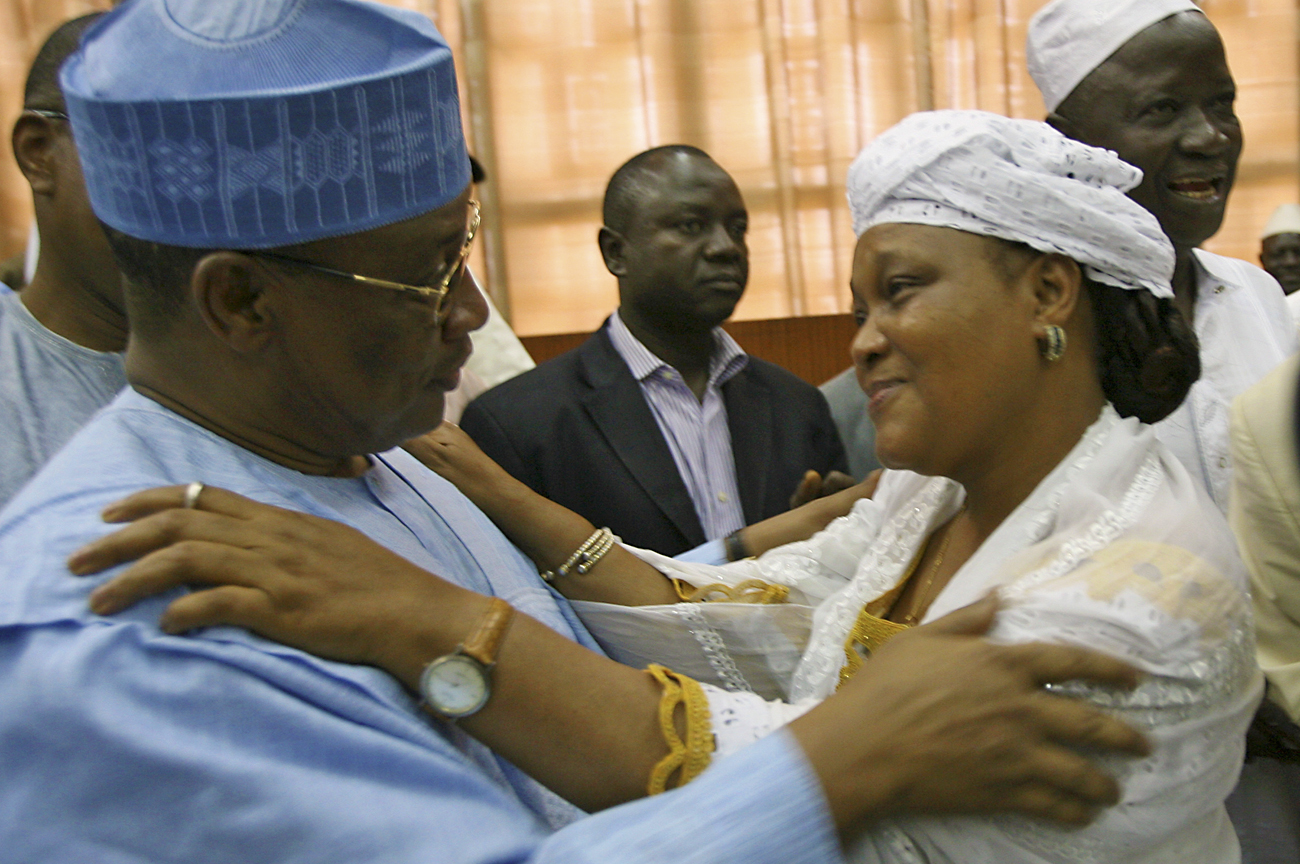 Nigeria’s former military leader, General Ibrahim Babangida, will run in the country’s 2011 presidential poll, seeking the nomination of the ruling People’s Democratic Party. Babangida took power in 1985 in a coup without bloodshed, but was forced to step down in 1993 when he annulled elections, prompting nationwide strikes and protests. He wanted the PDP nomination in 2007 elections, but later withdrew his candidacy. The PDP says its choice for president will be from the mainly Muslim north, which is where Babangida comes from. He’s taken part in three coups, survived a 1990 coup attempt, and calls himself the “evil genius”. Current President Umaru Yar’Adua – who’s still in his first four-year presidential term — hasn’t been seen in public since November last year because of heart problems, so he’s likely to be out of the running. Acting President Goodluck Jonathan is from the Christian and animist south, so won’t be a candidate under the PDP’s policy of alternating power between northerners and southerners, with each region having two terms.

Up to 13 civilians have been killed in fighting between Somali government forces and radical Islamist al-Shabaab militants in the capital, Mogadishu, after rebels fired mortars at the city’s airport, prompting return fire from African Union peacekeepers. Two remotely controlled roadside bombs aimed at an AU convoy also killed a reported four civilians and two police officers. Somalia’s UN-backed moderate Islamist government controls only a few blocks of Mogadishu, while various militant factions control large parts of the rest of the chaotic Horn of Africa country.

Sudan’s electoral commission announced polls will run until 15 April, after many voters in the vast country experienced delays in the first multiparty elections in 24 years. That’s a two-day extension, despite south Sudan’s main party asking for four-days, after a largely illiterate population struggled to get to grips with 12 different ballot papers in a region devastated by 22 years of civil war. The concurrent presidential, parliamentary and state government polls are meant to transform Sudan from a state that’s suffered multiple civil wars to a democracy. But after the main opposition in the north boycotted the vote, along with many smaller parties, it’s likely President Omar al-Bashir will continue to rule, even though he’s wanted by the International Criminal Court for war crimes in Darfur. Reports from across the country say voting materials delivered to polling stations were either wrong or not delivered to at all, with some candidates saying their names or party symbols were either missing or incorrect. It’s been a long, hard road to get to this point. Now, it looks like the elections won’t be declared free or fair.

European investors who often pair with big oil companies such as Shell and BP are delaying projects for producing biofuels in Zambia and Tanzania because of uncertainty over policies, financial incentives and the world financial situation, according to Reuters. Only South Africa and Mozambique are said to have targeted large-scale production of biofuels, which includes plans to assist rural communities. But governments fear that without proper strategies, this could cause food insecurity. Meanwhile, US entities Energy Allied International, The Seawater Foundation and Global Seawater are jointly to develop the world’s first commercial scale seawater-based biofuels project in Egypt, in one of the largest biofuels investments in the Middle East or Africa.

Zimbabwe prosecutors are withdrawing charges against former white farmer Roy Bennett for illegally keeping maize. Bennett, who’s also on trial for terrorism charges that carry a potential death penalty, is treasurer-general of opposition leader Morgan Tsvangirai’s Movement for Democratic Change. The MDC says Bennett is being politically persecuted by President Robert Mugabe’s Zanu-PF party, which refuses to swear him in as a deputy agriculture minister in the country’s parlous unity government. Recently, police summonsed Bennett to appear in court on new charges dating back to 2001, of illegally possessing nearly 100 tonnes of maize before his farm was seized by Mugabe’s government. Prosecutors declined to give a reason why the charges were being withdrawn. It’s probably because they can’t make anything stick.