Analysis: The ball’s in Malema’s court – and his...

Analysis: The ball’s in Malema’s court – and his return of serve looks very shaky 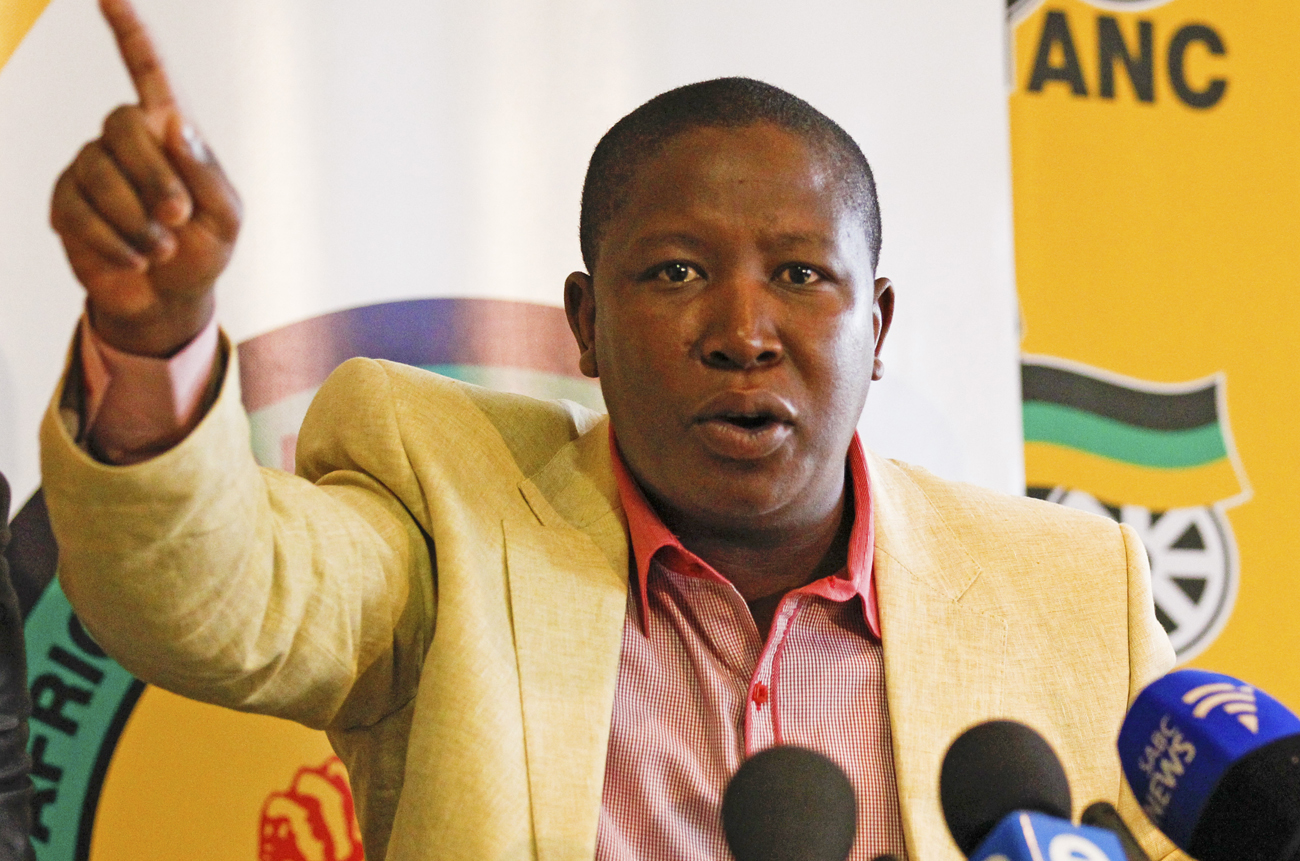 Julius Malema had a public caning over the weekend, and now he has to deal with it. But most schoolchildren know, when the teacher is really pissed off, it’s not a good strategy to say he has no right to spank you, and then carry on regardless. Clearly Malema wasn’t spanked at school.

Malema has already started to react. Badly. His initial comments that Mbeki would never have treated him like this, holding a public press conference, are true. But they’re also a sign he’s completely misunderstood President Jacob Zuma. Or the level of anger Zuma feels. He seems to be defying him, again. He simply doesn’t get it. Or he doesn’t care. Quite frankly, we’re not sure which is more worrying. Either way, he needs to stop and think now.

What he does within the ANC is going to matter much more to his future than what he does outside of it. But there are two future events that are going to make all the difference.

The first is the ANC’s next national executive committee meeting. President Jacob Zuma would never have had Saturday’s unprecedented press conference without being damned sure the NEC will back him. So don’t be surprised that somewhere in their post-meeting statement is a reference to Malema. Zuma may feel he’s done enough and doesn’t need to bring it up, but if Malema defies him again, the full weight of the NEC could come crashing down upon his head.

But the other, perhaps more important issue for Malema, is the series of Youth League provincial conferences which are starting. Limpopo held theirs over the weekend and Malema was reportedly seen chucking a chair at a delegate who opposed him. It was sheer bully-boy stuff that started with an attempt to block the accreditation of some branches and ended with the main anti-Malema faction walking off in a huff, leaving Malema’s preferred candidate for provincial chairmanship, Frans Moswane, to be elected unopposed. The anti-Malema faction also vowed never to recognise him as leader. It could all come to naught, but it could also provide an opportunity for the ANC to come and “mediate”. That would allow Gwede Mantashe to make sure Malema’s faction in Limpopo takes it on the chin, and is outta there. That would surely weaken Malema at his home base.

This kind of mediation has happened before. Remember the last two Youth League conferences? The first was in Bloemfontein, in the building adjacent to the infamous Reitz Hostel. Things degenerated into that famous picture of one delegate pulling his pants down. In the end, Kgalema Motlanthe had to intervene. (The fact that Malema emerged victorious just shows how fair Motlanthe can be.) Then they had to have another conference at Nasrec (much closer to Luthuli House) to sort it all out again. The portents for future conferences are not good.

The Northern Cape provincial branch has already had their conference, which means there are seven to go. And there’s now some real power up for grabs. With Malema’s behaviour over the weekend, it’s obvious that he’s now under real pressure. It’s also obvious that he’s quite happy to use violence to achieve his aims. Within the ANC, that kind of thing would show it cannot control him, nor can it control its members. It also means the party as a whole is out of control.

That’s the kind of thing that is only going to stiffen the resolve of his elders. We’ve said before that youngsters tend to make mistakes when they’re under pressure. Malema is now making more and more missteps as he goes along. While the biggest so far was his trip to Zimbabwe, he’s likely to make several more in the next couple of weeks. Also, the ANC may feel that they’re still waiting for his apology. He hasn’t made one since he was crapped on, and in the ANC saying sorry goes a long way.

The NEC probably wouldn’t want to take action against Malema as leader of the Youth League. It would rather do it to him as an ANC member. He’s given it ample ammunition. But the solution will probably be more subtle. It’ll be much more fun to play a little with the internal dynamics of the League itself. In other words, make sure the right candidates win in certain places. Make sure that when he’s up for re-election next year, the deck is stacked against Malema. And we’re dealing with people who did that to Mbeki, so they know how it’s done. That seems to be most likely outcome.

But Malema is already choosing the path of defiance. He’s coming out fighting. And you don’t do that openly in this country against the two biggest political beasts, Zuma and Mantashe. It’s just stupid. Zuma has always said, and Malema has always quoted him again, that “without the ANC you’re no one”. It’s a point well proven by Cope. Malema may just find out how true that is. If he keeps this up, he’s going to push Zuma and Mantashe into a corner, and then he’ll end up very sorry indeed.

Photo: Julius Malema, leader of the African National Congress’s Youth League (ANCYL), speaks to the media at the ANC headquarters in Johannesburg April 8, 2010. The firebrand youth leader of South Africa’s ruling party made clear he would not be hushed on Thursday, demanding Zimbabwe-style land seizures from white farmers and promising to keep singing a controversial song. REUTERS/Peter Andrews