Afghanistan/Pakistan terrorists: a quick guide for the...

Afghanistan/Pakistan terrorists: a quick guide for the discerning traveller 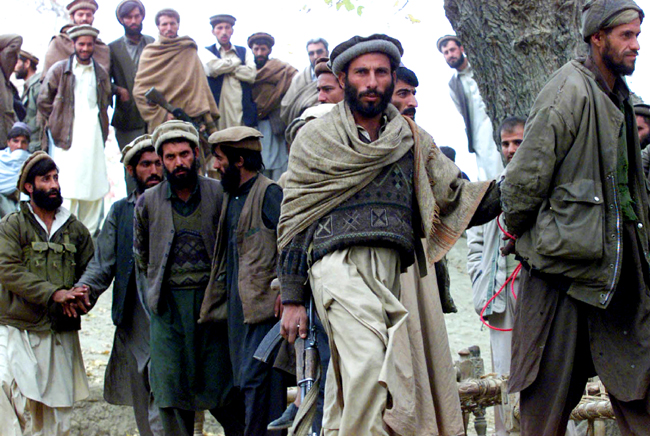 So, you have a death wish? Or you really, really need to get away from your spouse, boss, jingle-bells, double cheeseburger, insurance broker, next month’s car payment or another casino advertisement? The further away, the better?

Well, may we suggest you take an extended trip to the greater Afghanistan/Pakistan border area? It is a ruggedly beautiful region, full of drama, history, passion and lots of bearded, heavily armed men. No casino ads or jingle bells there. Guaranteed. And as the trip may well end up as a one-way effort, you may even save on the return fare.

For all of you who feel just like that, The Daily Maverick has prepared a quick travel guide to help you identify some of the more important groups of bearded, armed men (some call them Islamic terrorists) in their natural habitats as, well, nobody cared to do so before. The hard-line Pakistani-sponsored movement began in the 1970s as an element of the mujahedeen that battled the Soviet Union until the Russians left the country in 1989. The Taliban emerged as a united entity in 1994 and took control of Afghanistan in 1996, instituting an often-brutal sharia law throughout the areas under its control. It was toppled shortly after the US/Allied invasion of Afghanistan. The US estimates there are now around 25,000 members of the Afghan Taliban.

Photo: Taliban fighters pose with weapons in an undisclosed location in Afghanistan October 30, 2009. The Taliban have called on Afghans to boycott the election run-off and have vowed to disrupt the poll, their threat underlined on October 28 by a suicide attack on a Kabul guest-house used by the United Nations in which five foreign U.N. staff were killed. Picture taken October 30, 2009. REUTERS Formed more recently, this group is also known as the Tehrik-e-Taliban Pakistan, or Pakistani Taliban Movement. Largely a loose federation of tribal and regional factions, the group is located in strongholds throughout Pakistan’s north-western tribal belt, where they are also believed to be providing safe havens for senior al-Qaeda leaders. It is understood to have several thousand adherents. Established by Osama bin Laden in 1988 with the goal of uniting Muslims to defeat the West, expel American troops from Saudi Arabia, and to form a new Islamic caliphate. The group was behind high-profile attacks such as the October 2000 bombing of the USS Cole and the 9/11 attacks in New York City and on the Pentagon. The group has spawned affiliates in East Africa, Somalia, Indonesia and other locations. Best guess is that it has several hundred fighters in the Afghanistan-Pakistan region, including bin Laden himself.

Photo: Osama bin Laden (L) sits with his adviser Ayman al-Zawahiri, an Egyptian linked to the al Qaeda network, during an interview with Pakistani journalist Hamid Mir (not pictured) in an image supplied by the respected Dawn newspaper November 10, 2001. [ In the article, which was published on Saturday in Karachi, bin Laden said he had nuclear and chemical weapons and might use them in response to U.S. attacks. Mir told Reuters he held the two-hour interview with bin Laden in Arabic early Thursday at a secret location after a bone-jarring five-hour jeep ride from Kabul. REUTERS/Hamid Mir Founded by Hafiz Muhammad Saeed and Zafar Iqbalin, reportedly in Afghanistan in 1990. It is now based in Pakistan with training camps in Pakistan-administered Kashmir. Its stated objective is to create an Islamic state throughout South Asia. Some members have been accused of carrying out attacks in Pakistan as well. US intelligence believes the group may have received help from Pakistani intelligence elements. In November 2008, LeT was the primary suspect behind the Mumbai attacks. While it denied any part in the attacks, the lone surviving gunman, after being captured by Indian authorities, admitted LeT planned and carried out the attacks.

Look, an Afghanistan/Pakistan border trip would definitely be a highlight of your life, although it might well be your last. It is a tough place and no insurance company on this planet will cover you there. Living there involves watching plenty of people being executed, tortured, stuff like that. Their medical and dental plans suck. But hey, there are no jingle-bells or casino ads there.

By Brooks Spector and Branko Brkic