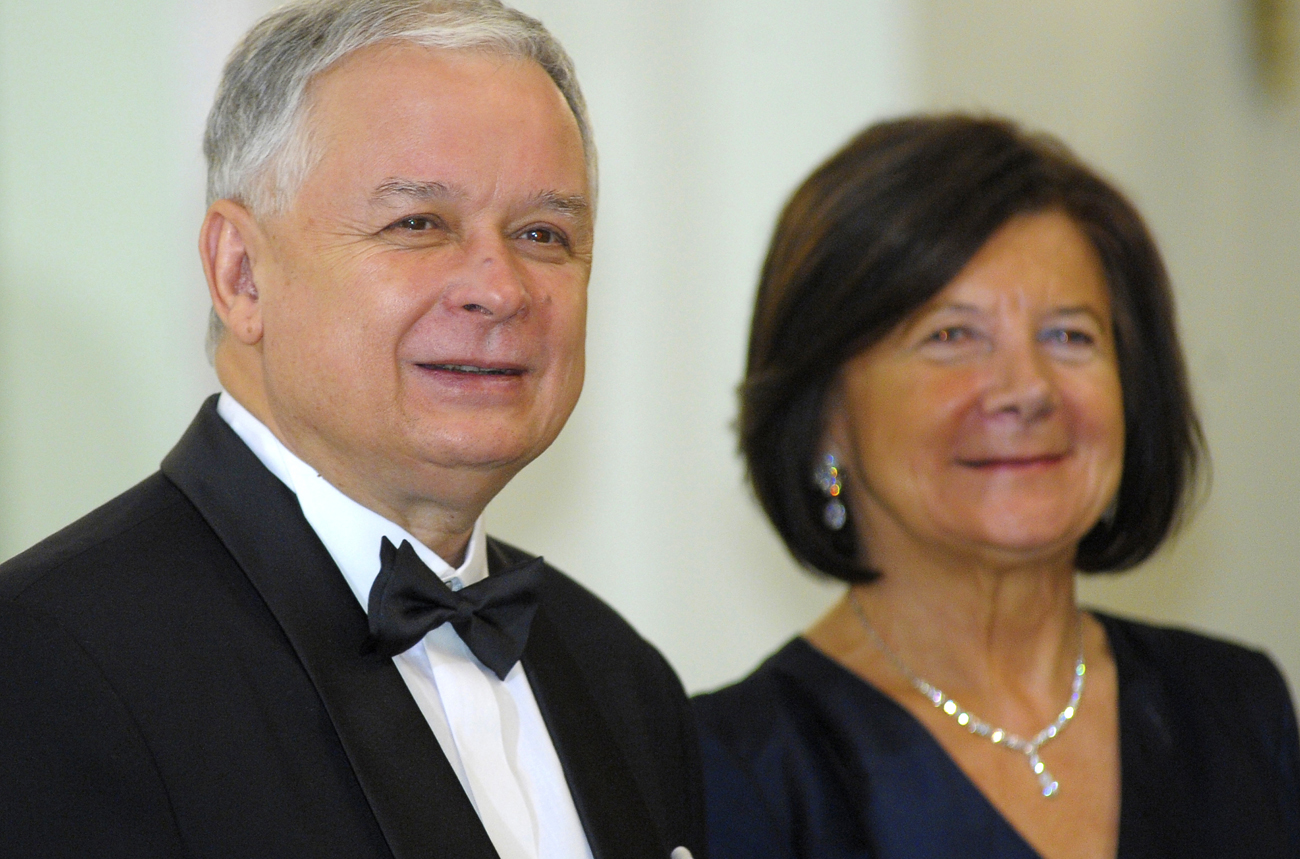 Polish President Lech Kaczynski, along with more than 50 of Poland’s political and military elite, died when his aircraft crashed in a heavy fog in western Russia on Saturday morning.

In what will be seen as a bitter twist of fate, Kaczynski was en route to a commemoration of the massacre by the Soviet Union of thousands of Polish army officers. The Soviet Union had captured, imprisoned and then killed the officers, the top tier of the Polish army, when the USSR and Nazi Germany divided Poland at the beginning of World War II.

To deepen the irony, the plane crashed in forests near Smolensk, close to the site of the Katyn Massacre. More than 20,000 Polish officers were murdered there in 1940. For decades the Soviet government blamed the Nazis until, following the break-up of the Soviet Union, the Russian government finally admitted its responsibility in the atrocity. Photo: Image from video footage shows firefighters working to extinguish the flames near the wreckage of a Polish government Tupolev Tu-154 aircraft after it crashed near Smolensk airport in western Russia April 10, 2010. Polish President Lech Kaczynski was killed when the plane carrying 132 people crashed in thick fog on its approach to the Russian airport on Saturday, killing everyone on board, officials said. REUTERS/TVP via Reuters TV

The crash is an extraordinary blow to Poland, killing a tenth of the country’s top leadership. Former Polish president Aleksander Kwasniewski told Polish TV that the area of the crash – including where the massacre took place – was “a damned place. It sends shivers down my spine. First the flower of the Second Polish Republic is murdered in the forests around Smolensk, now the intellectual elite of the Third Polish Republic die in this tragic plane crash when approaching Smolensk airport. This is a wound which will be very difficult to heal.”

Poland’s constitution requires the leader of the lower house of parliament, now acting president, announce new elections within the next two weeks to take place within two months after that.

The plane, a Tupolev Tu-154, was an old Soviet craft designed in the mid-1960s. Polish officials have repeatedly called for the country’s aging air fleet to be replaced. Former prime minister Leszek Miller, himself a survivor of a helicopter crash seven years ago, told the media that for years he had been predicting such a disaster would happen. “I once said that we will one day meet in a funeral procession, and that is when we will take the decision to replace the aircraft fleet,” he said. Photo: Russia’s Prime Minister Vladimir Putin and President Dmitry Medvedev cross themselves after lighting candles in memory of the victims of the crashed Polish government Tupolev Tu-154 aircraft, at a chapel at the presidential residence Gorki outside Moscow April 10, 2010. Poland’s President Lech Kaczynski, its central bank head and the country’s military chief were among 96 people killed when their plane crashed in thick fog on its approach to a Russian airport on Saturday. REUTERS/Ria Novosti/Kremlin/Dmitry Astakhov

For Poland now the grim task is how to replace many of its top political leaders – all at once. Although finance minister Radoslaw Sikorski and Prime Minister Donald Tusk had not been on the plane, Kaczynski, his wife Maria, former Polish president-in-exile Ryszard Kaczorowski, deputy speaker of Poland’s parliament Jerzy Szmajdzinski, head of the president’s chancellery Wladyslaw Stasiak, head of the National Security Bureau Aleksander Szczyglo, deputy minister of foreign affairs Andrzej Kremer, chief of the general staff of the Polish army Franciszek Gagor, president of Poland’s national bank Slawomir Skrzypek, commissioner for civil rights protection Janusz Kochanowski, the heads of all of Poland’s armed forces and dozens of members of parliament were on the plane. Including crew, 96 people died.

Although in recent years, the Russians had taken steps to improve Russo-Polish relations, the Katyn Massacre had remained a point of tension. This past week, Russian Prime Minister Vladimir Putin had taken a major step by becoming the first Russian leader to join Polish officials in commemorating the tragedy. At that event, Putin said the executions were one of the many crimes of the “totalitarian regime” of the Soviet Union, saying, “We bow our heads to those who bravely met death here. In this ground lie Soviet citizens, burnt in the fire of the Stalinist repression of the 1930s, Polish officers shot on secret orders and soldiers of the Red Army, executed by the Nazis.”

Kaczynski, apparently less warm towards Russia, was planning to participate in a separate, Polish-organised event.

For more, read the New York Times, the AP and the BBC