Fear and loathing in Ventersdorp

Fear and loathing in Ventersdorp 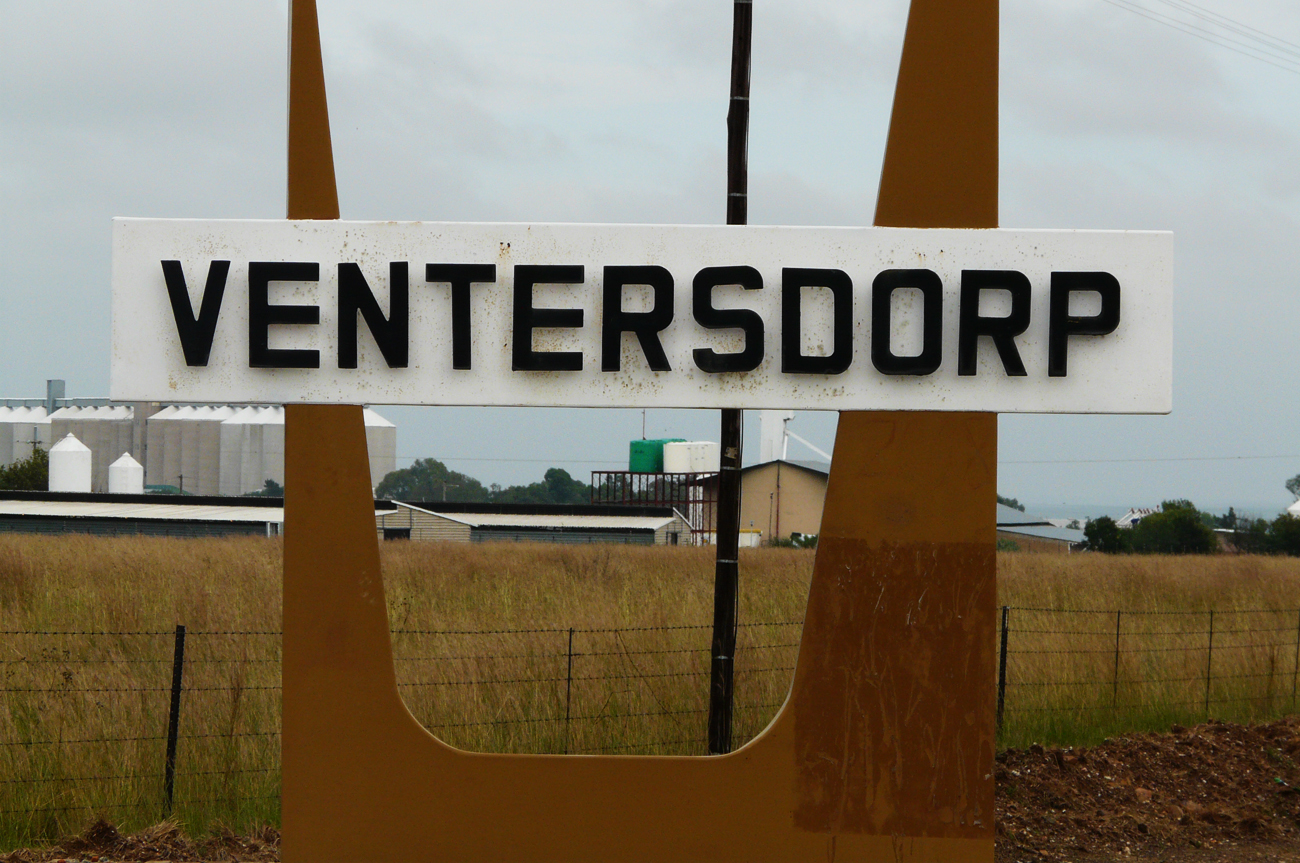 This is a tumbleweed town, straight out of Central Casting. It is small, very small. There’s no mall, no entertainment that involves passing an electron through copper cable. There’s not much joy that’s obvious to a naked eye. Like so many rural places, here and around the world, life is rawer, more, dare we say it, black and white.

But Ventersdorp is not really one town, but two. Of course, this is South Africa. There’s a white place and a black place.

The white place has streets with names like Voortrekker, Van Riebeeck and Hendrik Potgieter. It’s the size of a largish Johannesburg suburb, with a school that seems virtually all white as far as we could make out, though its school holidays now. The properties are well-sized, with pools and the odd DStv dish. And they probably go for a song.

Tshing is a black township, like any other, it has some well-appointed structures, a double-story school that looks relatively new, but the rest is shacks. It is more Soweto than Tembisa, though, with better infrastructure. Of course, it’s much smaller as well, and there isn’t the overcrowding that damns places like Alexandra or Diepsloot.

These are the twain that simply do not meet. There are plenty of similarities to bigger places. The pushers of the lawnmowers are black. The pool-users are white. But there is also something a little different here.

Maybe it is the presence of the AWB. It seems to hang over the place. It may just be the time that we’re here, but it seems to be around, in the air. Black people here tend to be a little careful around mlungus, until you say hello, and crucially, “how are you”. That seems to be the signal that you’re not from here, that you’re different. Whites look suspicious. You’re white, but they don’t know you, so you must be from somewhere else. Sometimes there’s an old fashioned polite “More”, sometimes there’s a slightly sullen decision to ignore you. But the main symbol of the situation here is on patches of municipal land. Just outside the magistrates’ court, in fact. It’s a monument. A black spear of granite pointing up at the sky. It’s a memorial to the three AWB members who died here in 1991. There was a pitched battle that led to police being called in. The three are given ranks, one was a general, while two are simply given the title “Veld.”, presumably they were “veldkornette”, a rank dating back to the Anglo-Boer wars of the 19th century. About 50m away is the mayor’s office, and just past that, the municipal buildings. In a small town, this is prime land. It’s the symbolic centre of the place. It’s where small towns like this should come together, should rally. But there it is, dominated by a neo-Nazi symbol. There are the three sevens on the side. And try as you like, it is difficult not to feel as though you’re looking at the Nazi swastika.

So why is it there, on municipal land? You’d think the mayor would have an explanation. But Councillor Celia Phoyane wasn’t available to see us. She was in her office, but not doing interviews. We’d have liked to ask about the monument, about why this is a town that simply hasn’t changed in 20 years. About why the street names haven’t changed at all.

Locals here claim that perhaps it’s because the local ANC is divided. We don’t know if that’s true, but it could be one explanation. The council buildings certainly looked nicely spruced up. Better than the inside of the magistrates’ court. One old run-down fan-cooled courtroom. But it does feature the first current South African flag we’d seen here so far.

To us outsiders, this looks like a town of baases and servants. There’s no common ground, no meeting place. In many cities, the most racially integrated places are offices. It’s filthy capitalism that, properly legislated, forces people to meet, and to find common ground. It’s the happy by-product of affirmative action and employment equity. But here, there is no office, no big business to speak of. It’s shops and farms. And in those places, the managers and owners are white, and the hewers of wood and drawers of water are black. There’s no black manager to upset apple carts.

We don’t have any easy answers. We think a mayor with lots of zeal and enthusiasm could do it. Perhaps a white ANC mayor? It would make a nice well-deserved job for Kortbroek, if he doesn’t get the UN job. Maybe someone in the mould of Lekota, who can reach Afrikaner farmers, who can talk about “die volk” with a straight face.

Local whities here claim many of the AWB members who came out to play on Tuesday are actually from other towns, like Potchefstroom or other places in the North West. That may be true. But this is the spiritual home of the AWB. And it’s going to stay that way unless someone does something. And at the very least, the ANC could make damn sure that monument with the neo-Nazi emblem gets moved somewhere else.