Cosatu’s Ventersdorp gamble: one worth making? 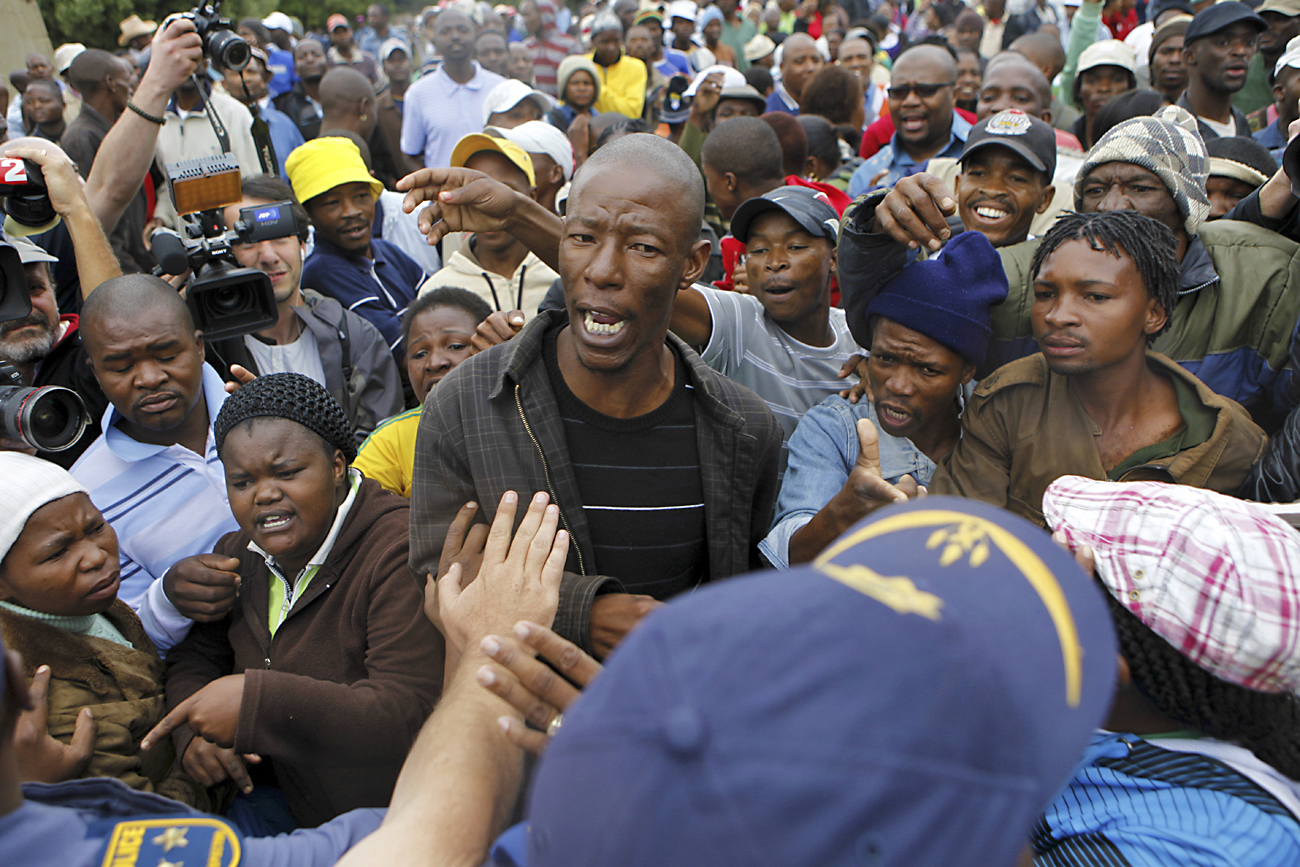 At first blush, it seems like a recipe for disaster. You have the white funeral as one focal point, the black mass meeting as another. And in situations like this, focal points are always bad news. But, it appears the Congress of SA Trade Unions may be applying a lesson learnt on Tuesday. Then there was only one focal point, Afrikaner Weerstandsbeweging members outside the Ventersdorp magistrates court. The black people were just onlookers, people curious about what was going on. There were one or two guys down from Johannesburg, to add some SACP-shirted flair to the whole thing.

The point is, it didn’t need a real focal point, that situation just happened. What Cosatu seems to be doing is find a way to drag those people away from the funeral. This needs to be a peaceful event. We all know how funerals used to be political events in the 1980s, and how in the Middle East they still are. Basically, they can be an excuse for anger to spill over. And if the AWB heavies (and we do mean relatively heavy) have been drinking mampoer all morning, well, bad things could happen. So it’s a good idea to keep the two groups apart.

A word on the geography of all of this: The funeral is obviously in the white centre of town. The mass meeting is the community hall in Tshing, the black township. They’re not that far apart, but that’s about as far as you could comfortably manage here. Cosatu’s meeting will be talking about farm murders, but also about the need “for discipline” in this area during this time. Hopefully, that’s code for a meeting about why people need to behave themselves, and why there mustn’t be any revenge or violence.

The risks are still high, though. A mass meeting can be difficult to control. It’s all fine and dandy as long as there aren’t too many young hotheads. And while the leaders keep their heads. It helps to have a Vavi or a Mantashe there, someone who can be the big attraction and happens to be sane at the same time. But it also means that if, before the funeral an AWB member beats a worker on the side of the road, that meeting becomes a flashpoint for the anger of a really pissed-off community.

The police officers who led the service during Tuesday’s going’s on are still there. They’ve been planning for Friday, they realise how difficult it could be.

However, the story will not end here, this week. It will continue again next week, when the two people accused of murdering Eugene Terre’Blanche are due to appear again. Those police officers better get some cheap long-term accommodation in Ventersdorp and surrounds.

Photo: South Africans argue with police as tempers flared outside a South African court after the appearance of two black farm workers accused of killing white supremacist and Afrikaner Resistance Movement (AWB) leader Eugene Terre’blance, in Ventersdorp, in the North West Province April 6, 2010. Police erected a barbed wire barricade to separate a crowd of 200 Terre’blanche supporters from black spectators. The AWB promised on Monday not to seek violent revenge, easing fears that his death might provoke racial unrest. REUTERS/Siphiwe Sibeko