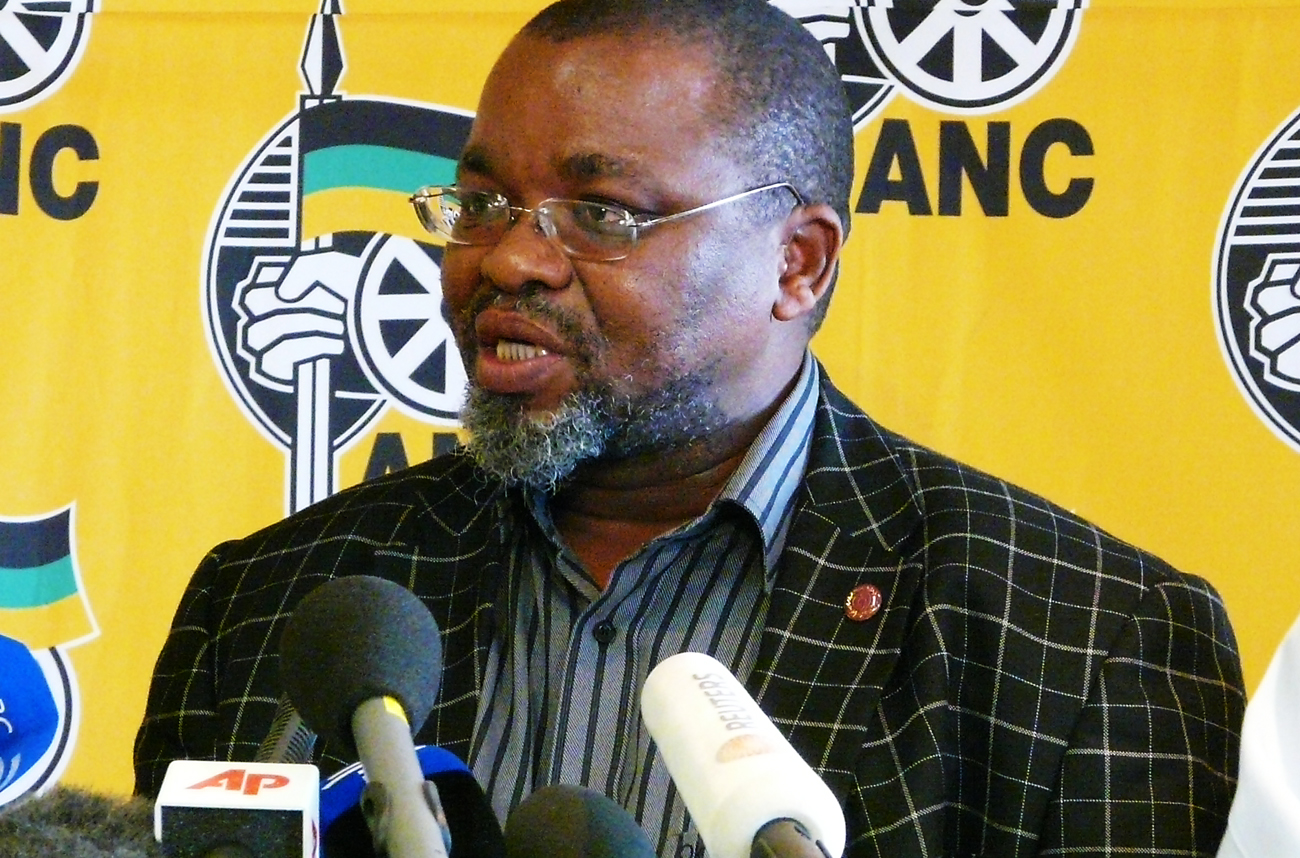 In a media conference hastily convened after conflicting reports on Wednesday morning about whether the ANC has commanded its Youth League leader to stop singing "Kill the Boer" song, party secretary-general Gwede Mantashe said no. And then he said yes.

Liberation songs are an important part of the history of the ANC, secretary-general Gwede Mantashe said, and an important part of political rallies, just like hymns in a church. The party will defend its right to sing such songs. However, given the current environment (after the murder of Eugene Terre’Blanche) “all structures, not just Julius, not just so and so, all structures of the ANC must restrain themselves.”

Which is where it gets a little muddy, as is so often the case in dealings between the ANC proper and its leagues. The ANC Youth League is not an autonomous body, Matashe says, but part of the ANC. Yet it doesn’t take orders from the ANC. Anyway, giving orders doesn’t work as well as getting a buy-in, because those closer to the ground need to police matters such as the signing of songs.

What will the ANC do if Malema continues to sing the song? It will consider the matter. What will it do if anybody else, within its own structures or from alliance members sing such songs? It will look at the circumstances. In other words, there has been a polite request that may, or may not, come with teeth.

On other issues Mantashe was somewhat more decisive. Should liberation songs be banned? Absolutely not; the ANC has suffered too many bannings to do that. Are they still appropriate, more than a decade and a half after liberation? Yes, because they are historically important and make members feel at home. Why should they not be sung right now? Because they could be used as an excuse by farm murderers or right-wing groups to blame their actions on the ANC.

He also promised an internal debate into such songs in general, in order to come to a political decision. Banning individuals from singing a type of song, or banning individual songs, won’t be effective, he insists. And the courts shouldn’t be called upon to make what should be a national decision.

Other tidbits that emerged: the ANC has no scheduled meetings with the Afrikaner Weerstandsbeweging (AWB), but is currently meeting with the Afrikanerbond, which seeks to represent the interests of white Afrikaans speakers. The party does not intend to raise the issue of whether Terre’Blance was guilty of using child labour (with regard to the 15-year-old worker who stands accused of helping to kill him) – not until after the funeral at least, because African traditional respect for the dead demands as much.

Should foreigners be afraid of attending the World Cup because of AWB threats? No, because those threats were withdrawn.

Then back onto more uncertain ground. Should or will the ANC withdraw its investment arm, Chancellor House, from a consortium that stands to gain substantially from Eskom power station contracts, which will be funded by way of that World Bank loan, which surely carries an inherent conflict of interest?

That is where Mantashe, in a show of considerable political flair, effectively accused the media and other interest groups of victimising the ANC. The issue of political party funding, he said, is a debate that must be opened “and we are prepared to engage in it”. But new rules should apply to all parties, not just the governing one, just as lifestyle audits should be done on all politicians, not just those within the ANC.

Oh, and if the Democratic Alliance is working to prevent the World Bank from granting Eskom the loan it needs to build power stations (an accusation he stopped just short of actually making), then the party is acting in an obstructionist, unpatriotic fashion.