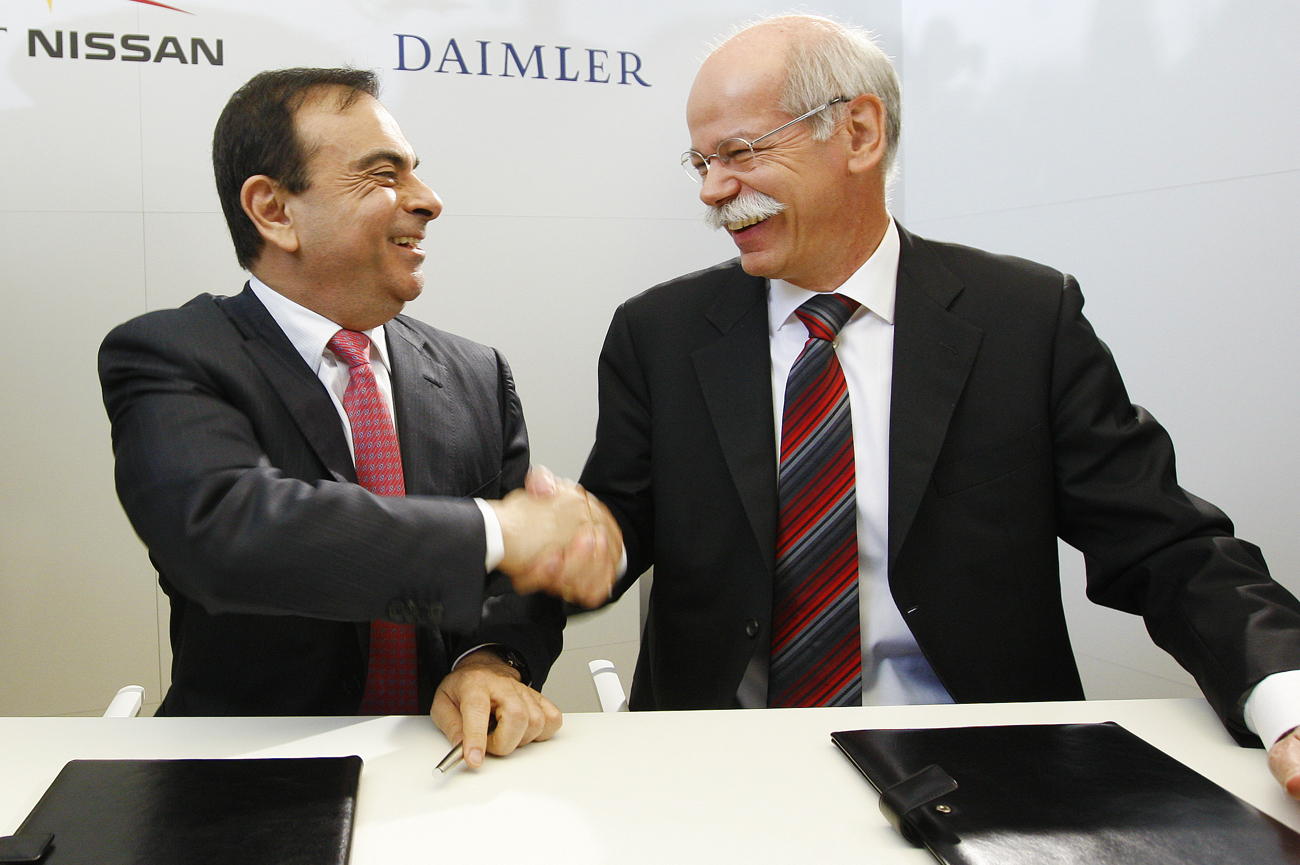 Renault, Nissan and Daimler have announced they’ll swap minor stakes and jointly develop cars in a venture to gain scale and share costs. Such is the hammering the automotive industry has taken in the swell of the global markets crash that Daimler will take 3.1% shareholdings in Renault and Nissan, who will both hold 1.55% in Daimler. To do this, Renault’s stake in Nissan will be trimmed 1.1% from 44.3%. Carmakers worldwide are trying to become more competitive by sharing costs, technology and by gaining scale. Fears about climate change and the market collapse have seen more demand for small and compact cars. Sharing ideas and skills and taking small stakes in each other may soon become something more substantial.

SEC still figuring out how to monitor high-frequency trading

The US Securities and Exchange Commission is taking yet another look at improving oversight of high-frequency trading, and is considering using unique identifiers for each trading firm and tagging every high-frequency transaction. This way the regulator would also be able to keep track of traders who aren’t registered market makers or broker dealers. High-frequency trading involves banks, hedge funds and brokerages using algorithms to make markets and earn reams of tiny profits from miniscule market changes. The SEC has been considering the move for quite some time, but needs some pretty nifty software so it can have both a telescopic and microscopic view of the process. And it also needs someone to train up its staff in exotic financial trades. Who’s it gonna call?

Chinese mull over yuan trade against rouble, won and ringgit

China is thinking of adding the Russian rouble, South Korean won and Malaysian ringgit to so-called cross-border trade — along with the US dollar, euro, yen, Hong Kong dollar and pound sterling — to make the yuan more of an international currency. This would enable foreign companies to buy or sell yuan more cheaply via direct trades and reduce China’s reliance on US dollar holdings, reports Bloomberg. Last year the government allowed some China-based companies to use the yuan in trade with Hong Kong, Macau and members of the Association of Southeast Asian Nations. That goes a little way towards internationalising the currency, but the US and Europe want nothing less than for the yuan to float freely on global currency markets.

Greek borrowing costs have risen just as it looks as though an emergency plan offered by the EU won’t stem a crisis in the cash-strapped nation. The higher the country’s sovereign borrowing costs, the less likely Greece will be to see the higher economic growth it needs to exit its 12.7% annual budget deficit underpinned by some $410 billion in debt. A continuing downward spiral in the Greek economy could have broader ramifications for the eurozone, especially countries such as Portugal, Ireland and Spain that are also battling rising public debt. The EU has shown it doesn’t have a specific plan to rescue Greece or any other eurozone member in the case of financial crisis, and possible intervention by the International Monetary Fund is both an embarrassment and still far from assured. Greece says the terms and conditions imposed for debt relief by the IMF are even less palatable than the high cost of money that the market is making it pay. The EU has vaguely said it will provide Greece with emergency loans if things fall apart, along with IMF support. But the Greeks are between a rock and a really hard place, and little of substance has been tabled.

Singapore will look to a stronger currency by October to slow inflation and enable it to catch up with regional peers in withdrawing economic stimuli, a Bloomberg survey shows. The city-state’s central bank uses the local dollar’s exchange rate, rather than interest rates, to conduct monetary policy, by keeping it within an undisclosed band against a basket of currencies. Singapore dollar gains have lagged behind the strengthening of Malaysia’s ringgit and India’s rupee, while consumer prices in the city are rising at their fastest pace since March 2009. The value of Singapore’s currency has fallen 0.2% since October last year, making it the worst performer among Asia’s 10 top currencies outside Japan. But analysts expect it to rise 1.1% by June, which should help keep inflation at bay.

As Asia’s best currency performer, further gains in Malaysia’s ringgit may see local-currency bonds become more attractive to foreign investors. RHB Capital, the country’s fourth-largest banking group, sees foreign ownership of ringgit-denominated government securities rising to some $22 billion by end-2010. Along with Australia and Vietnam, Malaysia raised its benchmark interest rate early in March as the economy emerged from recession. Now the ringgit’s reached a 23-month high against the US dollar, meaning ringgit bonds should continue to provide attractive returns for foreign cash, after giving the fourth-best returns in the past year among 10 regional indexes.

Google’s already awaiting court confirmation of a controversial settlement with authors and book publishers over its plan to create a global digital library, but now photographers and other visual artists plan to file a class-action suit against the world’s largest search engine firm, saying the project will also infringe their copyrights. The Authors Guild and the Association of American Publishers have already agreed to a $125 million settlement that, if approved by a court, will enable Google to scan and sell digital copies of millions of out-of-print books. The newly aggrieved groups decided to sue after their claims were rejected by a court last year. They say visual artists, whose work appears in the 12 million books and other publications Google has already scanned, are also entitled to fair compensation. They’re not wrong.

Novartis Pharmaceuticals is facing a class-action lawsuit in a New York federal court that says it practiced sex discrimination against female employees. Among the plaintiffs’ claims are that they were repeatedly passed over for promotion against men with inferior sales performances. The US subsidiary of the Swiss drug company faces more than $200 million in damages on behalf of at least 5,600 female sales employees, including allegations they discriminated against women in pay and especially against those who became pregnant. Novartis denies the claims, saying it was listed as one of the 100 best US companies to work for by Working Mother magazine for 10 years in a row.