The aftermath of Terre’Blanche’s murder: the rays of hope & reason 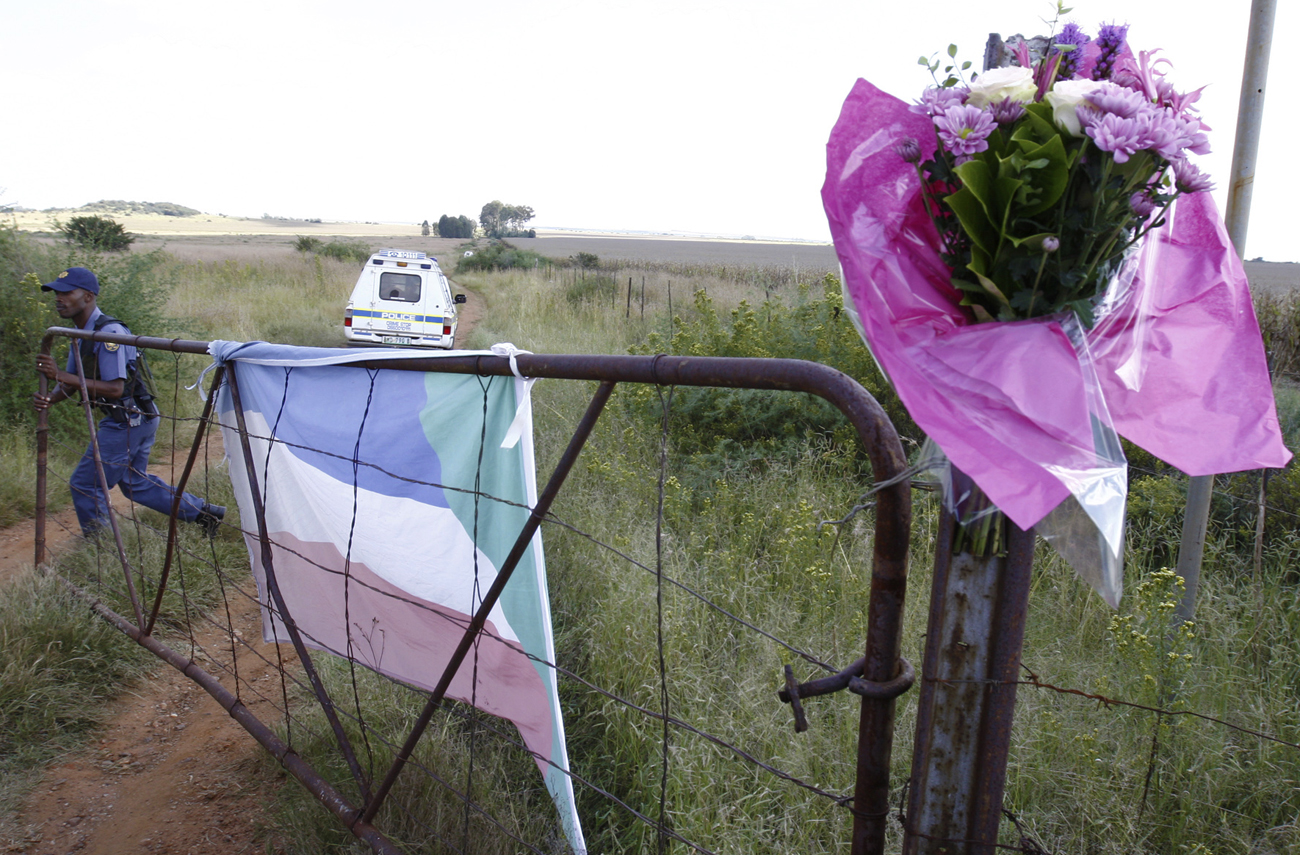 How could the murder of a man, who thought Hitler was right, and who did all he could to stop SA's break with the apartheid, come so close to wrecking the country? You really couldn’t have predicted that 24 hours beforehand, could you?

Imagine what it would take for the leader of the Ku Klux Klan to die, and to have Barack Obama on TV, to prevent the race war in a live address. Of course, in this case President Jacob Zuma brought it upon himself in a way. If he had reined in Julius Malema, this would have been a “death of a former neo-Nazi leader who used to be fairly important” story, instead of the burning issue it has now become.

It is interesting how people are treating Terre’Blanche. Some are using the phrase “love him or hate him”. Not many loved him. Even ANC figures are being slightly coy and talking about how, despite their disagreements, he was a leader. Cosatu said while “he was not a friend to the movement”, no one should have been murdered in this way. Oh, come on! We really don’t like to speak ill of the dead in this country. The truth is, he was a vile vicious thug who believed that black people were not human, that Jewish people should not be allowed in his house and people’s worth was determined by what race they were. He was a fascist. Nothing more, nothing less.

But we have to say this loud and clear. It’s because of the Zuma and ANC, that things didn’t turn out even worse. President didn’t just leave it to his minions or do a statement. He led from the front. (Quite frankly, we wonder if he read our Sunday’s piece.) He went on the telly and said absolutely the right thing. It may have been scripted, it may not have been. But he told everyone to calm down, to think before speaking. In ANC language, it sounded a lot like a pants down over the lap spanking for Malema. But it was crafted to be aimed at everyone.

Zuma was the president of the nation last night. Not of the ANC, or even of a faction within the ANC, but of the nation. It was a good exercise in governing. In dealing with a terrible situation and getting everyone to take a deep breath. What he’s also good at, is that he’s one of the very few political leaders who would be able to convince the Terre’Blanche family that he feels their pain.

Malema’s reaction was pitiful. He’s still in Zimbabwe, and the SABC caught up with him there, and put the question to him. He seemed to be almost smiling when he claimed he didn’t know anything and wasn’t going to comment. His “the Youth League will comment” was an appalling thing to say, especially when three days earlier his lawyers had told the North Gauteng High Court that he “is the Youth League” in public.

A digression into the Malema issue, if we may: To our mind, there is no smoking gun as yet between Malema’s use of the “shoot the Boer” song and the beating to death of a man who many people would be allowed to think simply had it coming. That is a fact. Fiction and fear are quite different. And the ANC is now paying the price for letting things get out of hand. This is about Malema, this is about not keeping him on a tight enough leash, it’s about Zuma’s failure to shut him up. It’s also about the ANC not giving a stuff about Afrikaner fears for the last year or so, and now suddenly having to make up for lost time.

Put another way, this murder is probably going to make sure the country now auto-corrects. For the last few months there have been racial undercurrents, the words used in our “national conversation” have become sharper, tempers shorter. The ANC hasn’t cared too much. It cares now. The upshot of all of this is that Terre’Blanche’s death means we won’t hear that song in public for quite some time. We think. Well, we hope. It’s an opportunity to realise that there’s a difference between what should be allowed, i.e. the song should not be banned, and what people should do, i.e. people shouldn’t sing it.

The road ahead now will be interesting. After the government figures went to the Terre’Blanche homestead yesterday, the opposition parties will now want their turn. Mosiuoa Lekota is there this Monday morning and is practicing his best Afrikaans. Helen Zille may think twice before going though, as it may send the wrong signal in some strange way. The ANC will have a presence, and the media will find white people who loved him, and black people who hated him. Outside of Ventersdorp, you may have to look pretty far for the former.

And what about the AWB itself? It’s not a big organisation. For a few weeks it’ll be given the  strange legitimacy a victim gets – that its comments matter and will change the world. Like all far-right organisations, it is the members with fanaticism and money you’ve got to worry about. They have guns, can probably get some explosives. Think of a Boeremag situation, that kind of operation is not outside the realm of possibility. But it was a “party” in the brand of its leader. Without him, his public profile, the “blue flame of his blowtorch eyes”, to quote Jani Allen, the organisation was really nothing. Before Saturday night would you have been able to name any other members of his party?

There have been plenty of comparisons to Easter 1993 and the death of Chris Hani. This time is very different, though. This was the death of an extremist that appears to be but another point in the list of horrible farm murders that plague this country. In part, the massive reaction has been because of another sort-of-extremist, Julius Malema. For now, the middle ground in this country is holding. The leaders look genuine in their condemnation and most people believe them. More importantly, the middle-of-the-ground leaders now realise why it is important to stop their sort-of-extremists. And therein lies the first and probably the most important lesson of this bloody Easter weekend.

Photo: A police vehicle drives past flowers placed at the entrance of Eugene Terre’blanche’s farm in Ventersdorp April 4, 2010. South African President Jacob Zuma called for calm on Sunday after the murder of white far-right leader Terre’blanche fanned fears of growing racial tension. Police have detained two black farm workers and suspect Terre’blanche was killed in a dispute over unpaid wages, but AWB says he was battered and hacked to death in an attack with political overtones. REUTERS/Siphiwe Sibeko.