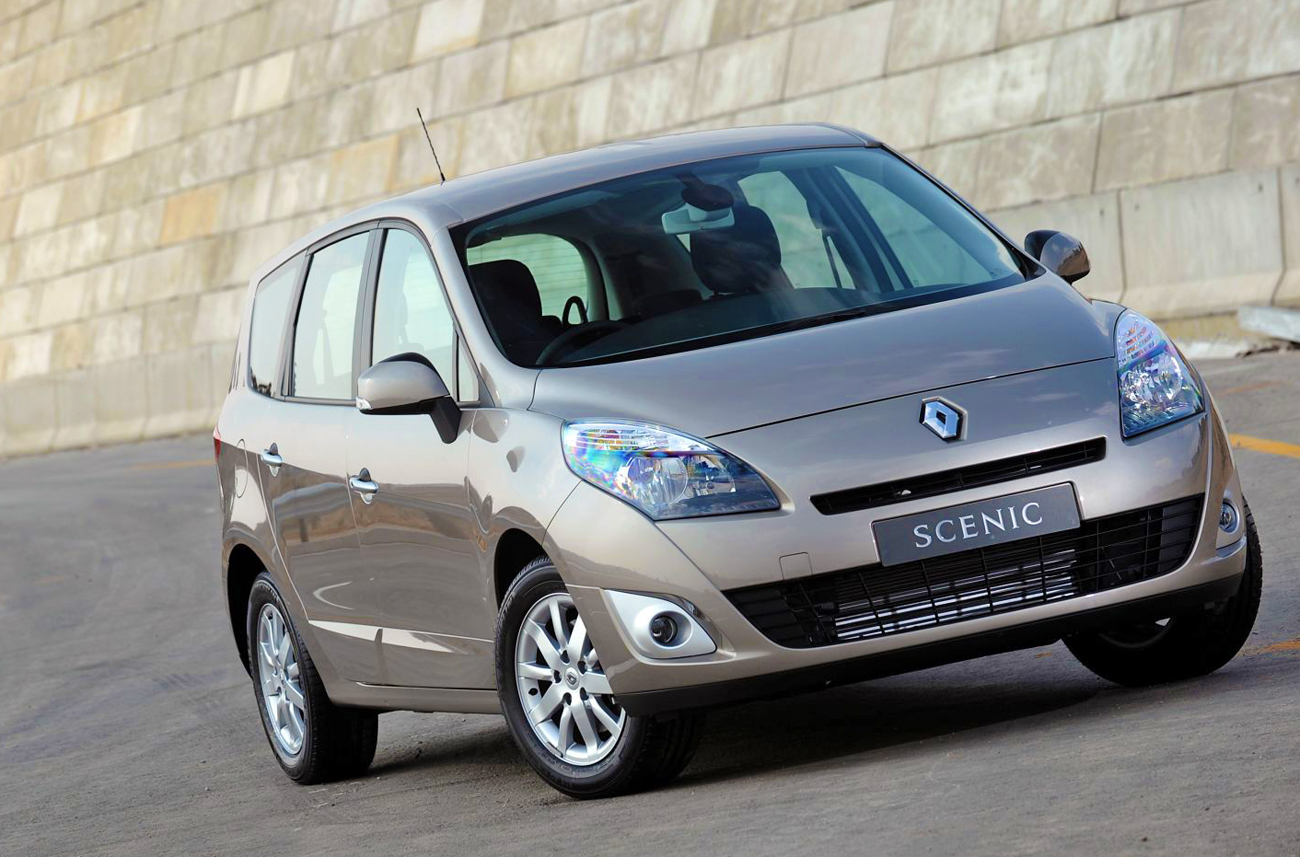 The first Scénic linked the compact footprint and wieldy handling of a hatchback with the space and taller stance of an MPV – and it was an instant hit in markets around the world, including South Africa. Three generations on, the latest Scénic is more sophisticated than ever.

The same can’t be said about Renault’s ability to retain its customers here. After the French marque’s spectacular return to SA, with models like the first Scénic selling in their hundreds, the brand’s performance became increasingly marred by poor after-sales service, high service costs and parts availability issues.

It’s taken the SA Renault operation some time to address those issues, but real efforts – such as its five-year/100 000km warranty, predefined price structures for services and noticeable efforts to improve its after-sales service via focussed internal campaigns have paid dividends. And sales are climbing as a result. A complete renewal of its passenger car range, which has seen 11 new models launched in just 12 months, has also helped create a new interest in the brand. And it would appear that the newcomers are standing up to the critical scrutiny of would-be buyers.

The Grand Scénic is one of those. It’s the larger, long-wheelbase member of the current Scénic family, and uses the extra space to offer a third row of seats, or additional luggage space. Targeting the family market, it’s an obvious choice for those seeking a stylish mom’s taxi.

Because form does follow function when it comes to MPVs, this latest, third-generation Grand Scénic doesn’t look dramatically different compared to its predecessor. It retains the high roofline, the blunt front-end treatment and the near vertical tailgate. The real changes are all in the details. And those details add visual interest and lustre to the Grand Scénic’s appearance. The front-end treatment is smooth and uncluttered, with large, clear-lens headlights flanking the discreet aperture of the upper air intake. Neatly integrated fog lights are placed on either side of the main, lower grille.

Tight shut lines and flawless curves underscore Renault’s commitment to improving quality, and there are just enough contours and style lines to prevent the Scénic looking slab-sided and ordinary. It’s an attractive, even eye-catching MPV, though the extended wheelbase can make it look a little ponderous from some angles, especially from the rear.

The large vertical tail light clusters provide some visual relief from the vast expanse of the tailgate. Those handsome alloy wheels are a welcome bonus, while indicating a certain level of dynamic intent.

The Grand Scenic is only available with one engine – but it happens to be the best choice for this application. The 1,9-litre, four-cylinder  turbodiesel unit has been carried over from the previous model, and links a maximum power output of 96kW to an impressive 300Nm of torque.

That urge is transferred to the front wheels via a six-speed manual gearbox, which is the only option at present, although a new, dual-clutch gearbox with both manual and auto shifting modes should become available before the end of the year. That one might be the better option, given the high percentage of urban usage to which the Grand Scénic is likely to be subjected.

The common-rail turbodiesel engine, however, is a good choice for the Grand Scénic, because it offers plenty of lugging power to cope with heavy loads and will deliver frugal consumption on long-distance trips. Besides, it’s also responsive, with plenty of tractability for in-town commuting. In the best MPV tradition, the Grand Scénic epitomises versatility. Because it’s longer than the standard Scénic, the interior offers even more space, including two pop-up third-row seats. Don’t expect to accommodate anyone older than six at the back, though – legroom is compromised. We’d rather use the space for extra luggage.

As before, the second-row seats can be folded flat, tumbled forward or even removed completely, providing an almost infinite number of configurations. But it’s the quality execution of the interior that impresses most – an aspect that was sadly lacking in this Grand Scénic’s immediate predecessor.

The result is an interior that is impressively posh, with a real focus on providing materials and finishes that feel substantial and upmarket. The cabin design and layout is contemporary and innovative, with a central, graphic instrument array, while an integrated TomTom Carminat navigation system is included. Considering that the German luxury competition charges around R20K for integrated navigation functionality, the TomTom system is a real boon, and works exceedingly well, with accurate local mapping that can also be updated online.

Ergonomics score high marks too, and the standard specification is comprehensive across the board, including an impressive array of active and passive safety systems.

The focus is very much on comfort and ease of use, with intuitive controls, keyless entry and loads of space. The excellent sound system includes USB and auxiliary sockets for personal music players, while the rear window blinds are a nice touch. All considered, this is an interior in which it’s a pleasure to spend time.

Performance isn’t really top of mind when it comes to vehicles like the Grand Scénic, so the fact that it feels willing and responsive on the move comes as a pleasant surprise. There’s no turbo lag to speak of and well-stacked ratios make the most of the engine’s urge.

Acceleration from zero to 100 takes a sprightly 11,5 seconds, which always feels quicker than that figure suggests, while the top speed is 195km/h. More importantly, the turbodiesel’s shove allows incisive in-gear acceleration and tractability, making for safe and rapid overtaking and quick reactions in traffic.

The suspension settings focus on comfort without feeling soggy and cope well with loads. The steering is perhaps the only disappointment, with an action  that’s too light and lacks outright feedback.

Those attributes will be particularly appreciated by the families this Renault people carrier is aimed at, especially considering how torrid our traffic conditions have become. It’s simply another feather in the cap of an impressive all-rounder.

The Grand Scénic offers a lot of vehicle for the money. Its combination of space, versatility, standard equipment and safety, together with that third row of seats, makes it an attractive family car option, while the car-like dynamics make for a user-friendly package, too.

The real issue, however, is whether Renault and its local dealer network will be able to offer the Grand Scénic, and the other impressive new models in its stable, a level of service and support commensurate with the product’s new-found quality and overall excellence

Real strides are being made in that department, underscored by the excellent warranty, and in the Grand Scénic’s case, a five-year/100 000km service plan. That alone will make for a big improvement in brand perception and could put the Renault brand back on track.