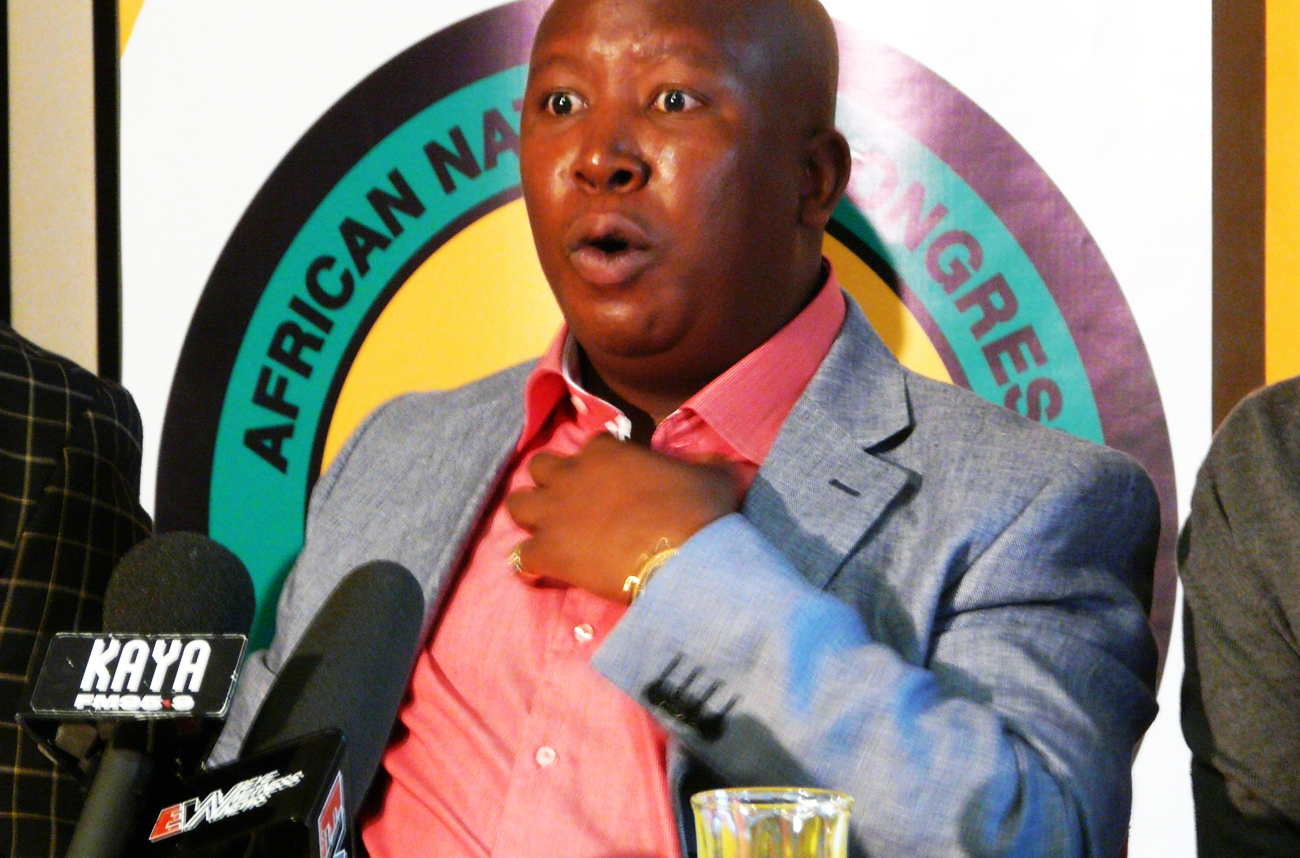 This wasn’t a decision Judge Eberhard Bertelsmann of the North Gauteng High Court wanted to make on Thursday. He tried to find a way out; he even spoke to Julius Malema’s lawyers and asked if Malema would voluntarily stop singing the song for a while. You know, just until the Equality Court heard the case. The answer was fairly easy to predict: NO.

But Bertelsmann, being a judge, wasn’t going to duck the tough decision either. If it had to be made, it had to be made. And he didn’t have much of a choice. He had to – and did – put the rights of those who feel affected by the alleged hate speech first. So, he granted Afriforum the interim order it wanted, saying Malema was no longer allowed to use the phrase, “Shoot the boer”. He went a little further actually, saying it was “indistinguishable” from the phrase “kill the boer”. And that that constituted prima facie hate speech. But, being hugely aware of what will happen next, he also made damn sure not to pre-judge the case any further. He also said this interim order will cease to have any effect from the first day of an Equality Court hearing. In other words, he’s given Afriforum what it wanted, but only just.

Judge Bertelsmann is a really good man. He’s been through a lot in his own life, and is himself a verligte (enlightened) one. He should really be on the Constitutional Court. But that doesn’t mean his race and culture aren’t going to be used against him. We realise judicial decisions should be depersonalised, it’s not about the identity and race of the judge. But politicians don’t care about that. We would have enjoyed seeing Judge Bernard Ngoepe presiding over this. He’s got the sheer gravitas to have made it all work.

From its side, the ANC engaged one of the heaviest of heavy hitters, Vas Soni, to appear for them, and yes, the ANC and the Youth League have now joined forces in this case. Soni is an SC, a regular acting judge and a member of the Judicial Service Commission. They don’t really come much better. And he’ll probably go all the way on this, so at least there’ll be a top-class legal mind to wade through the issues. He did very well, considering it was on the hop and he hadn’t been able to bring evidence about the nature and culture of “struggle” songs.

The question now, of course, is what will the ANC, and crucially, Malema himself do? Malema would just love to go to jail for a couple of days. What would give him greater street cred with the younger masses for whom he professes to speak? It would literally make his year. And an impending contempt-of-court charge could lead to that. Thankfully, he’s out of the country for a few days, spreading his own brand of havoc on our benighted neighbour to the north, Zimbabwe. That may give all participants some breathing space to figure out what’s best to do.

But if he doesn’t break this order, it will only be because President Jacob Zuma has told him not to. He was never going to listen to Gwede Mantashe much, although for Mantashe to say in public that Malema should obey the court would be quite something. Nope, this is a job for Zuma.

It took the ANC about 12 hours to respond to this. Sure, it was the night before a public holiday weekend (no jokes about Jackson Mthembu, please), but the phone lines must have been humming between the sixth and seventh floors of Luthuli House (Mantashe’s office is on the sixth, the Youth League’s on the seventh), and the Union Buildings. Eventually, the reaction was one of those “we’re disappointed and will fight it, but we don’t know what else to say yet” statements.

The ball is now very much in Malema’s court. He can obey the court order – rage against it, but obey it. He’d come across as mature, grown up, as a rough cut undergoing the polishing process. Or he could jump on the first plane back, find the nearest microphone and strike the note. On balance, we think Zuma doesn’t want this fight between Malema and the courts. Mantashe and company certainly don’t. So we should find out in the next few days whether the ANC, i.e. Zuma himself, has any influence on their young raging lion cub at all. Don’t forget that when Peter Mokaba had to be reined in from singing “kill the boer”, Cyril Ramaphosa, then ANC secretary general, had a devil of a job. In the end it was Madiba himself who had to tell him to shut up. Zuma’s enjoyed using Mandela’s legacy recently, he might like to use this opportunity to do it again.

Another question is, will Afriforum and the people it represents come to accept that this is “only a song”? We understand it’s hurtful, but no long-term good will come from upping the ante in this way. As we’ve said before, Malema’s just going to get stronger in the aftermath of this. And this is a debate we don’t need right now. And he doesn’t mean people must kill boers. The killer fact in all of this is that there is no correlation between the number of farm murders and the singing of this song. That doesn’t mean Malema should sing it, it’s hugely insensitive at best, but it does mean it may not be incitement and thus should not be banned. Now that he’s been banned, the temptation for him, and many hundreds of thousands like him, to keep upping the ante must be huge.

This case is already going to go through our courts and continue so for a foreseeable time. At least, if we’re going to have a national debate over this, it will be clever people arguing logically and cogently in a quiet forum and wearing black gowns.

But the true problem is: If it’s up to Malema, the issue will be fought in the streets and stadiums, full of increasingly angry people. And that’s when things will start to get out of control. All of it, of course, just days before the World Cup. Mazeltov!