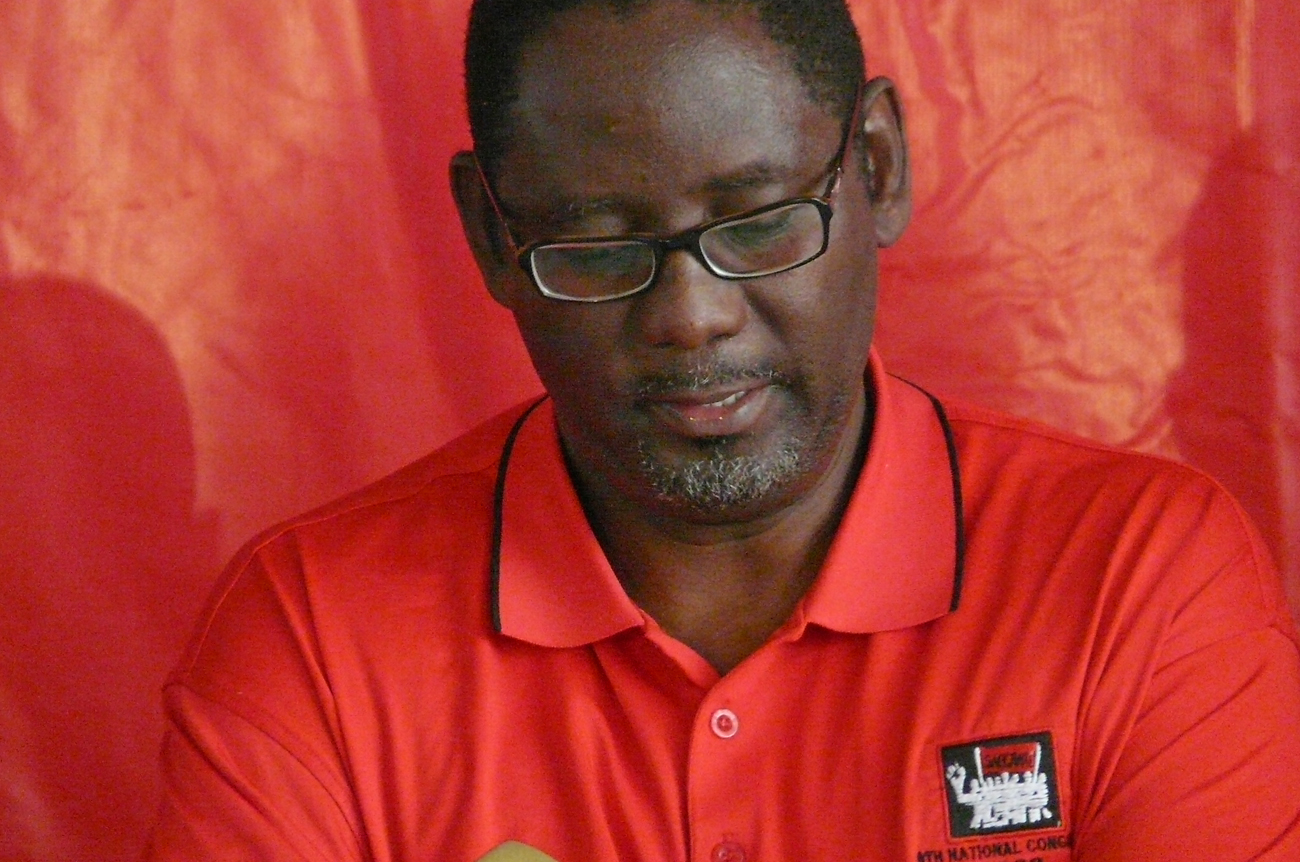 Oh, we hate these kinds of headlines. Zwelinzima Vavi, seemingly the lone guy who’s been shouting the truth at those in power, and suddenly, BAM! Mail and Guardian’s front page this morning shatters that illusion too.

The Mail and Guardian has discovered that Vavi’s wife, Noluthando (they were married about two years ago, and yes, she is a little younger than him) was being paid R60 000 a month to market insurance products to unions. She’d have an in there. And yes, just to tick that box, we’re talking about unions that do belong to the Congress of SA Trade Unions. In fact, we’re talking about the National Union of Mineworkers and the National Union of Metalworkers of SA, the federation’s biggest affiliates, and kingmakers.

Vavi must have known his wife was getting money and how. As they presumably share premises, a flat-screen and perhaps a garage, he must have known he was benefiting. It also means that she was, only on that “retainer”, earning more than him a year. He’s on about R500 000 a year, after recently being given an above-inflation increase – that puts the Vavis comfortably in the million-rand-a-year earnings bracket.

Then we have the attempted bribe itself. M&G says it was Vernon Bock, the CEO of Southern Africa Quantum who promised to do “anything” to make sure this story wasn’t run. It’s not often a paper has the balls to say, “Okay, go for it”. And he did. He offered R120 000, and they made damn sure they got the first payment on camera (the money’s now with their lawyers in case you’re wondering).

A few things here. First, well done to the Mail & Guardian. They are a shining light.

Second, what did Vavi know, and when? It seems to us that it’s highly unlikely he knew about the bribe attempt. He’s way too sharp to think he could get away with it. Not with the M&G. Of course, we’d like to know if his wife knew about it. M&G’s editor Nic Dawes confirms the paper had no contacts with Noluthando Vavi and has no proof she knew about the bribe attempt. At this juncture we don’t know if Bock spoke to her. But it is really difficult to grasp Bock’s desperation level. Did he think the world would stop spinning? The contract she’d signed with the company had been arranged before he took it over (the man who did sign it, Abe Nduru, has passed on), so he could have claimed he knew nothing about it. Was it part of a complicated sting, to try to prove journalists take bribes? (No Stephen, that’s way too complicated, even for our politics. You’re giving them too much credit – Ed)?

Then there’s the impact of all of this on Cosatu and the alliance. Damn and blast again. Vavi’s been leading the charge against the tenderpreneurs, against that evil nexus of money, power and influence that has been the dominant theme running through the political year. Because he had the strong backing of his organisation, and wasn’t in government or on the ANC’s national executive committee, he could really go for it. No matter what happens now, no matter how strident the denials, when that voice is tarnished, it cannot sing that single clear note anymore. This is more evidence of what happens when things get dirty in this country. None of us is left clean. No closet is without skeletons. Vavi now has mud all over him and it is not certain for how long it will stick. Any attempt to lead the anti-corruption charge will be met with finger-pointing and laughing. He’ll just be accused of living large through his wife. And the media will be left a little soiled as well. This will somehow be used to give juice to claims bribery of reporters and journalists is rife, at a time when the ANC Youth League is trying to prove just that.

It’s also not the first time a respected political leader has done good things, and then fallen for a younger woman. Sometimes, particularly in southern Africa, that’s had disastrous results.

From his side, Vavi himself has given a comprehensive reply to all of this. Talking to Talk Radio 702’s  John Robbie this morning, he made the point, several times, that “there was no conflict of interest” and that “she had no business relationship with Cosatu”. When pressed on the bribery claim he was slightly more forthright about Bock and the company. “I think they acted stupidly, there was nothing to hide, he didn’t have to be ashamed”. He’s absolutely right on the company being stupid.

The conflict of interest problem is a little more tangled, however. He can’t say that just because he doesn’t have any business interests, he doesn’t benefit from anyone else’s. It’s like Julius Malema living on “handouts”, but being listed as a director of a company. He may not get the money directly, but he still has a Range Rover. In other words, Vavi must have benefitted from his wife’s new-found wealth. He told Robbie himself that R60 000 a month was a lot of money.

Vavi will probably survive all of this. He didn’t do anything himself, he’s very popular within Cosatu structures and he’s already said he’s not available for re-election in 2012. The main power brokers in the federation, NUM and NUMSA, are still deciding who’ll take over, and they won’t want an early war about this. They’d prefer to take some time to work out who his replacement will be. Also, while there’s now plenty of smoke around Vavi, there’s no gun that’s the source as yet. But the question will now hang over him; is he, along with all the others, getting away with murder?

Whatever happens in the following days and months, one thing is certain: In this increasingly sad space called South African politics, it will be brute power and not the moral fibre that will decide the winners. Blast!