01 April: Pope sees Easter as time for reflection on se...

01 April: Pope sees Easter as time for reflection on sexual abuse in Church 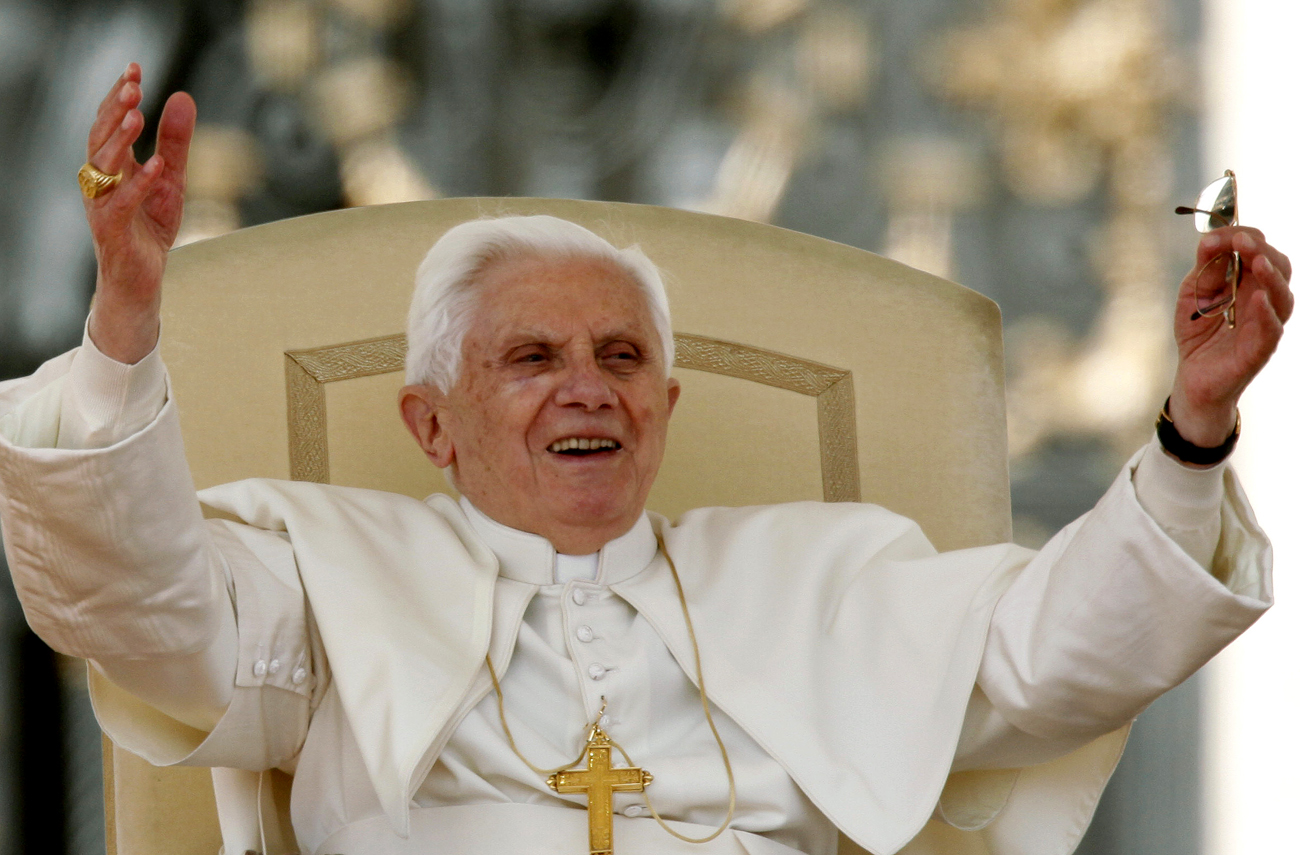 Pope Benedict XVI sees the sex scandal in the Catholic Church as a test for him and his flock, as bishops around Europe used the week before Easter to announce new pledges of transparency in dealing with the abuse of children. In a new turn for the Church, under flak for a series of sexual abuse cases in Australia, the US and Europe, AP says Swiss bishops urged victims to consider filing criminal complaints, while German bishops opened a Church hotline for victims. The Pope is fighting allegations that he and other senior Church members turned a blind eye to decades of abuse across the world, by neglecting to inform civil authorities and papering over the problem within the Vatican. Danish bishops have now launched an inquiry into decades-old abuse claims, with Austria’s most senior cleric admitting Church guilt in a service for victims seen as a sign of penitence. There are plenty of Hail Marys to come.

Photo: Pope Benedict XVI gestures to the faithful as he leads his weekly audience in St. Peter’s Square at the Vatican March 31, 2010. REUTERS/Alessia Pierdomenico

Doku Umarov, the leader of Islamic militants in Chechnya and other regions in Russia’s North Caucasus, claimed responsibility for deadly attacks on the Moscow subway hours after more suicide bombs killed another 12 people in Dagestan, which borders Chechnya. In a message posted on the internet, he said the Moscow bombings, which killed 39 people, were revenge for the killing of civilians in the North Caucasus region by Russian security forces. The Dagestan attacks have not yet been claimed. The bombings in Moscow were the first in the capital in six years. Umarov warned of more attacks.

China has agreed to enter negotiations over the wording of a new resolution to intensify international pressure on Iran over its nuclear programme. That’s diplomatic-speak for a long round of lexical talks that nitpick every grammatical ambiguity in the context of China retaining the upper hand. The Chinese have long resisted the idea of new Security Council sanctions, saying further diplomacy is required. The five permanent members of the Security Council – the US, Russia, China, the UK and France, along with Germany – have been discussing the idea of more comprehensive sanctions since the rinderpest. US Secretary of State Hillary Rodham Clinton now says all parties are unified on the issue, and that “a great deal of further consultation” would occur in coming weeks. She’s not kidding. In diplomatic-speak, that means they’re not unified, but maybe will talk about further talks.

Dozens of well-armed gunmen thought to be linked to drugs cartels attacked two army garrisons in northern Mexico, sparking battles and killing 18 attackers, but leaving only one soldier wounded. It’s rare the gangs directly take on the military, and even more so to attack in such force. The army claims these were desperate reactions by criminal gangs to government successes in the war against Mexico’s drug cartels. The gunmen are reported to have parked vehicles outside one military base to block troops from leaving, while also blocking several streets leading to another base near the city of Matamoros. There’s a raging drug war in many parts of Mexico, with some 18,000 people killed since late 2006. Drug cartels are suspected in the recent killing of three US consular staff members in the country.

Haitians get more aid than asked for

A UN donor conference has pledged nearly $10 billion in immediate and long-term aid to Haiti, of which $5.3 billion to be disbursed over the next two years exceeds the $4 billion requested by the Haitian government. Haitians are trying to rebuild the devastated economy after a January earthquake killed about 200,000 people and left about a million homeless. The US and EU were the biggest contributors, although more than 130 countries took part in the conference. The aid will be used for the provision of food, and will help rebuild Haiti’s government, along with schools, hospitals, and the country’s agricultural sector. The UN will monitor progress and transparency using an internet-based tracking system.

US President Barack Obama says drilling for oil will be allowed off Virginia and that the White House will consider extending this to much of the rest of the Atlantic coast. This likelihood will reverse moratoriums on exploration put in place in the 1980s. The US has only 5% of the world’s population, but uses some 25% of global energy resources, so it wants to cut dependency on foreign oil, especially from places such as the Middle East and states of the former Soviet Union. The proposal is aimed at appeasing Republicans with a view to getting them to support Obama’s vision for climate change. The move will anger environmental groups and politicians in coastal states, but along with earlier concessions on coal and nuclear power, the Democrats need to play real politik in the House and Senate in the context of a broader commitment to renewable energy.

Is an earthquake coming? Watch the toads

Common toads, like many animals, appear to be able to sense an oncoming earthquake before it strikes. But scientists discovered a population of toads left their breeding colony days before a large temblor struck in Italy in 2009, despite the colony being some 75 kilometres from the quake’s epicentre. That’s considered highly unusual. Earlier evidence shows that fish, rodents and snakes only tend to react shortly before an earthquakes strikes, rather than days ahead of the event. There’s a new and better canary in the cage.