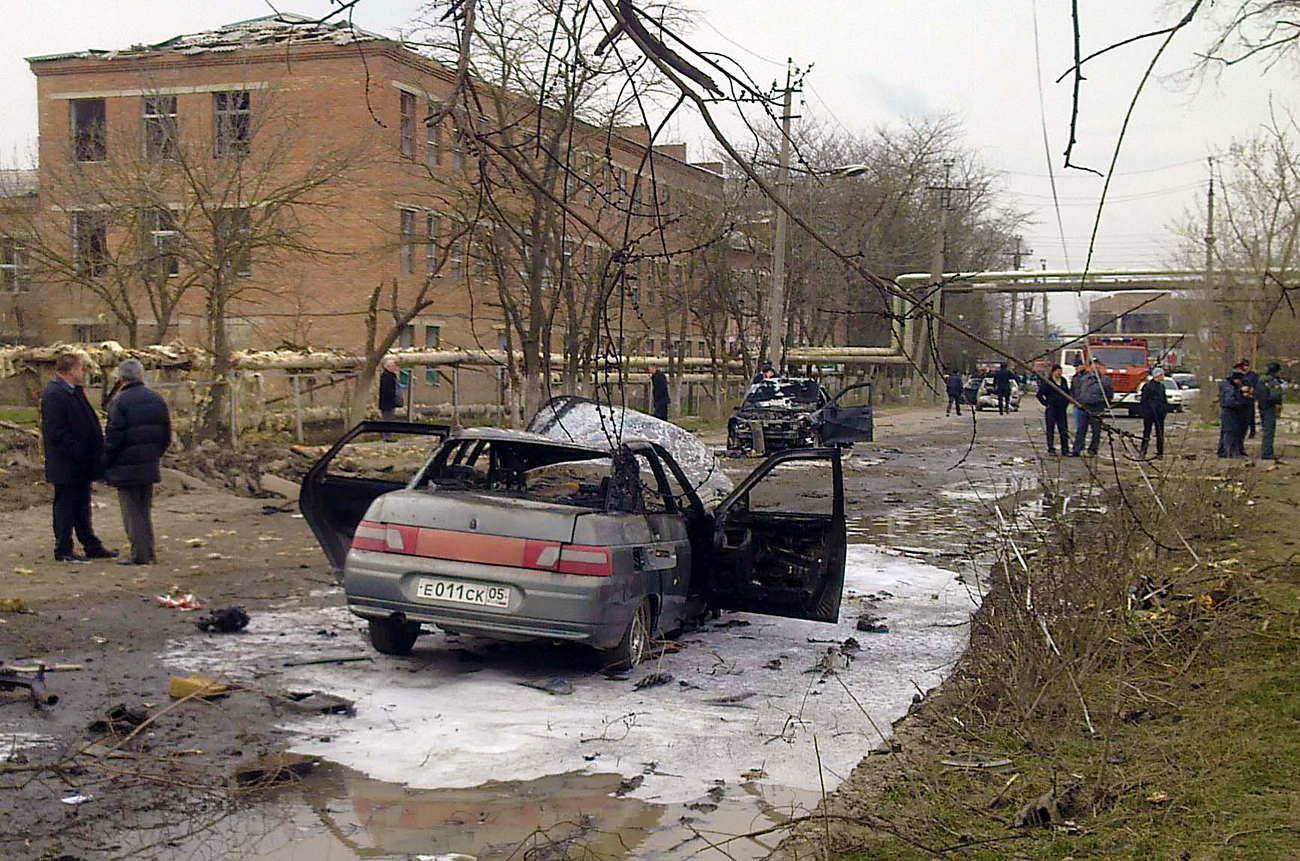 More bombs go off in Russia

Two explosions rocked the town of Kizlyar in Russia’s North Caucasus republic of Dagestan, killing up to nine people. The blasts near the offices of the local interior ministry and the FSB security service happened within 20 minutes of each other, and come on the heels of two Moscow Metro suicide bombs that killed dozens of commuters, and were blamed on North Caucasus militants. Violence in Dagestan has escalated in the past two years following the crackdown on Islamist militants in neighbouring Chechnya and violence in the tiny Russian republic of Ingushetia. While Prime Minister Vladimir Putin says Russia will scrape the terrorists “from the sewers”, the Russians know these sewers are deep and long.

Some US Democrats are trying to make a mid-term election campaign issue out of news that members of the Republican Party’s national committee spent nearly $2,000 whooping it up with strippers at a California nightclub. But the Republican National Committee has already fired a staffer who helped organise the bash with topless dancers in bondage outfits, and said it’ll recoup the money from a party-political donor who paid the tab. Republicans say the head of the RNC knew nothing of the night out by a group of young Republicans, despite the nightclub’s bill being listed in a federal financial disclosure report. The GOP’s now fighting flak from senior Democrats, who are looking to make political hay.

French President Nicolas Sarkozy, fresh from a visit to the White House, says he and US President Barack Obama will push for Europe to be engaged in new UN sanctions over Iran’s nuclear programme, and hopes to have the embargoes in place within weeks. But Sarkozy hasn’t always had such a cosy relationship with Obama on the issue, thinking that before Obama became president, he was soft on the claim that Iran is seeking to develop nuclear weapons. There have already been three rounds of UN sanctions against Iran, blocking trade in various nuclear materials; freezing the financial assets of those involved; banning all Iranian arms exports, and scrutinising the dealings of Iranian banks. The US and its allies on the UN Security Council want a fourth round of sanctions targeting Iran’s oil trade. Russia is a maybe, but China won’t play ball.

Vatican seeks to protect Pope from testifying over sexual abuses

In what’s said to be the only case that has been ever been filed against the Vatican, and involving no other defendant than the Pope, three men who claim they were abused by priests in Kentucky have now had their 2004 court case heard on appeal. In trying to keep the Pope out of court, the Vatican plans to argue Benedict XVI has immunity as a head of state, and that American bishops who oversaw sexually abusive priests weren’t employees of the Vatican. The latest statement from Rome comes at the same time the Holy See tries to fend off claims that it was involved in covering-up the abuse of some of 200 deaf boys in a US diocese, and in the face of a flood of new sexual abuse claims in Europe. The three men’s lawyer is seeking a class-action suit, saying there are thousands of such victims across the US. He’s seeking to have the Pope testify under oath that the Vatican failed to alert police or the public about Roman Catholic priests who molested children. Interesting times, indeed.

Google will be watching with interest what appears to be a coordinated assault on the Yahoo e-mail accounts of more than a dozen rights activists, academics and journalists who cover China and Taiwan. The hack attack blocked off users from their accounts and altered e-mail settings so that all correspondence was forwarded to another e-mail address. Google is now routing its Internet search requests from mainland China to a site in Hong Kong, after threatening to leave the country over a row about censorship and an alleged spate of attacks on its e-mail users – including American corporations, law firms and individuals who are critical of China’s authoritarian government. Now, Yahoo may join the fray. But the search engine firm was once accused of providing Chinese authorities with information that helped convict a journalist. So, what goes around comes around.

Serbia’s parliament has apologised on live television for the 1995 killing of some 8,000 Bosnian Muslim men and boys in Srebrenica, but stopped short of calling the massacre “genocide”. The country’s ruling coalition of pro-Western Democrats and Socialists is trying to get into the EU and want foreign investors to look favourably on a nation still trying to shrug off the worst atrocity in Europe since the Second World War. The Socialist party was once led by former Yugoslav president Slobodan Milosevic, who died of a heart attack during his trial for war crimes in The Hague. Bosnian Serb forces led by General Ratko Mladic – who’s still a fugitive – killed the Bosnian Muslim men and boys while they were under UN protection. The killings remain a huge embarrassment to the world body and Nato forces, who let the murderous troops walk right past them. The West wants Mladic arrested before there’s any thaw.

Obama mulls whether tea party’s a storm in a teacup

US President Barack Obama has acknowledged the new and conservative “tea party” movement has legitimate concerns about big government, but says the majority of the loose anti-government networks is on the fringe of the nation’s politics. In other worlds he’s not yet worried about the leaderless coalition, despite polls showing the recent US political phenomenon is viewed favourably by the majority of Americans. Republicans want to garner their votes without losing other voters in the process, while Democrats are trying to marginalise and ignore them. The tea party group is divided over most things except the need for smaller government, less spending and an end to Obama’s “socialist” policies. It’s quickly become a “third force” in US politics, with no allegiance to any political party, and includes independent voters and even moderate Democrats in its ranks.

Large Hadron Collider back with a bang

The European-based $10 billion Large Hadron Collider is back with a bang, throwing together sub-atomic particles to simulate conditions to try to explain how the universe began. After a rickety start, with technical problems galore, scientists have managed to smash together two proton beams, producing three times more energy than has ever been created before. It’s taken 15 years to get the collider from a test phase to the world’s largest ongoing experiment. The power produced will soon be ramped up even more, as researchers watch for elusive particles that are currently more in the realm of theory than observed reality.