Golf GTD, the hot hatch SA deserves – but won’t get

Golf GTD, the hot hatch SA deserves – but won’t get 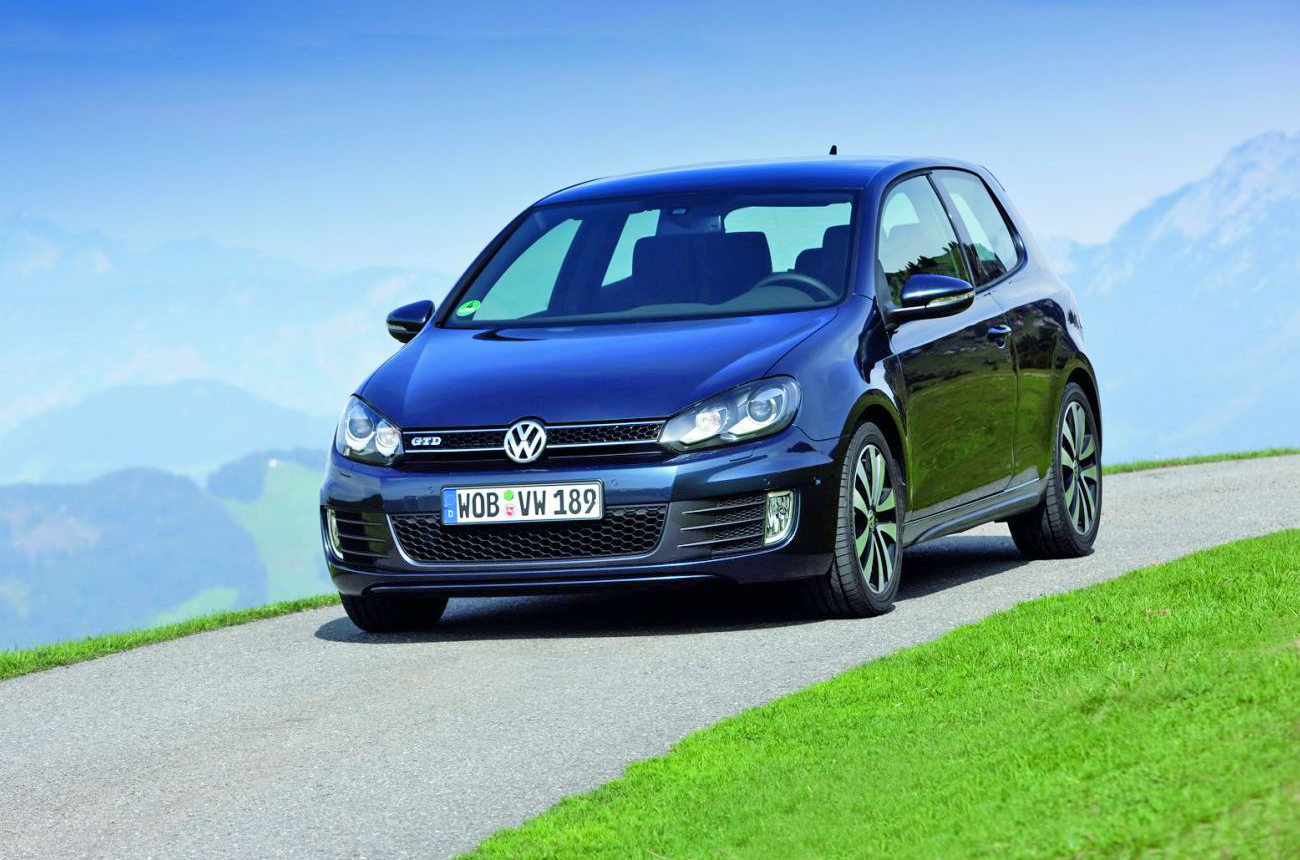 Diesel cars have become big news in South Africa, primarily because they offer superior fuel consumption and torquey performance, compared to their petrol siblings. But while we still consider diesels as utilitarian beasts, there are now hot hatch versions in Europe – like the Golf GTD, for instance.

Volkswagen’s Golf 6 has been available in SA since 2009, and it’s available in several versions, including that most iconic of performance hatchbacks, the Golf GTI. But compared to the European Golf line-up, there’s one badge that’s missing from the local model range: the Golf GTD.

The GTD is Volkswagen’s sportiest diesel-powered Golf 6 – and in  Europe, it rivals the GTi for popularity among performance hatch enthusiasts. Think of it as the GTI for diesel fans, with a powerplant that’s been designed to deliver huge lashings of shove from near-idling speeds.

Diesels have been popular in Europe for ages, mainly because they combine frugal fuel consumption with a level of tractability than can be startling in petrol-engine terms. The Golf GTD focuses specifically on those attributes, and combines them with the sporty styling and precise handling of a true hot hatch.

We’ve said it before, but in styling terms, the Golf 6 is bland and boring rather than bold, preferring to tread the safe path of inoffensive neutrality. It’s a tactic that’s worked in Toyota’s favour for years, but doesn’t do the VW any favours.

Even so, the GTD takes the normal Golf’s plain vanilla looks and adds some welcome visual zest. If anything, the GTD’s styling package is even more aggressive than that of the GTI.

The low front-end has large air intakes and a different grille, while integrated daytime running lights are standard. The effect is head-turning, even in Germany, where the car had been available for some months by the time we drove it there. Deeper sills and a lowered suspension contribute to a more athletic stance, emphasised by 18-inch wheels that are much more attractive than the GTI’s awful cookie cutters. The rear shows off a deeper apron and twin chromed exhaust tail pipes.

The overall effect is distinctive, dramatic – and hardly what you’d expect of a turbodiesel Golf. But look behind the spoked wheels, and those generously dimensioned brake discs provide further proof of the GTD’s performance potential.

We drove the GTD during a short visit to northern Germany, home of the legendary speed restriction-free autobahn.

But finding an unrestricted stretch of highway near Hanover proved impossible, and there wasn’t as much opportunity to stretch the Golf’s legs on the often-crowded country roads as we would have liked. Even so, we did manage to get a good sense of what this Golf’s drivetrain is capable of.

So, what does this car have lurking under that bonnet?

Powering the Golf GTD is a 2,0-litre four-cylinder engine with latest-generation, high-pressure, common-rail diesel injection, and a turbocharger. Maximum power is a decent, if not eye-watering 125kW (the petrol GTI is good for 155kW), but the 350Nm torque peak is not only fatter, but also on offer from almost idling speeds.

The GTD’s urge is transferred to the front wheels via a six-speed manual gearbox with solid, if slightly notchy, gear shift action. A DSG dual-clutch system is optional.

The resulting performance won’t burn tar (although you can smoke it off the line with the ESP switched off, thanks to all that torque), but the GTD is rapid enough to earn its performance hatch stripes. No, it  won’t beat a Golf GTI in straight-line acceleration terms, but in-gear tractability is shattering. Top speed is 222km/h – enough to earn you a hefty fine, or even your licence, if they ever get the demerit system up and running here. Floor the loud pedal at 80km/h in fifth gear and the GTD will streak past the 120km/h mark only 8 seconds later.

The GTI’s top speed potential is 240km/h, and it gets from 80 to 100km/h in fifth gear in 7,5 seconds. But, as these figures show, the GTD isn’t embarrassed by the GTI’s performance – and in tractability terms, it’s almost as responsive.

We came to like the gruff edge to the engine’s growl, the instant shove of torque in the small of your back, and the resolute ride of the low and sporty suspension.

Considering the cost of fuel in Germany, we were particularly grateful about the GTD’s frugal appetite for premium-grade diesel, despite some spirited driving where conditions allowed. And there was no hardship in spending time in the well-kitted-out cabin either.

One of Volkswagen’s key objectives during the development of the Golf 6 was to improve the tactile quality of the interior, and our experience of the GTD certainly underscored that aspect. The test car’s cockpit exuded an aura of premium class. The optional bells and whistles included Volkswagen’s harddrive-based sat-nav system, which prevented us from getting lost several times, as well as adaptive suspension and lots of smart, metallic detailing, including a set of nicely turned out alloy pedals.

The overall ambience was very upmarket, and space and packaging top-drawer for a car in this class. The boot space is adequate, although this European version had to make do without a spare wheel relying on a puncture sealing kit instead.

While the GTD is a favourite among European performance hatchback buyers, it’s unlikely to be introduced to SA’s shores. And the reason is quite simple. Local buyers will always opt for the petrol-powered GTI, not only because it’s faster, but also because diesel and performance remain mutually exclusive concepts in the SA motoring psyche.

Perhaps it has something to do with diesel’s agricultural applications here, and visions of those old, huff-and-puff Mercedes Diesel sedans so beloved by the farming fraternity, way back when diesel was cheap, and diesel engines did, indeed, belong in tractors, and not in cars.

Either way, the Golf GTD won’t be coming to SA any time soon. And that’s a pity – because compared to the GTI in everyday driving conditions, it will always be the more intelligent performance hatch choice.

Retail price
Not available in SA