Khoza vs Jordaan: it’s all about South Africa’s Big...

Khoza vs Jordaan: it’s all about South Africa’s Big Men 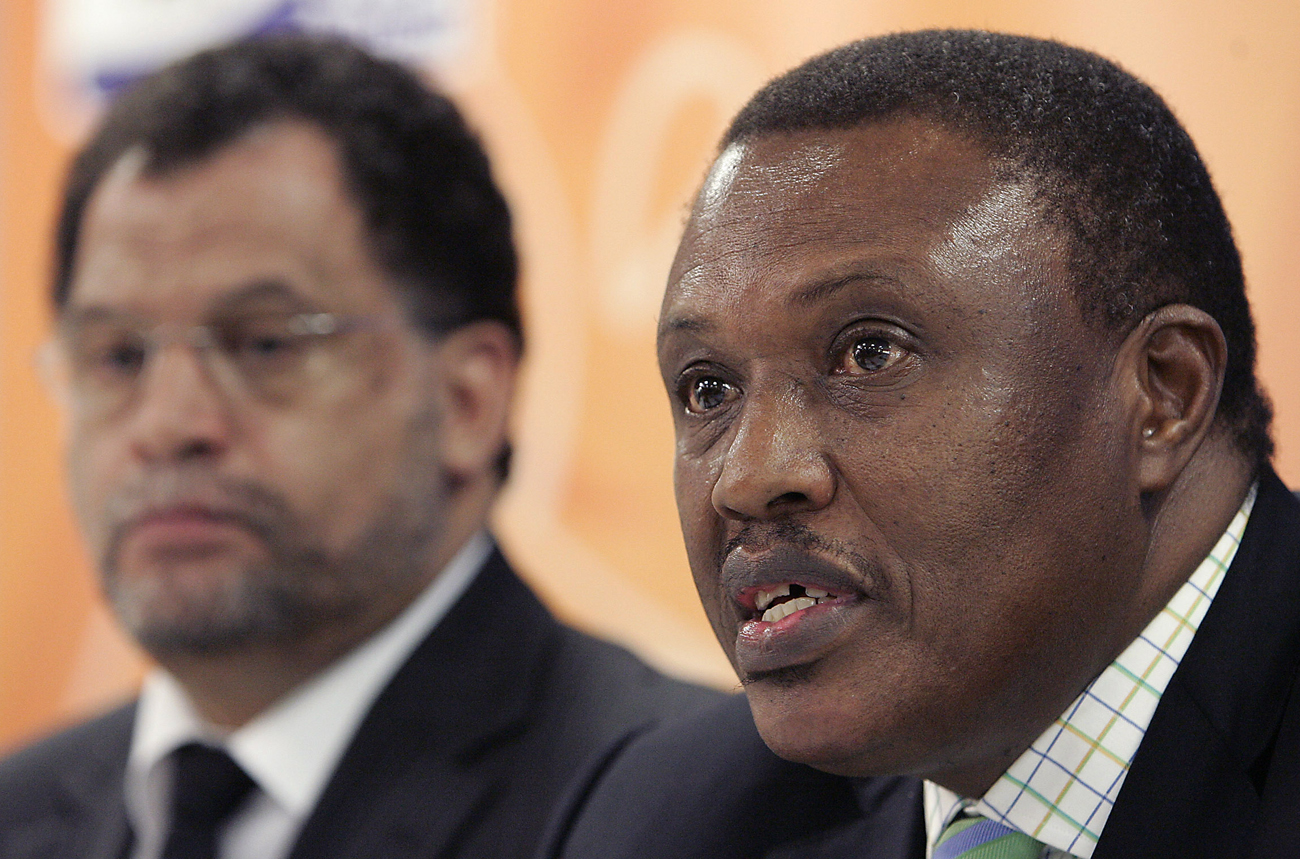 The ugly fight over who’s going to control South African soccer that was exposed on the pages of Sunday Times this past weekend came as no surprise. But genuinely worrying is how neatly it fits into the mosaic that is SA’s political scene.

A word on basic spinning technique: when you see stories like the one on the Sunday Times front page, always look at who benefits. That is a pretty good guide as to where the information came from. When the story of Gauteng Premier Nomvula Mokonyane’s R17,000 in outstanding traffic fines hits the news, it is a pretty good guess that her arch-rival, Paul Mashatile (or at least his people) may have had something to do with it. When Jacob Zuma’s troubles were repeatedly exposed pre Polokwane, it was a safe bet that Thabo Mbeki’s people were whispering into the ears of journalists. And, when the story is about Irvin Khoza’s continuous lobbying for control of this nation’s soccer, uhm, you can be pretty sure that Danny Jordaan’s people were somehow involved.

Make no mistake, we do not believe that all journalists’ intentions are always pure. But still, whatever the way journalists received the information, and whatever the motives, Mokonyane still owes R17,000 to the City of Joburg; Zuma did get himself into a lot of trouble, repeatedly; and it is well-known that Khoza desperately wants the top job in soccer.

That said, we’re not as interested in the source of the information, or its veracity, as we are with the frightening ease with which it has slotted itself into the changing political landscape of this country –  and straight into the political structure that has dominated Africa for many years.

When Nelson Mandela took his new job in 1994, he didn’t have to push his personality and press for his own benefit. He was already the best-loved man on the planet. Very well aware of the culture of African Big Men, Mandela made sure he conducted his presidential duties with humility and honour, hoping that his personal example would rub off the others. He is on record that he would not travel with blue-light brigades, drawing a sharp contrast between him and his erstwhile friend, Robert Mugabe. Little did Mandela know that his successor, Thabo Mbeki, would reverse many of his gains, among them that of the President’s personal humility. (Or perhaps he did know it, because his chosen successor was Cyril Ramaphosa, a man much more in his mould.)

Not long after Mbeki took over the reins of the country, it became improper to disagree with the boss, unthinkable to even want to succeed him. The ideas Mbeki would come up with while surfing the web during his many lonely, single-malted nights would next morning become official policies. While the rest of the ANC, and the world, knew that HIV causes Aids, the boss, the big man, said otherwise, sending hundreds of thousands of people to death.

But the era of SA’s big men was well and truly started when Mbeki met his match, the only man he couldn’t easily defeat, Jacob Zuma, and, as they say: when the elephants fight, the grass gets trampled. The deep rift that the Mbeki-Zuma power struggle created divided the ANC into two warring factions and almost split the country in half. Result: ANC NEC and branch meetings were consumed with the power struggles between Mbeki-ites and Zuma-ites. The running of the country, delivery to the poor, hungry masses? Completely forgotten.

Zuma did manage to win that specific fight, but the culture of big men that emerged from it was deadly, only to be cemented with the heavily contested, sometimes violent, assent to ANC Youth League power of one Julius Malema.

And Malema turned out to be a willing student and excellent practitioner. Following the Big Men rulebook precisely, Malema has collapsed the ANC Youth League into himself, and, by proxy, now personally speaks for all young people in the country.

Just look at what is driving ANCYL policy statements and you’ll find that they are closely related to Malema’s personal issues and, more and more, his personal troubles. He was even happy to engineer one of the greatest conflicts in Alliance history because he was unhappy with the reception he personally received at a SA Communist Party conference. French king Louis XIV, the Sun King, was famous for pronouncing “I am the state!”. We doubt Malema ever heard of Louis XIV, but he appears to be an instinctive follower par excellence. He was ready to destabilise Eskom, attack the SACP’s Jeremy Cronin, Cosatu’s Zwelinzima Vavi, and, perhaps the craziest and self-serving move of them all, finance minister and former SA Revenue Services commissioner, Pravin Gordhan. All of these attacks were in service of settling Malema’s personal issues and nothing to do with the ANCYL’s supposed role in the society.

That is the environment in which we have the Jordaan-Khoza spat. Although their power struggle may be even older than those within the NEC, only now it can be seen for what it really is: a fight to subjugate an entire sector of the country, even the country itself, to personal whims of Big Men.

Sometimes, it looks a bit as though we live in a theatre of the absurd; trying to break free of the nightmare, we need to shout to bring some reason into the picture. This country is only 73 days away from the 2010 World Cup. We need to be talking about the WORLD CUP. About how we are going to make sure that the WORLD CUP is successful and the world ends up being in awe of South Africa. We need to work hard to make the WORLD CUP bring lasting benefits to all South Africans.

What we don’t need is to be talking about couple of gigantic egos that cannot understand that country is bigger than them. But, it would be crazy to bet against them. South Africa has well and truly entered the era of Big Men.

Only 73 days before the WORLD CUP, it is easy to feel sorry for this country.

Related: Irvin Khoza: I didn’t do nothing to nobody, never, ever