Stomp and jive – the magic of the trashcan rhapsody

Stomp and jive – the magic of the trashcan rhapsody 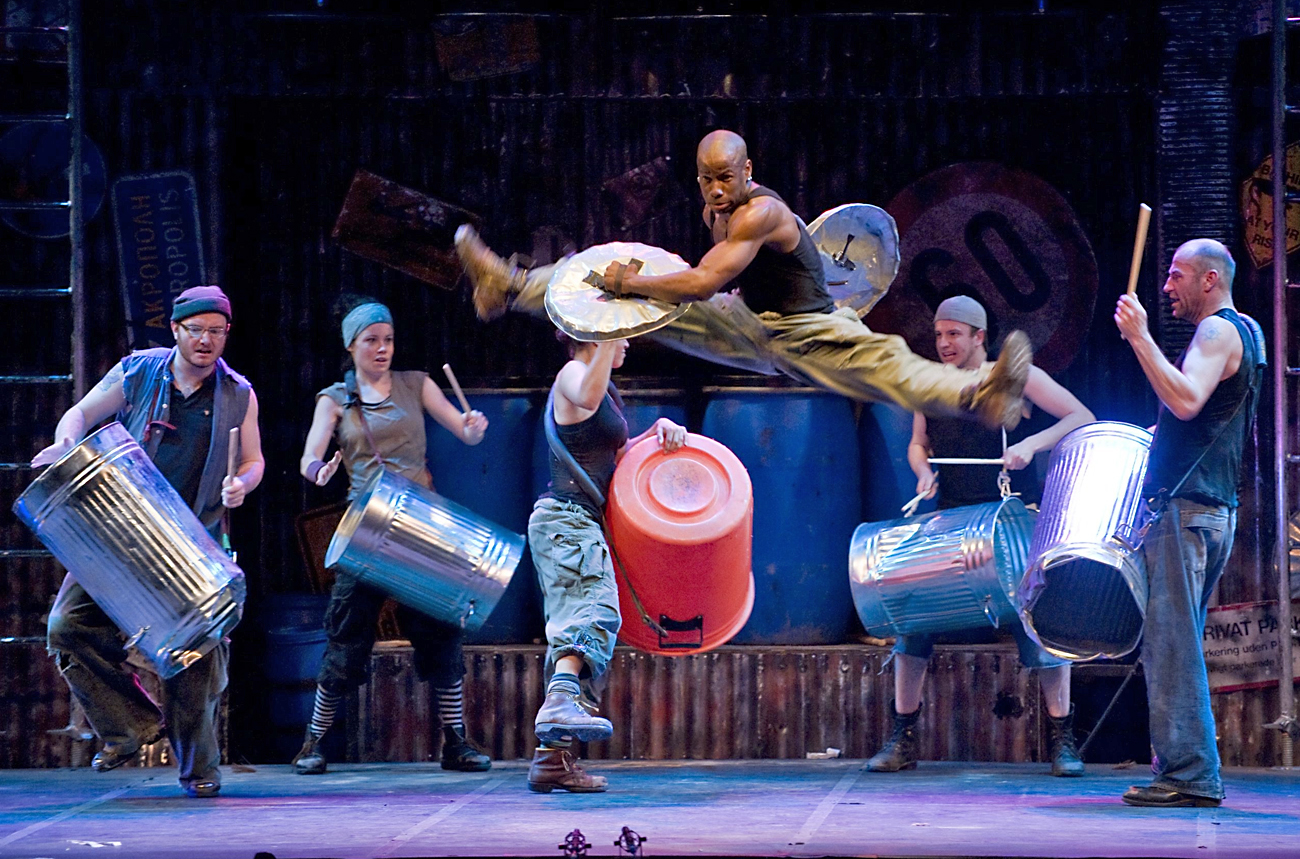 Combining  bits of everyday stuff with loads of extraordinary talent, the cast of Stomp, now on at the Teatro Montecasino, transform Mom’s kitchen into a pulsating, hypnotic concert hall.

Watching a gang of ill-dressed youngsters whacking a variety of household objects doesn’t sound like a fun way to spend an evening.

Yet from the moment a solitary street sweeper walks on stage to a finale with eight men and women beating the hell out of dustbins, Stomp is absolutely mesmerising. The idea of making music out of mundane pots, pans and waste material is ridiculous – and “Stomp” is ridiculously good. Standing-ovation good, in fact, despite the non-vocal cast members indicating that they want the audience to bugger off now so they can go and tackle some beers.

They look like absolute bruisers – the sort of men you’d cross the street to avoid. But that’s totally appropriate for this street-savvy show, as they pull items out of garbage bags to see what noises they can make. And it’s music, not cacophony, with powerful rhythms and a full range of notes blending together perfectly.

Although the items they use are offbeat, so to speak, the beats are brilliant. Rubber tubes become melodious instruments. A backdrop of industrial scaffolding turns into an outsized instrument as the energetic cast swarm up the poles and strike the kitchen implements and road signs hanging up there. Humour is a crucial element of “Stomp”, and not just because you laugh when you see how ordinary things such as a box of matches can make music. That’s funny on its own, but the interaction between the cast and some fabulous comic antics add a warmth and depth that make even the tattooed bouncer boys delightful. Witty choreography lets the humour burst out even though the vocals are limited to a few grunts and a couple of snarls.

There’s a joker outcast character who the audience naturally adores, and his actions add much of the comedy. An older lead character is also highly memorable for the amazing things he can do with a pair of hands and his body parts. From a percussion point of view, of course.

Tap dancing and acrobatics are mixed in, and the whole event is a theatrical display of perfect coordination as bins, balls, chairs and an assortment of other objects are juggled and thrown among the cast. The lighting is flawless too, with spotlights flicking between the different members as different individuals take the lead. A scene where Zippo lighters are flicked on and off gives us sound as well as eerie lighting, illustrating how skilled its creators and co-directors Luke Cresswell and Steve McNicholas are to have produced such a wacky show from such ordinary objects. The stompers are literally using everything including the kitchen sink.

The cast is never introduced individually making this very much a tight team effort rather than a “clap me, I’m gorgeous” prima donna affair. We clapped and added our own stomps anyway, because it’s bold, brash and absolutely brilliant.