SA's land conundrum: Why we should worry, but not panic...

SA’s land conundrum: Why we should worry, but not panic. Yet. 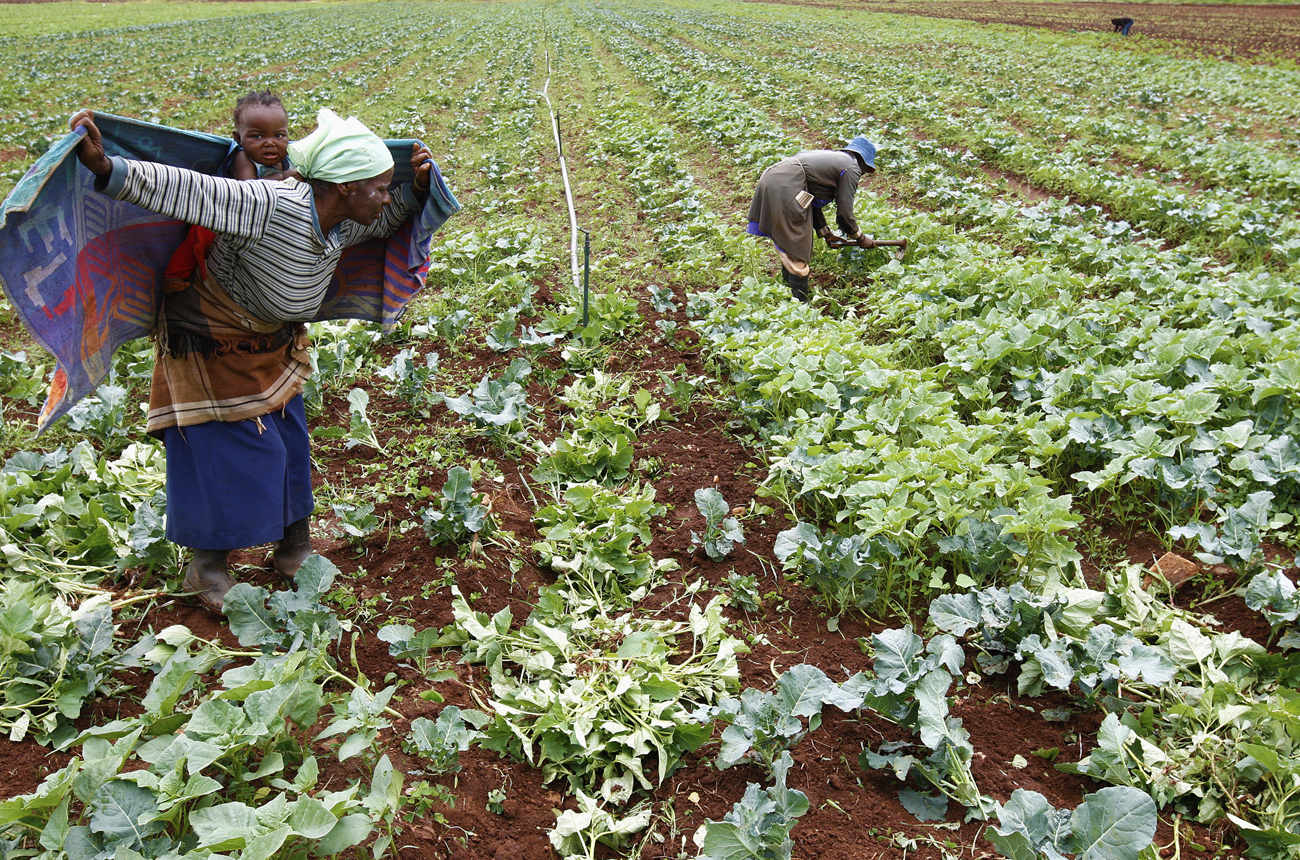 The ANC is not stupid. Some of its people may do really stupid things, from singing hateful songs to driving in bus lanes in a display of non-sobriety. But it knows its historical facts. One of them is: Don't mess with the food-chain.

Many revolutions have been started by an increase in the price of basic foodstuffs. The one that started it all came about when Louis XVI allowed there to be a scarcity of grain and bread prices rose. So the ANC knows even they have to tread carefully when it comes to land.

Because land is the thing upon which economies and stability are based. And yet, the ANC is willing to muck around with it, a little. On Wednesday, rural development and land reform minister Gugile Nkwinti proposed some serious changes to how land ownership works in this country. It’s complicated, so feel free to take a deep breath.

What exactly does all of that mean, things like that. One reading of this could be that if you’re foreigner and your land doesn’t produce huge amounts of food, you’re outta here. Another answer would be designating the government-owned land that’s lying idle, and then phoning up some big American agricultural company and saying, “Here you go, just make food with it”. Yet another lovely and possible aspect would have any private farmer, on land his family has owned for generations, literally having it taken out from under him. We’ll have to wait for the Green Paper on this.

What is this new land-think influenced by? Apart from the usual ideological issues, something happened about three years ago that hit the ANC hard. South Africa became a net food importer, at the same time as food price inflation started to go up. It was a major political issue for all the alliance members because they were about to be hit, and hit hard. They were not happy at all, which is what gives us some hope that they’re not going to get this hugely wrong. (Are you saying that logic and a desire to serve trump the ideology? – Ed)

In some ways, this problem is a bit like Cosatu’s eternal electricity dilemma. Do we sell a power station to white monopoly capital, and avoid power price hikes? Or do we take the hikes on the chin, and lose thousands of job to prove an ideological point. As for the ANC, it really, really, really has to push land reform. Still, it’s been a disaster so far, and there’s no prospect of it getting better.

In terms of how much of a disaster, try this one on for size. Government still doesn’t know how much of the country belongs to the government. In other words, when you drive through those vast tracts of the Eastern Cape, where you stop for people, goats, cows and busted taxis every so often, that land could belong to the state. Or maybe not. No-one knows. There’s plenty of blame to go about for this, but the point is  that we have a land restitution programme which spends millions on buying out private owners to give hectares and hectares to the dispossessed, without knowing whether we could just give them government land that’s, well, doing nothing anyway.

And yes, government has said several times the land reform programme is a failure. In Wednesday’s speech, Nkwintie said it again, he even got it into a soundbite; “There has been an over-emphasis on hectares at the expense of development and food security”. All good sentiment, you would think. Of course, what’s also happening is that while all of this goes on, the people who were literally taken off the land are dead or dying, and the links between the land and the people grow more tenuous. You really will have to look hard to find young people of any race who want to own huge tracts of land and farm it. They’ll take the money and buy a Range Rover.

But there are two big reasons why land ownership will not really change. One is the property clause in the Constitution. It’s a difficult one to get around and the ANC doesn’t quite have the votes it needs to change the Constitution – yet.

The other is a bigger reason: Zimbabwe, of course. You will not find any senior ANC figure talking favourably about what’s happened there. President Jacob Zuma himself seems to believe that Zim is a complete disaster.

Land ownership is perhaps the biggest and most complex thing to rectify. And it’s not going to happen, because there’s no huge political push to do it. Just look at the Polokwane resolutions: Land reform is there, but we’ve hardly heard about it when compared to all the others that were passed. Just Google ANC and “net food importer” and see how many discussion documents you get, all of them crying about the fact. The ANC gets it. It’s about food prices, stupid. But that doesn’t mean they won’t scare the living bejeesus out of us in the meantime. Watch this one closely. Worry, and worry deeply. But in the end, it’s not really about land at all. It’s about food.

Photo: A farm worker (L) carries her child on her back at a farm in Eikenhof outside Johannesburg February 15, 2010. REUTERS/Siphiwe Sibeko