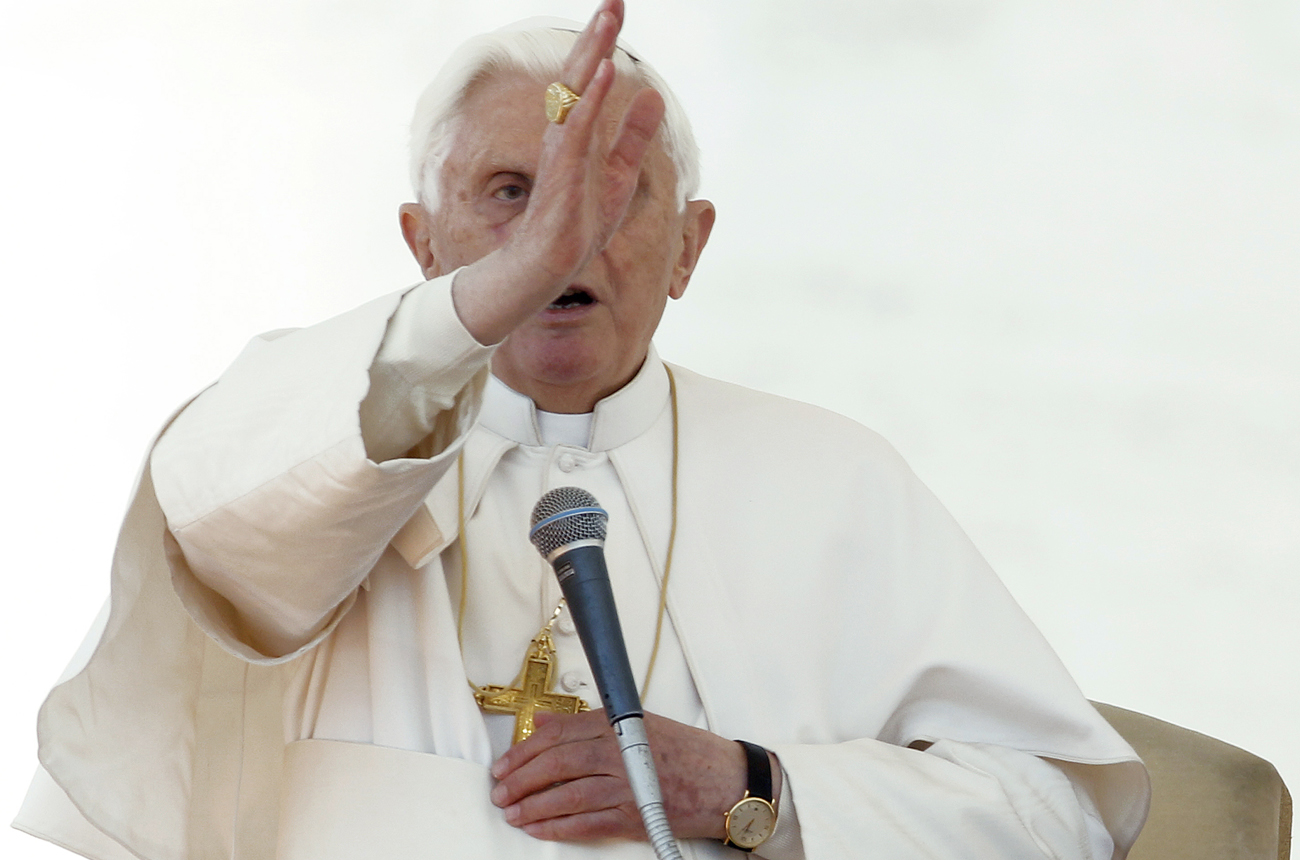 The continuous stream of sex scandals assailing the Roman Catholic Church just refuse to die down. Still, this one is different. It involves inaction by no-one else than, shock, horror - Pontifex Maximus.

Internal Vatican correspondence shows that key Vatican officials — including then-Cardinal Joseph Ratzinger, now Pope Benedict XVI — failed to deal severely with an American priest in Wisconsin, Lawrence Murphy, who molested as many as 200 deaf boys, despite the fact that American bishops warned that failing to act could severely embarrass the church. This correspondence has now become public as part of an ongoing lawsuit being pursued by some of the priest’s victims. This is the latest in a series of grave public embarrassments for the Roman Catholic Church as a result of major sexual misbehaviour by its priests around the world.

In this latest case, newly public correspondence from bishops in Wisconsin, sent directly to Cardinal Joseph Ratzinger shows that while church officials struggled with whether or not the Wisconsin-based priest should be dismissed, the church’s highest priority apparently was to protect itself from public scandal. This latest case has emerged even as other charges have been made in public that, while he was archbishop in Germany and the church’s chief doctrinal enforcer, Ratzinger did not alert civilian authorities or act firmly against priests involved in sexual abuse.

Father Lawrence Murphy worked at an renowned school for deaf children from 1950 to 1974. But this single example is just the tip of an increasingly sordid iceberg. It has emerged that in thousands of cases, bishops worldwide contacted the Vatican’s Congregation for the Doctrine of the Faith to ask for guidance and help in such matters. Ratzinger, who earned the moniker the “Panzer Cardinal” for his intractable stance on doctrinal issues, led this office from 1981 to 2005. The office still decides if priests should be given full canonical trials and defrocked, if charged with sexual offences.

According to the released documents, in 1996 Ratzinger declined to answer letters from Milwaukee’s Archbishop Rembert Weakland about the Wisconsin case. Eight months later, the doctrinal office’s Cardinal Tarcisio Bertone, now Vatican secretary of state, told the bishops to start a secret canonical trial that could have led to Murphy’s dismissal. But then Bertone halted the process after Murphy wrote to Ratzinger protesting he should not face a trial because he had already repented, was in poor health and that the case violated the church’s own statute of limitations. Murphy wrote: “I simply want to live out the time that I have left in the dignity of my priesthood. I ask your kind assistance in this matter.” Yuck.

Ultimately, Murphy was never tried or disciplined by the church and he even got a free pass from police and prosecutors who, according to the victims, ignored their reports. Three successive Wisconsin archbishops learned that Murphy was sexually abusing children, but they too never reported him to criminal or civil authorities. As a result, the church quietly moved Murphy to another diocese where he again had the chance for almost a quarter of a century to work with children in parishes, schools and even in a juvenile detention centre. When he died in 1998, he was still a priest. Double yuck.

Even as Benedict recently wrote a letter to Irish Catholics to emphasise the need to cooperate with civil justice in abuse cases, correspondence seems to indicate the Vatican’s insistence on secrecy has often impeded such cooperation. At the same time, church leaders’ reluctance to defrock (let alone prosecute) the Wisconsin sex abuser seems to show the Vatican has traditionally viewed such problems as matters of sin and repentance rather than of crime and punishment. There’s a horrific novel in all this.

A Vatican spokesman, after reviewing the documents, commented that, while Murphy had certainly violated “particularly vulnerable” children and the law, and that it was clearly “tragic”, the Vatican had not received the documents in question on the case until 1996, well after US civil authorities had investigated and dropped the matter. Nobody comes off without sin on this one, it seems.

The New York Times notes that only 20% of some 3,000 accused priests whose cases went to the church’s doctrinal office between 2001 and 2010 received church trials, and only some of those were ultimately defrocked.

For more, read the Huffington Post (the AP story) and the New York Times.