Analysis: Patel’s advisory panel, another brick in the wall between him and Trevor Manuel 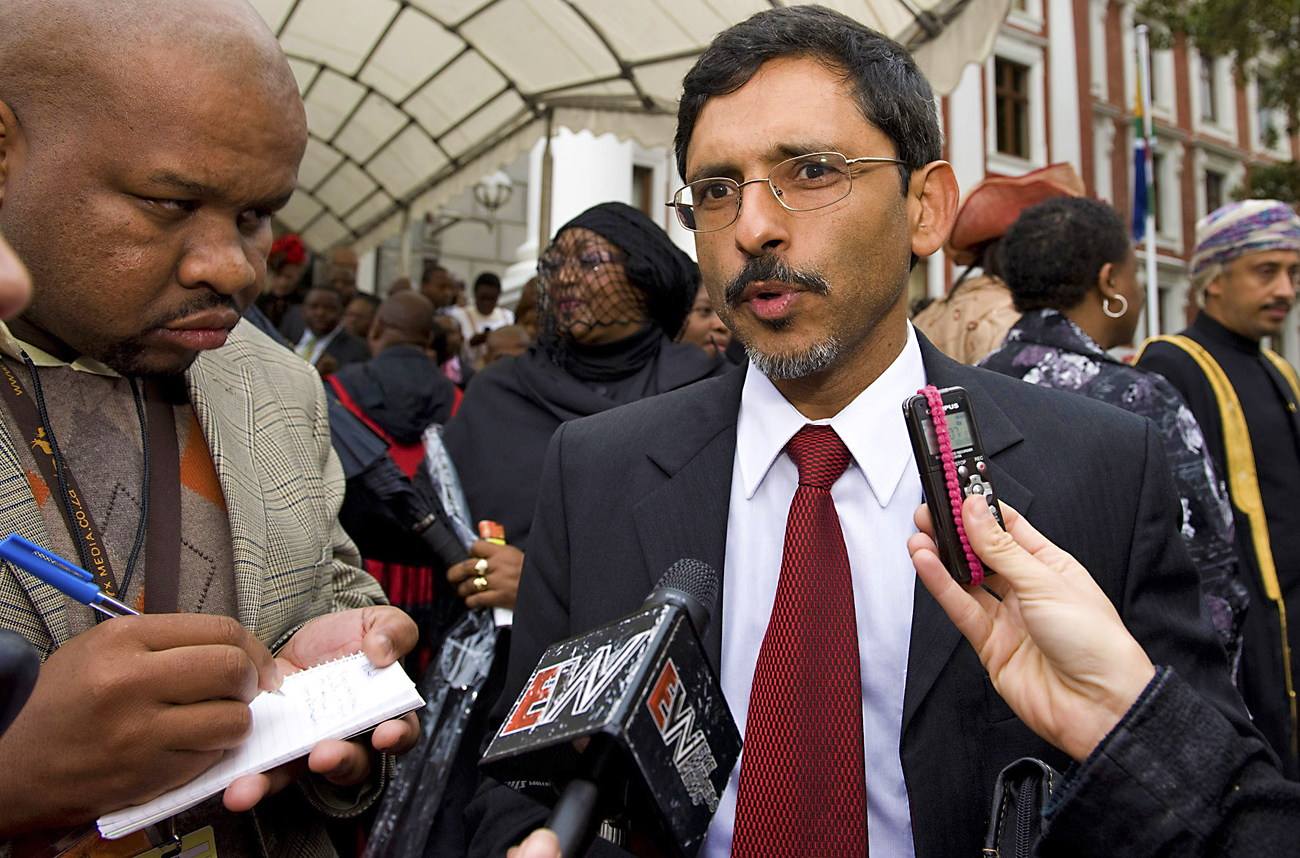 Economic development minister Ebrahim Patel has appointed a remarkable, sophisticated and left-leaning advisory panel – yet the group he assembled is so obviously in line with his own views and so plainly a poke in the eye of his arch-rival planning minister Trevor Manuel, he risks a deep cleavage in SA's economic policy.

Despite the fact that the mandates of the panels differ, the sense of a bitterly contested economic policy is exacerbated by the fact that Patel has ostentatiously pipped Manuel to the post by announcing his panel first.

Patel has grabbed the initiative and announced the names of the participants in the advisory panel only two weeks after first mentioning the idea in his medium-term strategic plan.

This plan says the economic development advisory panel will provide the minister with “advice on economic matters affecting South Africa’s development and the creation of decent work as well as key economic challenges and international, regional and national trends”.

The two surprise members of the panel are Investec Asset Management strategist Michael Power and Standard Bank economist Goolam Ballim. Power is one of the most creative and unusual economic thinkers in SA today, but his approach cannot easily be categorised on a left-right axis. Ballim’s reputation is almost exactly the opposite; a steady, conventional, centrist who could be a cautionary and stabilising factor within the group.

Power, a brutal realist, is renowned for his advocacy of a lower rand, which will tally with the approach of the Cosatu economists who have tended to see rand weakness almost as a kind of silver bullet which could quickly boost exporters and, at the very least, stem the bloodletting of manufacturing job losses.

Their arguments are strengthened by the current context of an almost absurdly strong rand boosted by temporary trading dynamics, something that tends to underpin left notions that the market is inherently – they would argue structurally – distorted and intrinsically incapable of self-correction.

The cornerstone of the group will, however, undoubtedly be Stiglitz, a catch of really mammoth proportions. Stiglitz’s long resume includes being chairman of the Council of Economic Advisers during President Bill Clinton’s presidency, thereby contributing to perhaps one of the most successful periods of American economic history. He was also the World Bank’s senior vice president for development policy and its chief economist. Photo: Joseph Stiglitz participates in a Capitol Hill news conference where U.S. House Speaker Nancy Pelosi (D-CA) announced plans for a second economic stimulus package and greater regulation of the financial markets at a press conference after participating in a forum with economic experts in Washington, October 13, 2008. REUTERS/Hyungwon Kang

Sitglitz’s approach will fit hand in glove with the prevailing approach of South Africa’s left-wing economists and most other members of the group. Stiglitz believes that “traditional neoclassical economic literature assumes that markets are always efficient except for some limited and well-defined market failures”. Stiglitz’s research, along with others, seeks to demonstrate the precise reverse of that presumption: It is only under exceptional circumstances that markets are efficient.

Yet he is no hard-line socialist either, and is generally acknowledged to be primarily practical in his approach and to have contributed to the notion of a “third way” in economics – a notion now negatively associated with the government of former British prime minister Tony Blair.

On a recent visit to SA, Stiglitz endeared himself strongly to the left in SA by saying “I’d be very strongly opposed to rigid inflation targeting in all countries”.

The selection of the group has come under some criticism for being too plainly aligned to the three contemporary bogies of the left – inflation targeting, rand strength and economic non-interventionism.

The Times reports that Dion George, spokesman on finance for the Democratic Alliance, said Patel was “stacking the deck in favour of his own ideology.

“There is clearly a much heavier hand that Patel sees for government in the economy,” he said.

Yet the bigger problem may be the fractious contestation of policy, with the finance ministry already having expressed its opposition to intervention to depress the rand, and pro-inflation targeting.

The other problem is where this leaves Manuel, who is caricatured by the left and by the press as being in favour of “hard-line” economic policies, but whose deficit-reducing approach in government was almost exactly in tune with that of the Clinton administration, in which Stiglitz participated prominently.

With the existence of this high-powered economic commission in place, it’s hard to know what Manuel’s national planning commission, on the verge of being announced, will actually do.

The Times also reports that Nedbank’s chief economist, Dennis Dykes, said the government appeared to be implementing a two-track economic policy with no clear indication of how the two new economic ministries – Patel’s economic development department and Manuel’s NPC – would co-ordinate their work.

The existence of these bodies, both with broad and somewhat overlapping mandates, reflects other problems within government in which policy is descending into something akin to an auction process: the person who shouts the loudest, gets the prize. Even if it turns out to be a turkey.

In announcing and selecting the members of the panel, Patel has now shouted pretty loudly. The question is whether Manuel can shout louder. We will hear soon enough.