A lesson for Oprah: In South Africa, no good deed goes...

A lesson for Oprah: In South Africa, no good deed goes unpunished 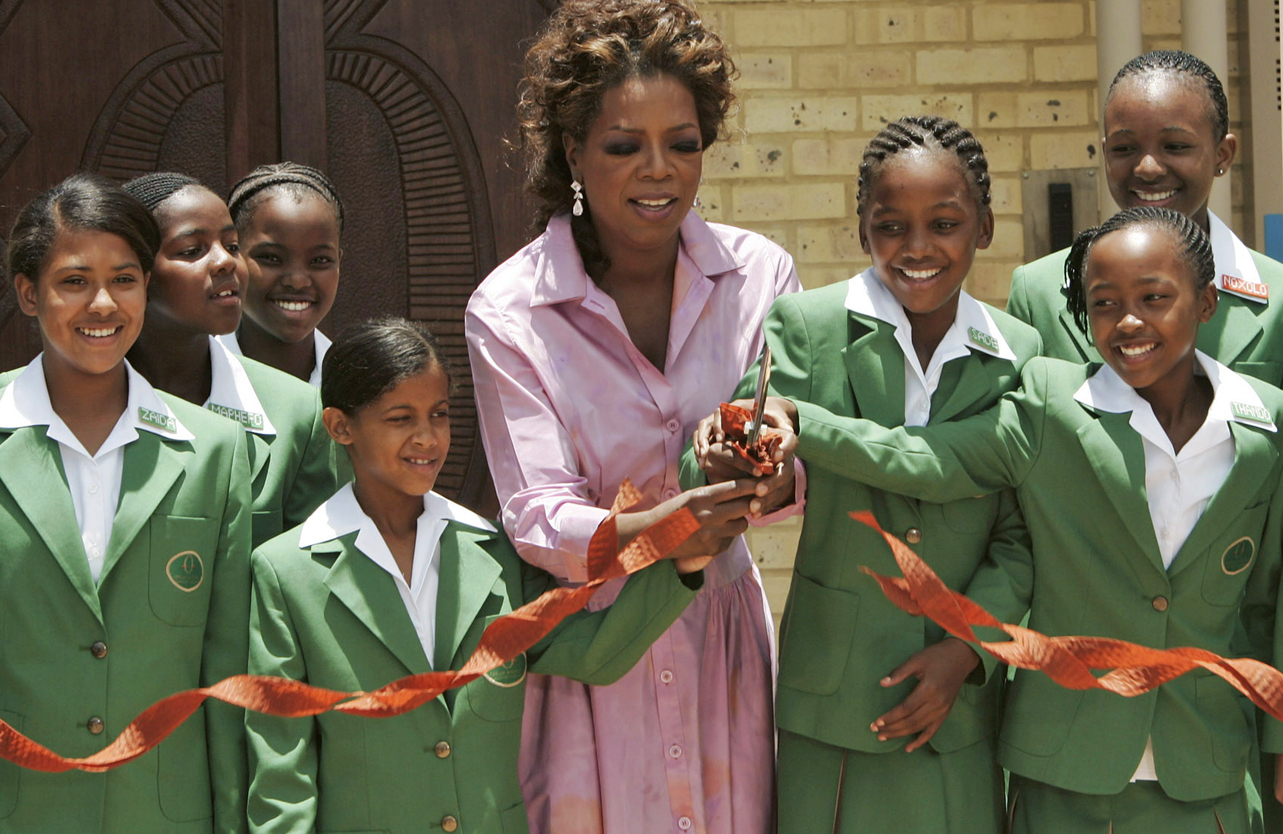 The worst of South Africa and the worst of America have contrived to collide in the now-settled legal battle between Oprah Winfrey and the former headmistress of her Johannesburg girls’ academy, Nomvuyo Mzamane.

You don’t have to be a fan of Oprah Winfrey to appreciate her brave attempt to help at least a handful of mainly black schoolgirls find a route out of a cycle of poverty and poor education. But ever since this plainly good-hearted, well-intentioned attempt to coil back the springs of action began two years ago, it has turned into an ongoing nightmare for Winfrey, who has been heckled, criticised, gawked at and finally sued – by her own former headmistress, Nomvuyo Mzamane.
Oh yes. And some of her pupils were harassed by a dorm matron who is now facing 14 charges of harassment, in a chilling reminder to Winfrey of her own history of childhood sexual abuse.

The thanklessness of South Africans at this plainly magnanimous gesture has been simply stunning. Why Winfrey perseveres with the project in the face of such hostility is an open question and a tribute to her fortitude – as well as being a mark of shame on her host country, South Africa.

South Africans appear to regard Winfrey’s act of magnanimity as an implied insult to our ability to educate our own children, which is cruelly ironic, considering the plummeting pass rates and declining educational standards.

However, it’s the details of the case that really illustrate some of the uncomfortable core elements of culture in both the US and SA that are so lacking.

Let’s start with general principles. In the US, generally speaking, to the extent that things like these can be ascertained with any certainty, the prevailing ideology is that the boss is in charge. President Harry Truman famously had a sign on his desk saying “The buck stops here”. this means is that the boss is responsible, not only for the things he or she does, but for what people in their charge do too; for both the things they’ve done and the things they’ve left undone.

In South Africa, there is a declining culture of responsibility; organisations fail, government departments disintegrate, politicians feed off public money and few ever appear to get the boot, let alone face personal chastisement. It’s always somebody else’s fault.

This is not always true, of course. There are plenty of examples of people being thrown onto their swords, notably one former president and some of those associated with the current one … but there are very few examples of those who fall on them themselves.

In the Winfrey case, unfortunately, these two ideas collided.

The facts were that after the sexual harassment charges came to light, Winfrey confronted the issue immediately and head-on. What she found, according to court papers, was essentially a headmistress who was not managing the situation and who, to the extent that she was making any decisions, was making them badly.

Just one example from the court papers will suffice. Winfrey planned to hire nurses to serve as dorm matrons. Eight people were needed for the 150 grade seven and eight girls.

Instead, Mzamane hired eight young women from a company called “Party Design”. And party they did.

Photo: Virginia Mokgobo, 27, arrested in November 2007 and out on bail, appeared in Sebokeng magistrate court, south of Johannesburg on January 16, 2008. REUTERS/Siphiwe Sibeko

Winfrey’s lawyers alleged in their trial memo that during the school year, a dorm parent was attacked, three people were injured while driving a golf cart after a champagne party at Mzamane’s home and retaliated against the girls who complained of mistreatment rather than apologise, while Mzamane did little or nothing.

According to Winfrey’s lawyer, “These young women were later found to be totally unqualified to handle the position, something Mzamane had been warned about,” the Times reports.

In response, Winfrey stupidly allowed her culture to come to the fore, presumably not realising that “blame” in South Africa is socially acceptable, even if it’s so mildly stated that it might otherwise be mistaken for a discussion about the weather.
What she said was that she “lost confidence” in Mzamane and was “cleaning house from top to bottom”.

This is where the worst part of American culture took over, because while blame is socially unacceptable in SA, it’s not legally actionable. In America, however …

So Mzamane took Winfrey to court – not in the place where the incident happened, nor even where the allegedly defamatory comments were made, but in the good ole US of A.

Still, it appears that now the story has come to a conclusion of sorts to the apparent satisfaction of both parties. Winfrey and Mzamane, who claimed she could not get another job because of Winfrey’s comments but now apparently has, sat down without their lawyers and sorted things out.

The terms of the sorting out process have not been disclosed, but you can draw your own conclusions. Mzamane was only seeking about $250,000 (R1.8 million) in damages, which does not seem a huge price for a billionaire to pay to stay out of court and prevent a recurring media circus.

The problem is that the problem remains unresolved. The great lesson the incident could have taught all of South Africa is that people in charge have to take responsibility, not only for their own mistakes, but for those perpetrated by the people in their charge.

Instead we have, yet again, someone escaping blame. The one who has actually been saddled with the blame is Winfrey, because in the land of the blameless, no good deed goes unpunished. Shame.

Main photo: Oprah Winfrey was joined by some of the first 152 students of the Oprah Winfrey Leadership Academy for Girls during the ribbon-cutting ceremony at the opening of the school in Meyerton, outside Johannesburg January 2, 2007. Winfrey started the private learning and residential institution for girls in grades 7-12 who show outstanding promise despite their social circumstances. REUTERS/Siphiwe Sibeko