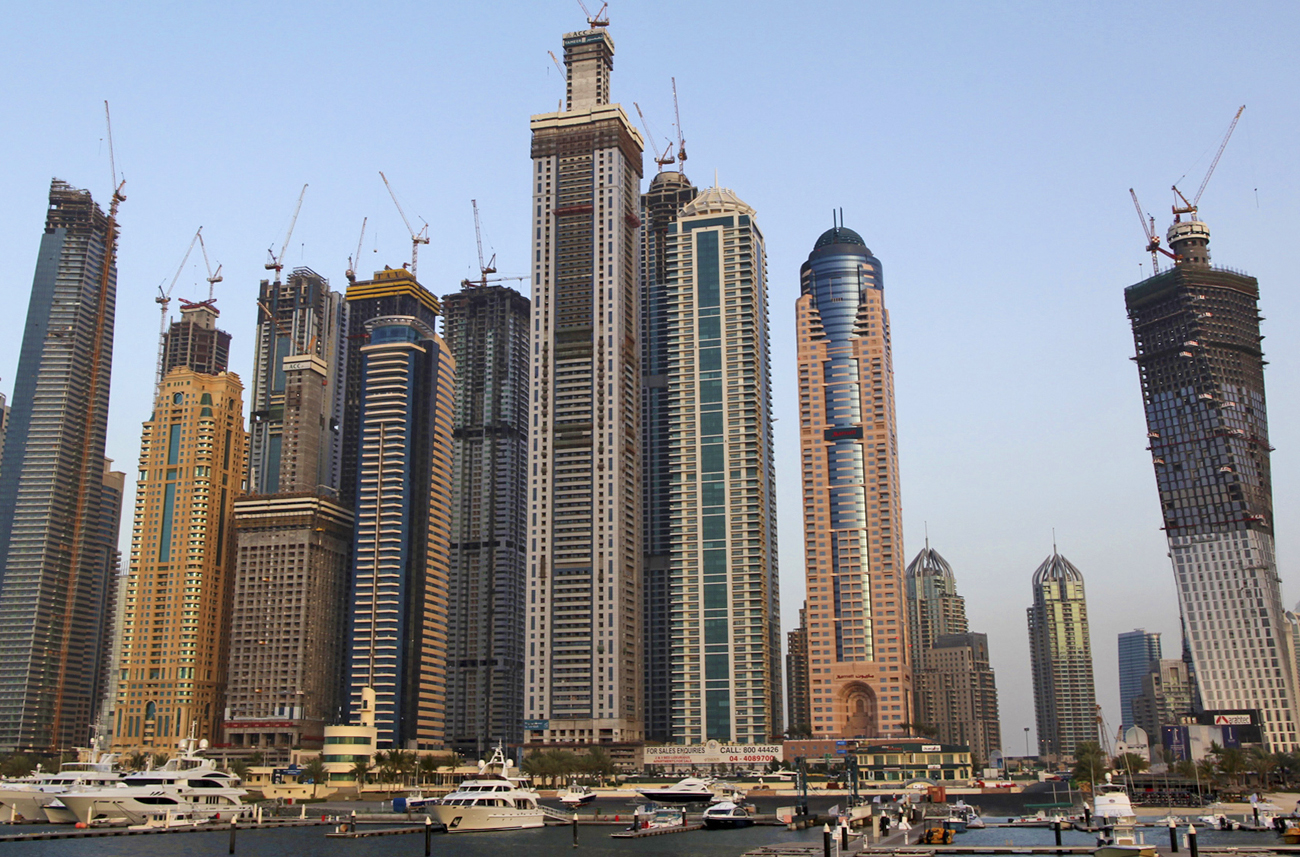 Dubai’s government will inject up to $9.5 billion into state-owned Dubai World and its real estate development unit Nakheel to ensure Nakheel bonds falling due this year and next will be paid. Nakheel will get about $8 billion of the funds, as long as it works with creditors to restructure its debt. If a deal is reached, Nakheel will be better able to complete work on near-term projects, some four months after its parent Dubai World said it would need to renegotiate $26 billion in debt. Earlier Abu Dhabi pledged $10 billion to help Dubai repay a bond that was soon to mature. Dubai government, or Dubai World, same thing, the emirate needs all the help it can get. Photo: Reuters.

Google reckons US should censure countries that censor Web

Google’s director of public policy Alan Davidson told a joint congressional panel the US should think about withholding development aid to governments that block certain websites, saying the practice was hindering international trade. He said censorship had become more than a human rights issue, was not isolated to one country or one region and that no single industry or company could fight it on its own. What he meant by “certain” websites remains a problem. Countries such as China effectively lump pro-democracy websites along with porn. And the question remains as to who would be the arbiter of such US decisions, and how would they be effected. Meanwhile, Internet services company Go Daddy Group told the commission the company would halt registration of Chinese domain names after Chinese officials requested photo identification and signatures of its customers. How frightening is that? There are interesting times ahead.

Ford is said to be years away from regaining the investment-grade rating it lost in 2005, despite growing US market share and reducing debt by $9.9 billion, which has put fuel into its bond prices, says Bloomberg. Ford bonds are trading much higher than their rating from Moody’s Investors Service, but the company’s $50 billion debt is still 13 times earnings before interest, taxes, depreciation and amortisation in 2009. Ford avoided filing for bankruptcy, unlike General Motors and Chrysler, and was the top issuer of junk securities in 2009, raising $4.6 billion through Ford Motor Credit Company.

Hollywood studio Metro Goldwyn Mayer wants more time to reorganise its debts, as takeover bids from Time Warner, Lions Gate Entertainment and Access Industries are unlikely to satisfy creditor demands. MGM has some 140 creditors and wants to extend its debt deadlines as none of the bids exceeded $1.5 billion and creditors are unlikely to be happy with offers under $2 billion. MGM is also considering a prearranged bankruptcy, in which creditors would exchange some of their claims for equity. But observers say a decision on this is unlikely anytime soon.

The New York Times Co. published an apology in The International Herald Tribune and paid out about $114,000 to Singapore’s leaders who claimed they were smeared by a columnist in the IHT. That’s another slap in the face for media freedom in Asia, and rings bells all the way back to 1994 when the same columnist, Philip Bowring, wrote the same thing about “dynastic politics” in East Asian countries, including Singapore. This time Bowring listed the leaders of many countries, including Singapore’s Prime Minister Lee Hsien Loong and his father, Lee Kuan Yew, a former prime minister, causing the IHT to remove the column from the paper’s website. In 1994, the elder Lee, who was prime minister until 1990, his son, then deputy prime minister, and Goh Chok Tong, the prime minister, objected to Bowring’s piece, causing the paper to apologise and reportedly pay a settlement. Soon mainland Chinese leaders will be making money this way, and using it against Google.

The Federal Bureau of Investigation’s latest website, called BanditTracker NorthEast, shows images of criminals in New Jersey and New York caught by security cameras, enabling the bureau to post such images online within hours of a crime. In a modern version of “Wanted” posters on lamp posts and walls, the site lists information about the suspects, including height, race and build, and also provides telephone numbers so people can call the Feds if they think they know where a suspect is. Until now, the FBI took days to prepare these types of posters, with local newscasts often deeming the information too old to broadcast. So at last the FBI has entered the digital age in New York City, which means agents might be able to arrest robbers still making their getaways. And to think people believe in Hollywood’s version of high-tech policing. And, by the way, it looks as if all current suspects are black!