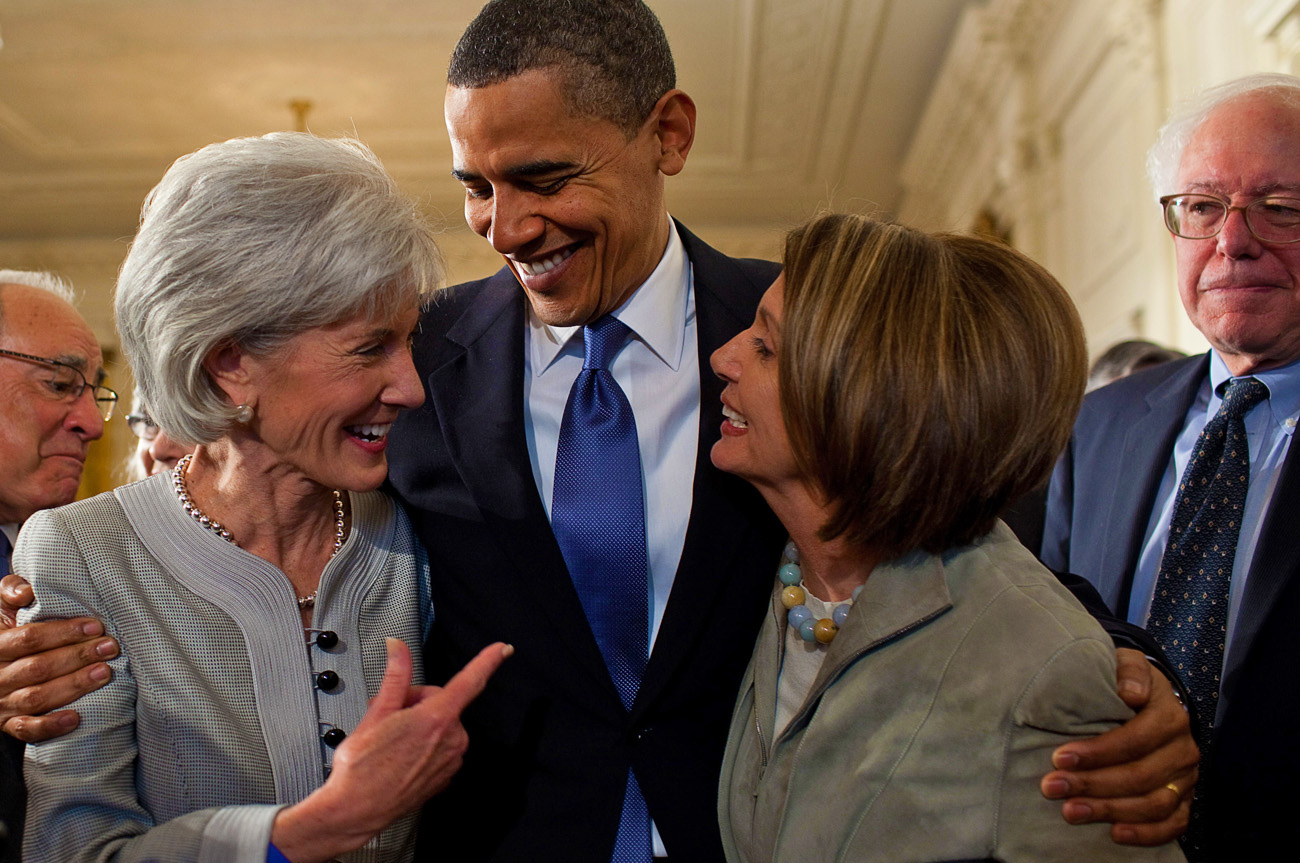 Also today: Netanyahu finds Americans not impressed; Chinese hit back at Google; Oprah settles out of court with South African headmistress; Last Supper supersized as time went by; US warns Al Qaeda may use Yemen to attack shipping.

It’s official. US President Barack Obama has signed a nearly $1 trillion healthcare overhaul into law. Medical insurance coverage is now the right of every American and the bill will reshape the way citizens receive and pay for treatment. It’s an enormous victory for Obama, but now 14 states are challenging the legislation in the courts. There’s not much Republicans can do about it until they again dominate the House and Senate. Even then, they’ll have the same titanic hyper-partisan struggle to repeal the legislation, which they’ve already promised to do. The Democrats pushed the bill through Congress without GOP support, and now the Republicans say their rivals will pay dearly in November’s mid-term elections. It seems the public also remains sceptical, so Obama still has some selling to do. But the bill is said to have redefined one-sixth of the US economy, and will be phased in over several years, allowing Obama to move onto other priorities. He’s already done what pretty much everybody before him failed to do.

Conservative Israeli Prime Minister Benjamin Netanyahu has ended a tense visit to Washington, after meeting with US President Barack Obama and top officials. He found the Americans are not backing down over their vision of a comprehensive Middle East peace plan, despite Netanyahu’s insistence that settlement building in East Jerusalem is an Israeli right. Netanyahu wasn’t afforded the trappings usually associated with a state visit. At the same time, across the Atlantic, he’s being squeezed by the British, who expelled an Israeli diplomat over allegations that Israeli intelligence used fake British passports in the killing of a Hamas official in Dubai. The world has changed, and is a little colder for Israel, and Netanyahu will have to get used to it, just as the air force bombs Gaza again.

Chinese hit back at Google

Google’s attempt to obviate China’s internet censorship rules was met with countermeasures as the communist government (it’s actually a market oligarchy), blocked people on the mainland from seeing search results dealing with topics such as the country’s pro-democracy movement. They can’t do this in Hong Kong, where Google redirected some of its searches, but Google has made the Chinese further tighten their grip on online information, effectively forcing itself out of the world’s biggest community of internet users. It doesn’t make much money there, relative to revenues from the rest of the world. But it’s a vital market, and Google’s had to stand up for its stated core principles after a row blew up over hacking and censorship. Domestic (and bigger) search-engine rivals such as Baidu might celebrate for now, but that’s because they can’t see the repercussions in the long run. Google’s decision will undoubtedly weaken China’s links to the global economy, and that’s what will eventually force the one-party state to sit up and take notice.

Oprah settles out of court with South African headmistress

Oprah Winfrey settled out-of-court with a South African headmistress who filed a defamation lawsuit in a Philadelphia court against the talk-show star. Winfrey accused the woman of performing poorly in relation to alleged abuses that took place at Winfrey’s girls’ school in Johannesburg. The former headmistress Nomvuyo Mzamane said she had trouble finding a job after Winfrey’s public remarks. It’s easy to settle when you’re the richest entertainer in the world. But it sure looks like, for once, Winfrey’s voluble persona was taken to task. Mzamane is now a very rich woman.

Scientists have discovered the McDonald’s principle of super-sizing comes directly from depictions of The Last Supper. By the time Leonardo da Vinci got round to painting his version, the food shown in famous paintings of the meal had already grown massively. Between the years 1000AD and 2000AD, researchers discovered the size of the main meal grew 69%, as the plates depicted swelled by 66%, and the bread offering by 23%. They used computer-scaled comparisons to illustrate (in a sample of 52 paintings) that the size of the food relative to the size of the heads of Jesus and his disciples grew as part of a very long artistic trend. So that’s why so many people in the US are obese (blame the packaging!). It just goes to show that everything really does get bigger, but not necessarily better, over time. Nowadays climate change seems to altering that phenomenon.

US warns Al Qaeda may use Yemen to attack shipping

The US says Al Qaeda might attack ships off the coast of Yemen, where a would-be Nigerian plane bomber who tried to down a Northwest Airlines flight over Detroit last Christmas received some of his training. The US has long thought of the Gulf country as a threat, after suicide bombers rammed the navy’s USS Cole in 2000, killing 17 sailors. Offshoots of the terrorist network are known to have established themselves there of late, and radical Islamist militants across the Gulf of Aden in Somalia (where piracy is the worst in the world) have just admitted to swapping fighters with groups in Yemen, and claim they’re part of Al Qaeda’s global jihad. It’s a potent and deadly mix.