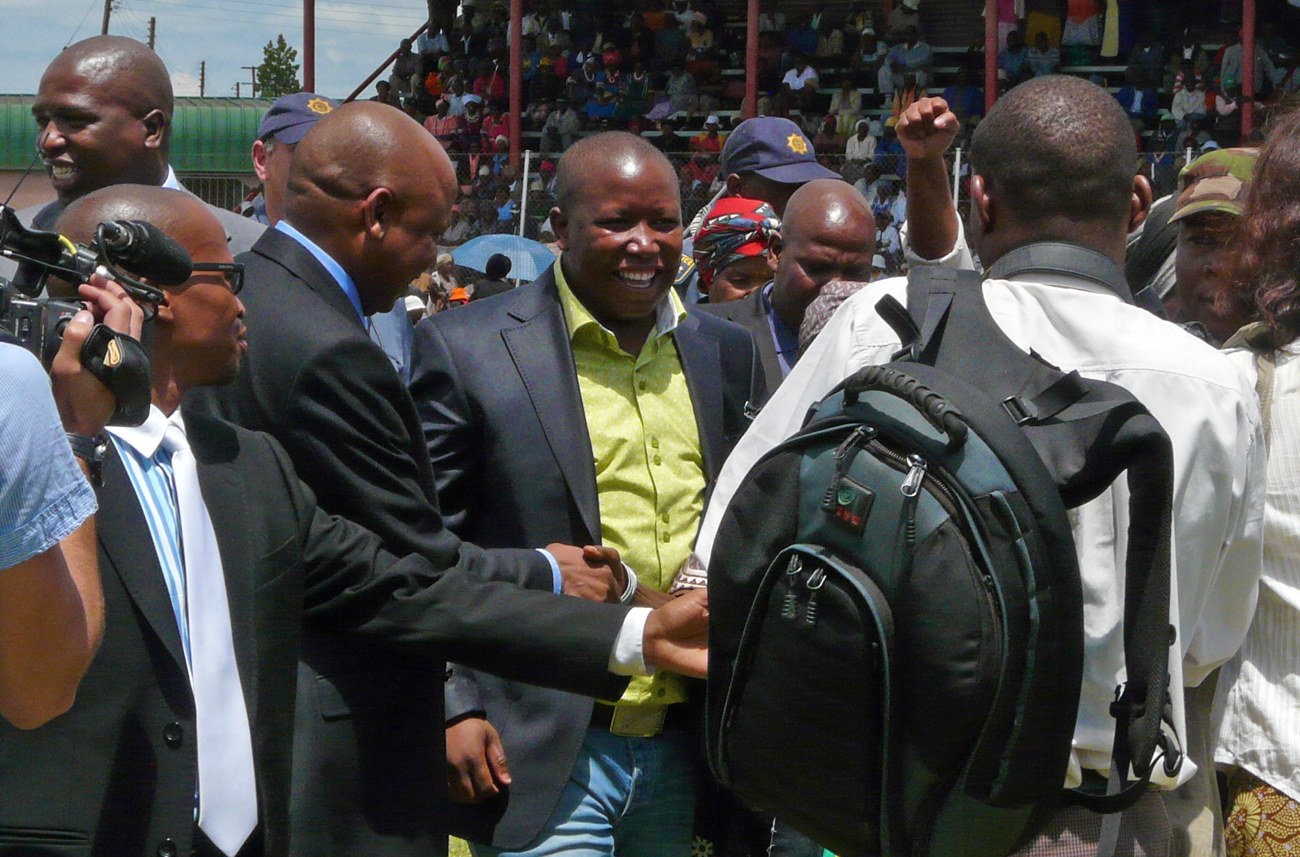 If you think it’ll make a difference, and if you want to lend your voice to a blog campaign against the Youth League’s dictatorial anti-media rants, you haven’t got much time left. We speak to the man who started it all.

On Thursday March 18, Sipho Hlongwane, a 21-year-old law student from the KwaZulu-Natal midlands, read a piece on the Daily Maverick news site entitled, “Political journalists complain to the boss about ANC Youth League spokesman Floyd Shivambu.” The piece, you may remember, republished a letter sent by nineteen of the country’s top political journalists to ANC secretary general Gwede Mantashe. The journalists’ complaint was that Shivambu had threatened them when they questioned the authenticity of a dossier he’d attempted to leak. The subject of the dossier? The private life of City Press reporter Dumisani Lubisi, who, you may also remember, was instrumental in exposing Youth League president Julius Malema’s various business interests.

Hlongwane, on reading this and further concerns raised in the letter – for instance, Malema’s public warning that he’d personally “arrest” journalists caught breaking the law (ja, he said it) – realised he was being informed of a worrying new phenomenon.

“For the first time I got a shock,” he remembers. “I realised the lengths to which the ANC Youth League would go. This was the most blatant attack on media freedom I could remember. I thought, ‘What can I do?’ Social media seemed like a good answer.”

A regular blogger on the Mail & Guardian’s Thoughtleader platform, Hlongwane then contacted four of his fellow-bloggers and asked them what they thought of his idea: a collection of South African blogs, scheduled to be published on Wednesday March 24, condemning the Youth League’s position and asking the ANC to reaffirm its commitment to media freedom.

The idea, Hlongwane’s mates said, was a winner. In need of a vehicle to formally announce the initiative, Hlongwane then contacted Mail & Guardian Online editor Chris Roper. Why Roper? “Because I knew he’d agree, and because he’s got a huge Twitter following. I knew it would go viral quickly.”

It has. As of this writing, hundreds of tweets have been posted with the #SpeakZA tag (the official handle for the initiative). Dozens of bloggers have already committed their voices, and Hlongwane, who was aiming for fifty blogs, reckons he’ll have more than that by the cut-off at 9pm tonight.

The plan is that none of the voices are alone in this, and that each of the bloggers carries a blogroll with links to all others under the #SpeakZA banner. If you miss the cut-off time, says Hlongwane, you can still participate for the remainder of the week by tweeting with the #SpeakZA tag or by visiting his blog at Thoughtleader (link below).

Needless to say, the plan has its opponents – and some of them make interesting points. In response to the most recent call (currently being retweeted) for “bloggers to sign up to take a stand against ANCYL’s attempts at blackmail/censorship” one Lisolam Melody, who Tweets under the handle “artofkawaii,” says: “How about no: a black South African blogger sounds off.” Her preceding post explained her stance: “As a black Safrican the SA media has oppressed me much more than the ANCYL ever will. We never speak – were spoken for.”

Which brings up what’s bound to be the reaction of the ANC Youth League to Hlongwane’s call. If, as was reported on Monday, Malema believes “white boer journalists” are out to get him, you can be sure he’ll say the same about white boer bloggers. Presuming he responds at all, that is.

Does Hlongwane care? Not much. “Look, I understand fully that they’ll either ignore the message completely or write it off as the ravings of white journalists. But the reason I’m bothering is that I want South Africans who’re worried about this to know that they aren’t alone in their concerns. Private citizens do care about media freedoms. I do want the Youth League to know that as well, but it’s really not about their response.”