Analysis: How grand would a Grand Coalition be?

Analysis: How grand would a Grand Coalition be? 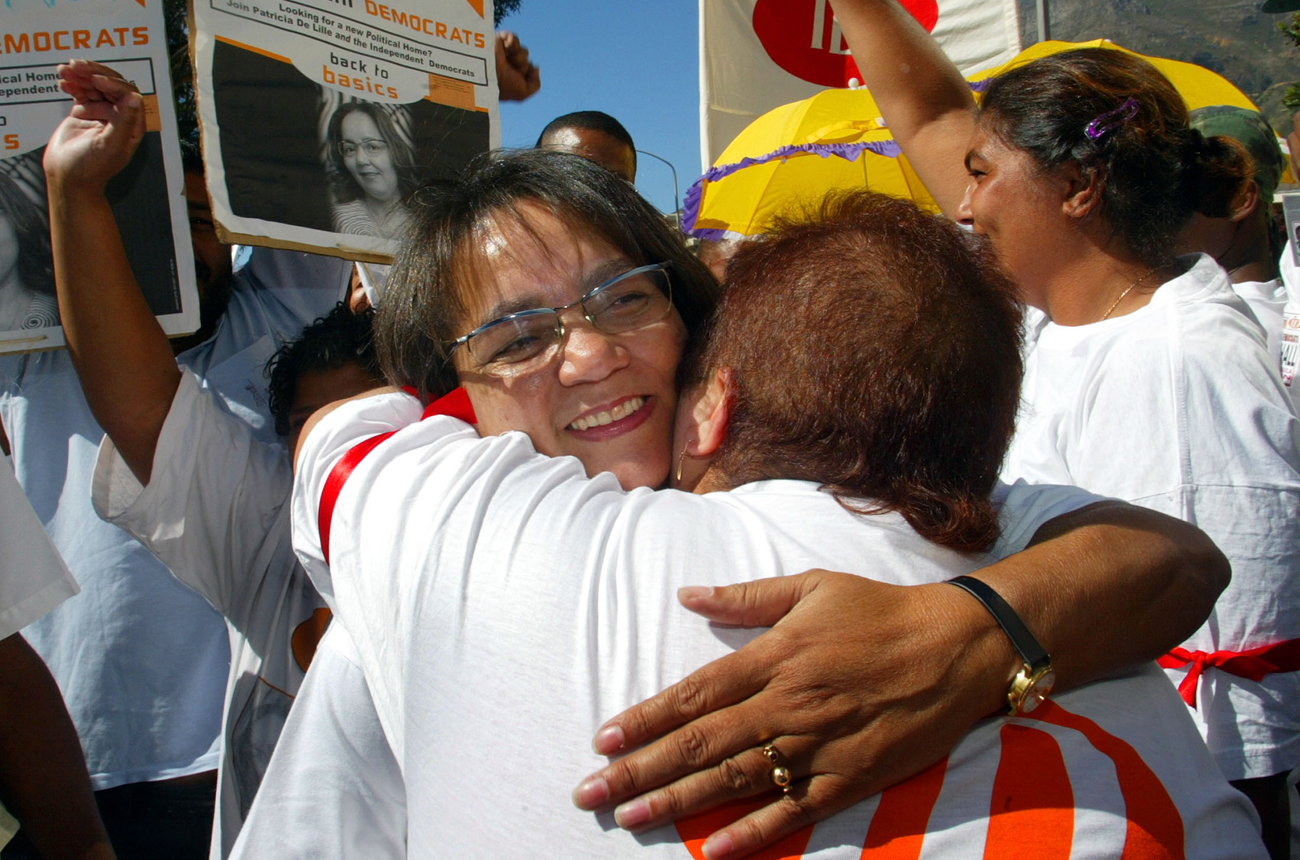 Rumours that Patricia de Lille will/would/could/may be joining the Democratic Alliance just won't go away, and her speech at the gathering this weekend of Independent Democrats plus other opposition leaders, has added fuel to the fire. But would such a united opposition actually be a good idea?

It’s sometimes not entirely obvious what the job of the opposition in South Africa is. Because we all know the decisions that matter are made by the ANC’s national executive committee. Whereas the Tories’ job in London is actually to win power, and then to govern, the job of the opposition in South Africa is, as Lord Shawcross put it, to oppose. That’s all. You oppose. And you don’t even have much to work with. The Constitution sets the rules of the game and you have to do some really heavy lifting to try to get anything done. All you can do is use public platforms to point fingers and shout as all opposition parties do.

And that is fine and dandy, but it’s also quite limiting. For one, we all know Helen Zille will never be president. Neither will Mosiuoa Lekota. So it takes a really special kind of person to do all the hard work without the prospect of gaining real power. And make no mistake, many people will do anything for just one shot at the top job, but the realists know they won’t get it. But governing is exciting, and it’s quite easy to keep a good person interested in politics by making them an MEC or something. However, if you can’t even offer them that, they’ll start to fall off the radar.

So there are two main questions any coalition of opposition parties, or grouping if they prefer, or marriage if they want to take it that far, needs to answer. Are they doing it to oppose, or to govern? And, by joining together, would they actually increase their joint share of the vote?

What is clear is that the various parties have specific qualities that would complement each other. The DA would bring intellectual rigour, great organisation and the best media office in the country to the party. Cope would bring the black membership, the UDM a great black middle-class face, and the Independent Democrats would bring the pitbull terrier herself, Patricia. But stop for a moment to think about what they agree on. Well, they don’t like Jacob Zuma very much.

Actually, that’s probably pretty much it. We’re being a little facetious here, but that is the main point. There are other things they do agree on: inflation targeting, economic policy generally, respect for minority rights, and an end to polygamy. What about affirmative action and black economic empowerment? Well, Cope and the DA will fight on that one. Big time. And Aids? Oh hell, don’t ask Cope about that; they were all quite friendly with our former health minister but one. Cope policies, if you can find them, have been pretty similar to the ANC’s for the last 10 years. (And they have their new constitution proposal to prove it. – Ed) Not to put too fine a point on it, but the DA’s policies are not. And the UDM and the ID don’t really have any meeting points, apart from quite liking the odd bicycle and hating coal-fired power stations. Talk about tilting at windmills.

For any party to take power from the ANC will require many things, some of them in their control, some not. It needs at least, a black leader. We’ll keep on singing this tune: unfortunately, politics in this country is generally about identity – racial identity. And you are not going to win an election unless you embrace that fact. It also needs to be hugely unified, and have the legitimacy to take on the country’s historical liberation movement.

Any grouping like this is bound to be riven with infighting. It takes an incredibly strong personality, mostly with delusions of grandeur, to be in politics in this country. Put them in the same party and wait for the internal combustion process to start. It would make Cope’s travails look like a picnic. Unless you find a strong black leader, used to smashing internal opponents; someone who can keep a big party under his (or her) thumb, with lieutenants who are not afraid to bully and bash their way through meetings, your future is uncertain to say the least. Hold on, isn’t Thabo Mbeki black?

But seriously, who is there? Helen Zille would be perfect, but she’s blonde, and Cope simply wouldn’t wear it. Lekota has lots of fire, but is not great organisationally, to put it mildly. Who else? Mbhazima Shilowa perhaps? Perhaps. He has lots of experience, he’s black – but can sound white if you know what we mean. He’s good with organisation, he has a nice unionist background, there’s a good brain and he’s rich. And that always helps.

So if this dance turns into a dalliance, an engagement and then a marriage, what would happen? Will it actually improve the share of the vote that currently doesn’t go to the opposition? Probably, but not by much. There are many people who don’t want to vote for the ANC, but won’t vote for a “white” party either. They could suddenly come on board. Especially with a well-organised coherent campaign pushing the right kind of leader. That would mean lots of dancing around the big policy issues though.

What also matters is whether people think you are a possible contender for government. The DA knows this big time: look at some of Zille’s comments around why governing in the Western Cape is so important. There’s a natural inclination not to vote for a loser, so you have to look like you really do actually have a chance of winning. Success breeds success in politics.

But even with the best will in the world, a massive war chest, great organisation, a media operation straight out of The West Wing and the right leader, you’re still facing a massively entrenched, organised, well-resourced party that, in the public imagination at least, freed most of the country and improved the lives of just about everybody. Talk about a massive mountain to climb. So what you really need is for the ruling party to implode. Spectacularly, you know, with a weak president presiding over a grumpy alliance with a militant youth leader. But that’s not really going to be enough. The smallest electoral shock will see the glue of the lust for power start to take hold again. In other words, don’t bet on the ANC falling apart anytime soon.

To a large extent, this is about legitimacy. How do you take on the party that gave us freedom. You need to find a way to make people think forward, not backward. You need to have an identity that resonates with the majority of voters. You need to be for something. And therein lies the rub. Cope’s real problem has always been that it stood against something, not for it. To an extent the DA had the same issue, although its governing of the Western Cape does look like a genuine success. And the process of coming up with something to stand for – together – is hard. It’s easy to stand for freedom when your enemy is apartheid. It’s harder to stand for a better society for all when the ruling party has already made things quite a bit better, even if you see that the future of the country is in danger.

But what if this new coalition just doesn’t happen? In a way, this would allow these smaller parties to still garner their share of the vote inch by inch, to be voted for by people with different identities, without all the “snot en trane” of trying to weld something together. Think of it this way. How broad can a church be is a question often hurled at Gwede Mantashe. Surely not broad enough to house the DA’s equal opportunity society and Cope’s BEE crowd?

So we’re back to the original question. Are you in it just to check the power of the ANC, or are you really going to take over power? The ANC garnered roughly 65% of the vote in the last general election. They’ll probably get something similar in the local elections next year. For them to start even worrying you need to get their percentage into the 50s. And that is going to take blood, toil, sweat and tears. And then you’re still 10% away from what might be your main goal.

Having said all that, this time the grand coalition, alliance, party even, could actually happen. But it’s going to take a lot of egos relinquishing a lot, and that, as we know in politics, can take some doing.