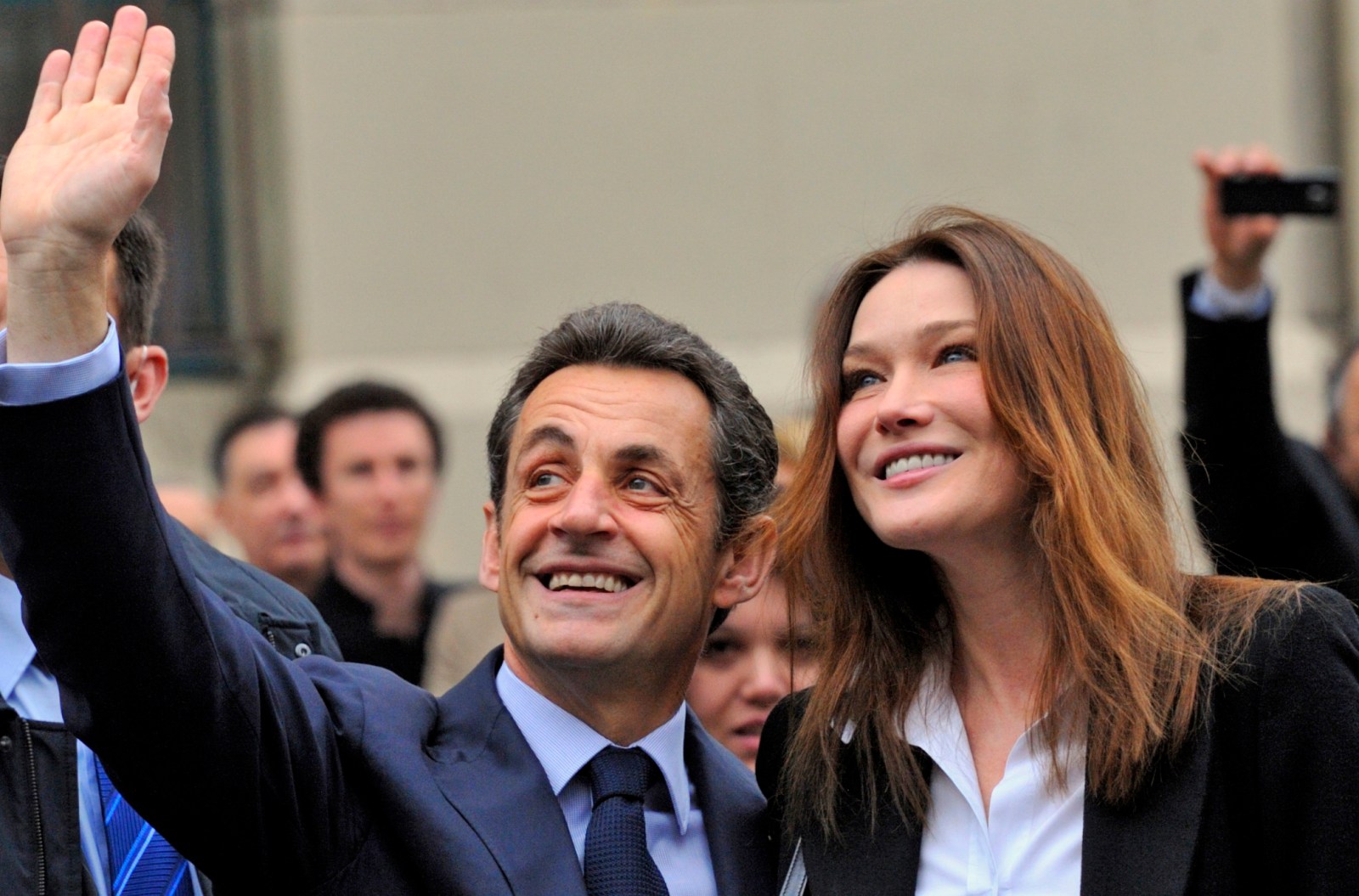 Exit polls show French President Nicolas Sarkozy’s centre-right grouping has been comprehensively defeated in local elections, with the Socialist party and its allies winning some 54% of the vote to give it control of at least 20 of the 22 national regions. It looks like Sarkozy’s UMP party won only 36% of the vote to the far-right National Front’s 8.7%, in the face of a dismal economic outlook and growing unemployment.

Photo: France’s President Nicolas Sarkozy and his wife Carla Bruni-Sarkozy leave a Paris polling station after voting in the second round of regional elections March 21, 2010. Sarkozy’s centre-right UMP party suffered face heavy losses in regional elections on Sunday that could affect the pace of reform as manoeuvring begins before the 2012 presidential campaign. REUTERS/Philippe Wojazer

An erupting Icelandic volcano triggered fears that a larger and potentially more dangerous eruption was in the pipeline, but scientists say because the lava blew out of a fissure on a slope, rather than through the cone, there was no imminent danger that a nearby glacier would melt and flood the area. Authorities declared a state of emergency, evacuating residents living some 160km south of the capital, Reykjavik, and cancelling flights across the country’s airspace due to the possibility of airborne volcanic ash.

German Chancellor Angela Merkel says there’s no need to make the Greek debt crisis the main topic of an EU summit this week, adding the cash-strapped country should solve its own problems. She also says Greece doesn’t need EU aid at this time and that to place the issue on the EU agenda will raise false expectations in markets. The EU is worried that Greek debt is likely to negatively affect the euro, so Germany’s harsh tone has got European bureaucrats even more worried. Merkel is under strong domestic pressure to avoid a bailout of Greece, but her statements contradict those of other European leaders ahead of the summit. Italian Prime Minister Silvio Berlusconi says if the EU doesn’t help a member country in crisis, the eurozone has no reason to exist. That’s quite a big difference of opinion, and the Germans look as if they’re putting domestic politics ahead of EU business.

US and Nato commanders say they’ll lose the battle for the hearts and minds of the people of Marjah if they eradicate opium poppy fields around the town of some 80,000 people. The allies recently took over the former Taliban stronghold in the largest offensive of the eight-year Afghan war, but now risk losing the support of Afghan officials and the US public with their policy. Opium money kept the Taliban supplied with food and weapons, but the military says by depriving the area’s farmers of their main source of income, it will be harder to win over the local population. UN officials support the military’s position, despite it being contrary to standard policy in Afghanistan. The Afghan constitution also calls for opium eradication, so it’s boiled down to being a case of what’s most practical. It seems there’ll be little agreement on the issue.

Pope apologises over Church abuses in Ireland, but no solutions mentioned

In a letter expressing shame and regret for sinful and criminal acts committed by members of the Catholic Church, Pope Benedict XVI has apologised to victims of sexual abuse in Ireland. But the pope didn’t say what the Church would do about the grave errors of judgement and failures of leadership, leaving many to fear that abuse would continue unpunished. He did order a special delegation to be sent to investigate abuse in Ireland, but that may not be enough to satisfy the faithful. The Church is fighting allegations of abuse right across Europe at present and has only a small number of bureaucrats to deal with the problem.

Read more: CNN, The Times, The Globe and Mail, AP

California gubernatorial race is all about the money

The race to become California’s next governor is becoming the most expensive non-presidential election in US history, most likely pitting Republican front-runner Meg Whitman against Democrat Jerry Brown, both of whom potentially have tens of millions of dollars at their disposal. Whitman is the billionaire former chief of online auction house eBay, while Brown has the backing of big labour unions. Many Americans worry that elections are now won by those who have the most money, rather than those who have the interests of citizens at heart. So far, the gubernatorial race comes nowhere near the $1 billion spent on the 2008 presidential elections, but Whitman says she’s prepared to spend $150 million, beating a record set in the 2002 New York governor’s race. Steve Poizner, her rival for the Republican nomination, has put $19 million of his own money into the race, although Whitman has a 49% lead over Poizner and now leads Brown by 3% in the latest polls. It seems some politicians don’t need external financial backing anymore, allowing them to set their own agendas. That’s more money-driven populism than democracy, and may change American politics in ways that aren’t fully understood.

Hundreds of community, labour and faith-based groups joined a march in Washington DC this weekend to press for a major overhaul of US immigration laws. They claim the current dispensation separates families and damages America’s economic and social vitality. The “March for America” campaign says immigrants keep their jobs in the US and, by being stable employees, help businesses. President Barack Obama pledged to make overhauling immigration policies a priority, but that’s likely to have been pushed on to the back-burner by his healthcare reform. Some 11 million illegal residents want to be able to ultimately gain citizenship, but will face resistance from many Republicans and moderate Democrats whose constituents don’t agree.