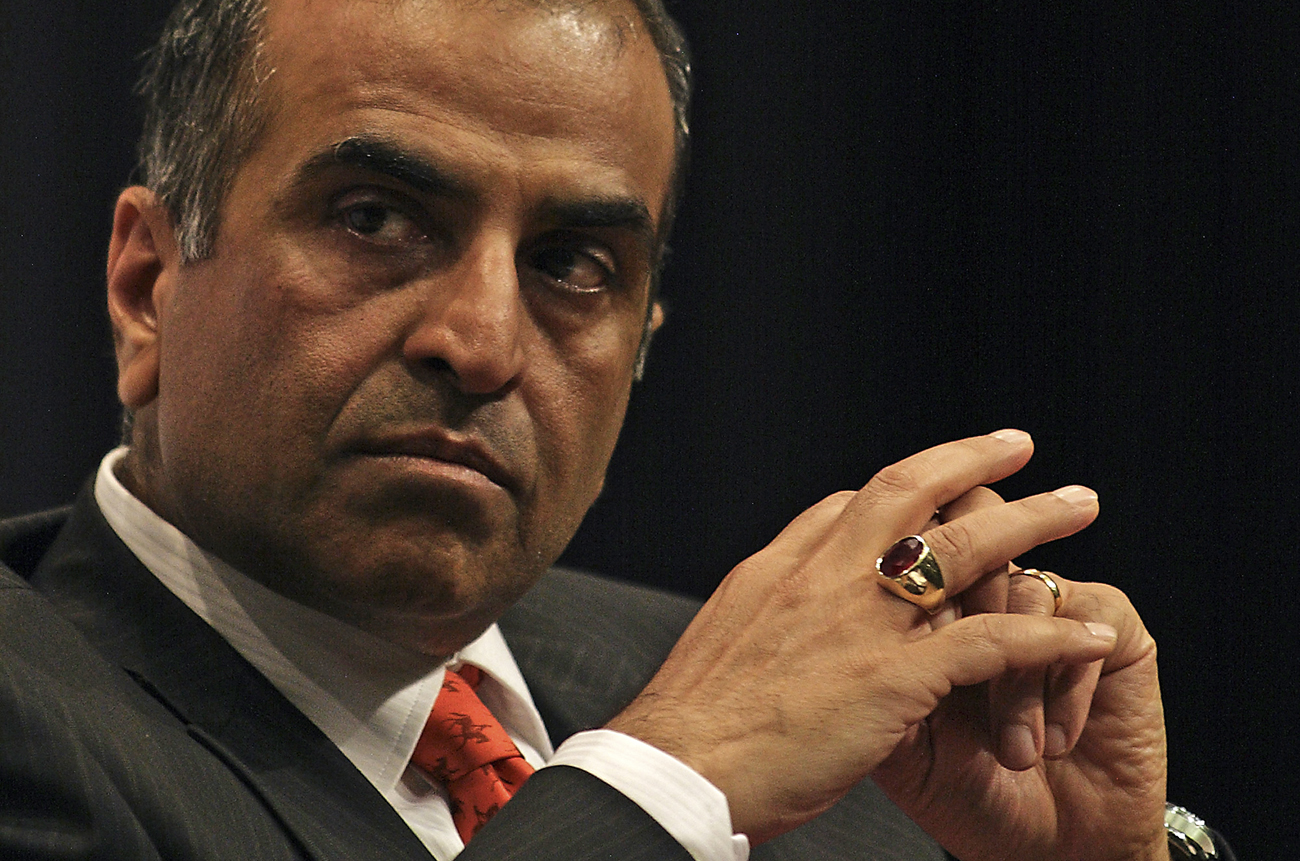 Former MTN sweetheart Bharti Airtel has completed financing of $8.3 billion needed to buy the African assets of Kuwaiti telecom Zain, as the deadline for talks expires. Indian-owned Bharti is seeking an African business after two failed bids for MTN. Bharti says the financing is oversubscribed, with major international banks committed to underwriting the total amount. This means the deal is likely to be completed on the 25 March deadline. Bharti wants to acquire Zain’s assets in 15 African countries for a total $9 billion, putting it in competition with MTN, Africa biggest cellular operator.

Photo: Sunil Mittal, Bharti Airtel Ltd chairman, listens to a speech during a talk at the Lee Kuan Yew School of Public Policy at the National University of Singapore April 4, 2008. REUTERS/Tim Chong

The Sudan People’s Liberation Movement says Sudan’s President Omar Hassan al-Bashir must surrender to the International Criminal Court in The Hague to face war crimes charges over Darfur. This is the first such call from the SPLM, which is a junior party in Sudan’s government, after the former southern rebels signed a 2005 peace deal with Bashir’s ruling National Congress Party, ending a two-decade civil war. But the shock announcement is likely to cause tensions ahead of the first multiparty elections in 24 years in April, which will choose the national presidency and parliament, the south Sudanese presidency and state governorships and assemblies. The UN says some 300,000 people were killed in the seven-year conflict in Darfur, with millions more made refugees. Bashir rejects the ICC’s jurisdiction, and has expelled 13 international aid agencies, accusing them of providing the court with information.

A senior commander of the radical Somali Islamist group, al-Shabaab, was shot dead as he left a mosque in the southern city of Kismayo. Unidentified gunmen killed Sheikh Daud Ali Hasan in a region of Somalia held by his own forces. Al-Shabaab says it arrested several people and would bring them before a shariah court. Rival Islamist groups haven’t said whether they were behind the assassination, but rebels of the Hizbul-Islam group launched an attack on al-Shabaab hours after the murder, claiming they had killed a number of militants. Al-Shabaab and Hizbul-Islam have fought together in the capital, Mogadishu, against government forces and African Union peacekeepers, but in other regions of the country they continue to fight each other.

Switzerland has halted the deportation of asylum seekers after a young Nigerian man died on the tarmac at Zurich airport. Swiss police had shackled the man, who was being forcibly deported along with 15 other Nigerians. Two Nigerian witnesses accused the police of inhumane treatment, saying they were shackled by their feet, knees, hands, hips, arms and torso, and made to wear helmets that prevented any movement. The man who died was a drug-dealer who had been on hunger strike for several days – the third such death in Switzerland since 1999.

Nigeria has recalled its ambassador to Libya, shortly after Muammar Gaddafi suggested Nigeria be divided into separate Christian and Muslim states. Nigeria’s foreign ministry said the Libyan leader’s statement was irresponsible, after Gaddafi declared the split would help prevent bloodshed between rival religious and ethnic groups. Hundreds of people have died this year in clashes around the central Nigerian city of Jos, but observers say that while the violence involves Muslim and Christian communities, the underlying causes derive from political, social and economic grievances. Nigeria is split fairly evenly between a largely Muslim north, and a Christian-dominated south, with the country rotating between a Muslim and Christian presidency to head off tensions.

Mauritania has severed relations with Israel, having been one of only a few Arab countries to have full diplomatic ties with the Jewish state at all. The process began when Mauritania expelled Israeli representatives and closed its embassy in the capital, Nouakchott, in March last year, shortly after Israel attacked the Gaza Strip. The final severing of ties came as Israeli aircraft struck two targets in Gaza last week, in the first such attack in more than a year.

Egypt says investment in cement plants, roads and villages is crucial in ending conflict in Sudan’s western Darfur province, and in helping achieve peace on the back of recent ceasefire deals. The seven-year conflict has made refugees of millions of people, who have little access to water, food, healthcare and education. A development and reconstruction conference backed by the 57-member Organisation of the Islamic Conference aims to raise $2 billion for development in Darfur, to ease political, tribal and social tensions, and includes representatives from China, the US, Russia, Britain and France, among other nations.