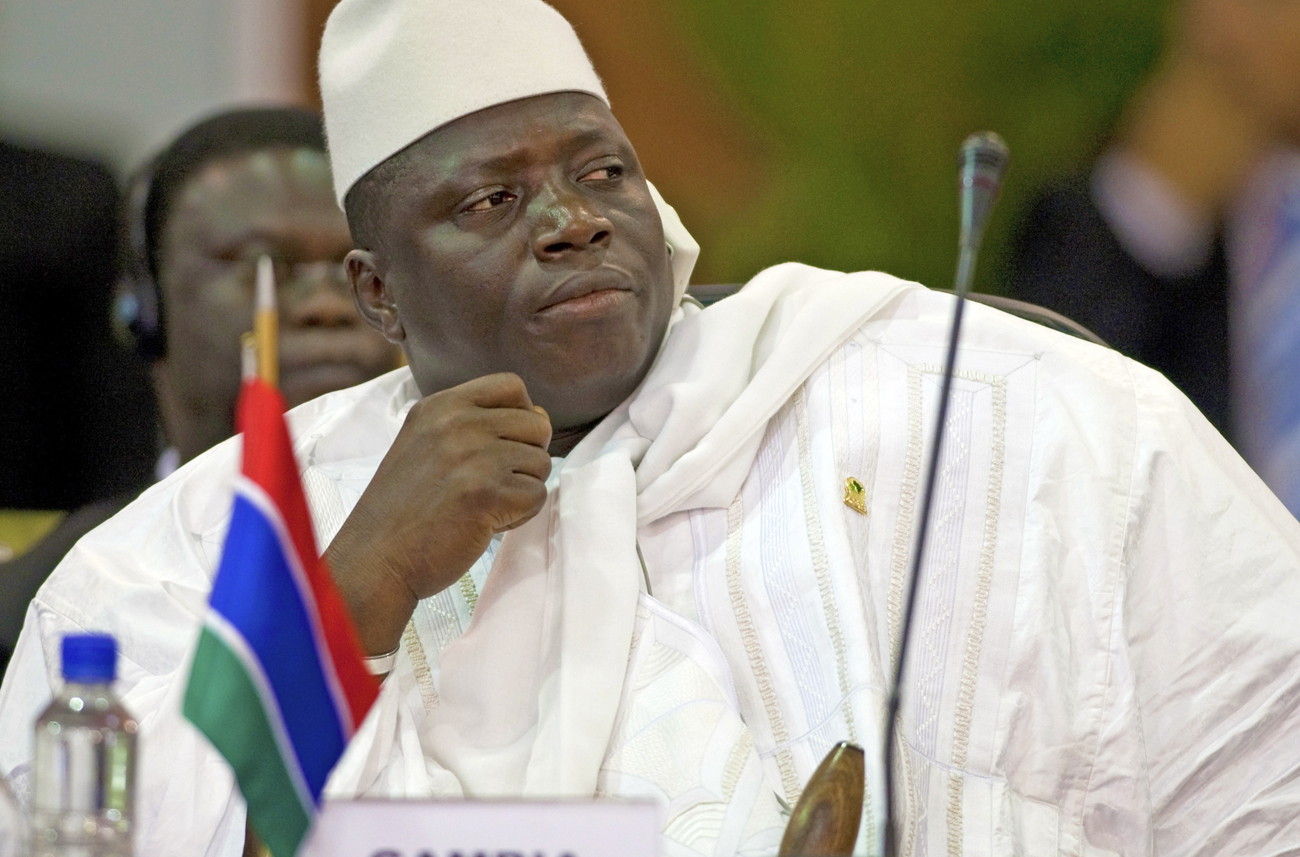 The Gambian justice ministry says a group of senior army officers and businessmen have been charged with plotting a coup against President Yahya Jammeh. They were accused of bringing weapons and mercenaries into the tiny West African country. This follows the arrests of ranking police, soldiers and senior government officials, some of whom have been jailed for months without charge. It’s not the first time the military has been accused of trying to overthrow the government, with neighbouring Senegal alleged to have taken part in a 2006 plot. Jammeh is known for his “cure” for Aids, and for threatening to kill gays and rights workers.

The World Bank says the economies of sub-Saharan Africa will bounce back this year, growing by about 3.8%, but will lag recovery in other developing nations because of their reliance on commodities. Also, the sub-Saharan region is less export-orientated than other emerging markets, so it won’t benefit as much from an upswing in trade. Growth should accelerate to 4.6% in 2011, up from about 1.1% last year. The dip in growth in the region was less pronounced than in other developing countries, so the bank says they’ll come back faster with growth averaging an estimated 5.2% this year, and 5.7% in 2011. The bank also says the global crisis is over, and that growth from fiscal stimulus will now start to diminish.

Sudan has signed a three-month ceasefire with Darfur’s Liberation and Justice Movement during talks in Qatar, weeks after the Khartoum government signed a similar accord with the far more powerful Justice and Equality Movement. Earlier JEM said it would walk out of the Doha talks if accords were signed with other groups. It hasn’t yet done so, but has dismissed the deal with LJM, a new group representing rebel factions, saying it’s irrelevant to peace in the country’s troubled western province ahead of Sudan’s first multiparty elections in more than two decades. Another main rebel group, the Sudan Liberation Army, won’t join peace talks until a general cessation of hostilities. The SLA says the government launched a heavy attack on it just weeks ago, backing ground forces with jets and helicopters.

Zuma claims Zim leaders are hunky-dory, but nobody else thinks so

Reuters reports that South African President Jacob Zuma said in Harare that Zimbabwe’s leaders had agreed on what needs to be done to rescue their fragile unity government, and will now work towards a deal. That’s another way of saying that President Robert Mugabe and Prime Minister Morgan Tsvangirai are nowhere near an agreement on anything, except to meet again on 25, 26 and 29 March to deal with Mugabe’s latest unconscionable act. That being his unilateral redistribution of ministerial powers from portfolios held by the opposition Movement for Democratic Change to those held by his Zanu-PF party. The MDC says this is in gross violation of the Global Political Agreement, which forged the so-called unity government. Zuma said Mugabe and Tsvangirai will report back to him on 31 March, after which the Sothern African Development Community “troika” chairman Mozambican President Armando Guebuza may call a meeting to discuss the deal. Sounds like some real tough diplomacy going on here. The troika comprises Guebuza, Swaziland’s King Mswati III and Zambian President Rupiah Banda. SADC appointed Zuma to mediate the crisis. Tsvangirai must be thrilled. Oops, it’s Mugabe who’s thrilled.

Seven Chinese fishermen hijacked off the coast of Cameroon by pirates last week have been released. It’s not clear if cash changed hands after Cameroonian officials said their policy is never to pay a ransom. There’ve been more attacks on shipping in the Gulf of Guinea of late, where there’s plenty of oil installations and illegal fishing. But the buccaneers usually steal cargo, unlike their East African counterparts off Somalia, who ransom ships and crews for millions of dollars. It’s thought the mob who abducted the Chinese might be Nigerians. They reportedly demanded $25,000 dollars for the crew’s safe return. In November pirates attacked an oil tanker off Benin, killing a crew member and stealing the contents of the ship’s safe. It sounds like the West Africans are still learning the ropes.

UN tells Ivorians to get on with elections

It’s moot whether the UN Security Council is more impatient than the people of Ivory Coast, but they’ve told the government there to get on with elections delayed since 2005. The latest delay in the farce came when President Laurent Gbagbo disbanded the government and electoral commission in February, accusing electoral authorities of illegally adding names to the voters list to boost the opposition. That led to two weeks of deadly protests in a country wracked with ethnic tension. A 2002/03 civil war split the Ivory Coast in half, comprising a largely Muslim north and Christian and animist south. The elections are supposed to stick everybody back together, but lots of cynical politicians are playing games with people’s lives.