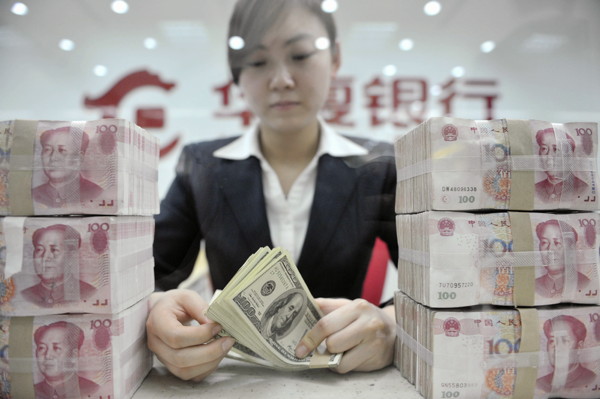 Also today: Tech majors partner to bridge computing-TV gap; GM not sure whether it’ll be profitable this year, but maybe; Europe’s most at-risk nations open up cultural divide; Greeks at sixes and sevens over how to slash debt pile.

A weak Chinese yuan is a killer for American exporters (and those in other rich countries), but China insists a stronger currency would be a disaster for its labour-intensive economy, and harm Chinese exporters. Hmm, so who’s right? Beijing doesn’t let its currency float on world markets, and may soon be accused of being a “currency manipulator” by the US. The weak yuan means its cheap exports aren’t balanced by substantial imports, thereby it runs a huge trade surplus with many of its most important trading partners, and lacks capacity to stimulate domestic demand for foreign goods. Now, the China Council for the Promotion of International Trade is checking whether China’s exporters can cope with a stronger exchange rate. But it says exporters in sectors such as garments and furniture have margins as small as 3%, so if the yuan rises, they might go bust. Essentially, China’s manufacturers are flooding world markets. It’s a very thorny problem, and maybe Chinese annual growth of an average of about 9% is to blame. The World Bank says China needs higher interest rates and a stronger currency, as its red-hot growth risks the possibility of runaway inflation and a huge bubble in the construction and property industries. But unless the US and EU stop pouring in tens of billions of dollars worth of annual investment, this won’t happen anytime soon. And seeing as that won’t happen anytime soon, either, China needs to float its currency, or strengthen it by the 20% it once was against the dollar, or even to 40% some analysts say. There’s been an unofficial dollar peg in place since July 2008, to help it get through the Great Recession. But that’s been killing off everybody else.

Google, Intel and Sony are developing a platform called Google TV, bringing much more of the Web to next-generation televisions through set-top boxes. The next step will be to put the technology directly into the manufacture of TVs, in an effort to close the gap between computing and television, and pick up new market share. Many hi-tech firms are struggling to retain pricing and technological advantage in their competitive sectors, so by easily navigating Web applications on TV, delights such as Twitter, Facebook and the Picasa photo site will become available to broader audiences. Google will soon open its TV platform — based on its Android operating system for smartphones – to software developers, in a play meant to unleash new apps like the ones seen for cellphones. Google wants its search and advertising systems to play a big role in the future. For Intel, the TV technology runs on Intel’s Atom chips. Call it Very, very- large-scale Integration.

GM not sure whether it’ll be profitable this year, but maybe

General Motors might earn a profit this year, chief financial officer Christopher Liddell said in his first public comments since joining GM from Microsoft. But then again, he says, it might not. Such are the times for the late, great car giant – which is 60% owned by the US government – after Wall Street crashed and burned in October 2008. Liddell says GM’s also thinking about a stock offering, but nobody at the company’s in a hurry because first it needs to earn a profit, so that government can get the most value from its stake. He adds that the economy needs to be better, and car sales must recover more. Liddell’s prevarications echo GM boss Edward Whitacre, who earlier this year said he thought the company would earn a profit for 2010, a comment later nixed by a company spokesman as more a hope than reality. The firm lost about $88 billion between 2004 and its bankruptcy filing last year, so profits are guesswork for now. Expect some creative accounting.

Europe’s most errant economies such as Greece, Spain, Portugal and Ireland are promising deep and painful cuts in public spending. Pushed by an angry Germany, the EU’s most heavily indebted nations have pledged to slim down. But some say Germany’s fixation on slashing debt could make it harder for Eurozone countries to recover from the global recession by causing deflation, higher unemployment, and even creating popular opposition to the euro currency. The French say public spending generally needs to expand in times of crisis, with deficits gradually being cut through increased tax receipts from higher employment and growth. But the austere Germans are savers and belt-tighteners through and through, who have big trade surpluses with many Eurozone partners. The region’s cultural differences are now becoming plain for all to see. Some doomsday observers think the German route to restored economic health means businesses across Europe could fail and further jeopardise the health of the region’s shaky banks. It’s pretty gloomy stuff.

Greeks at sixes and sevens over how to slash debt pile

Greek Prime Minister George Papandreou is warning his EU counterparts that his government can’t make planned deficit cuts unless the country can borrow money more cheaply. He says the Greeks are committed to the stability of the euro, and that the nation will carry out necessary structural reforms. But it can’t sustain the reduction of its debt of up to $410 billion at current high interest rates. Greece is between a rock and a hard place, and the economic contradictions are piling up daily. Papandreou says he doesn’t want to call on the International Monetary Fund for a bailout, but that EU leaders need to make a clear offer of support. They haven’t yet done so, because cheaper borrowings for debtors run contrary to the workings of the market. But continuing declines in the Greek fiscus will just make the borrowings more expensive still. Woe the euro.