17 March: Tiger to take a swing at Masters

17 March: Tiger to take a swing at Masters 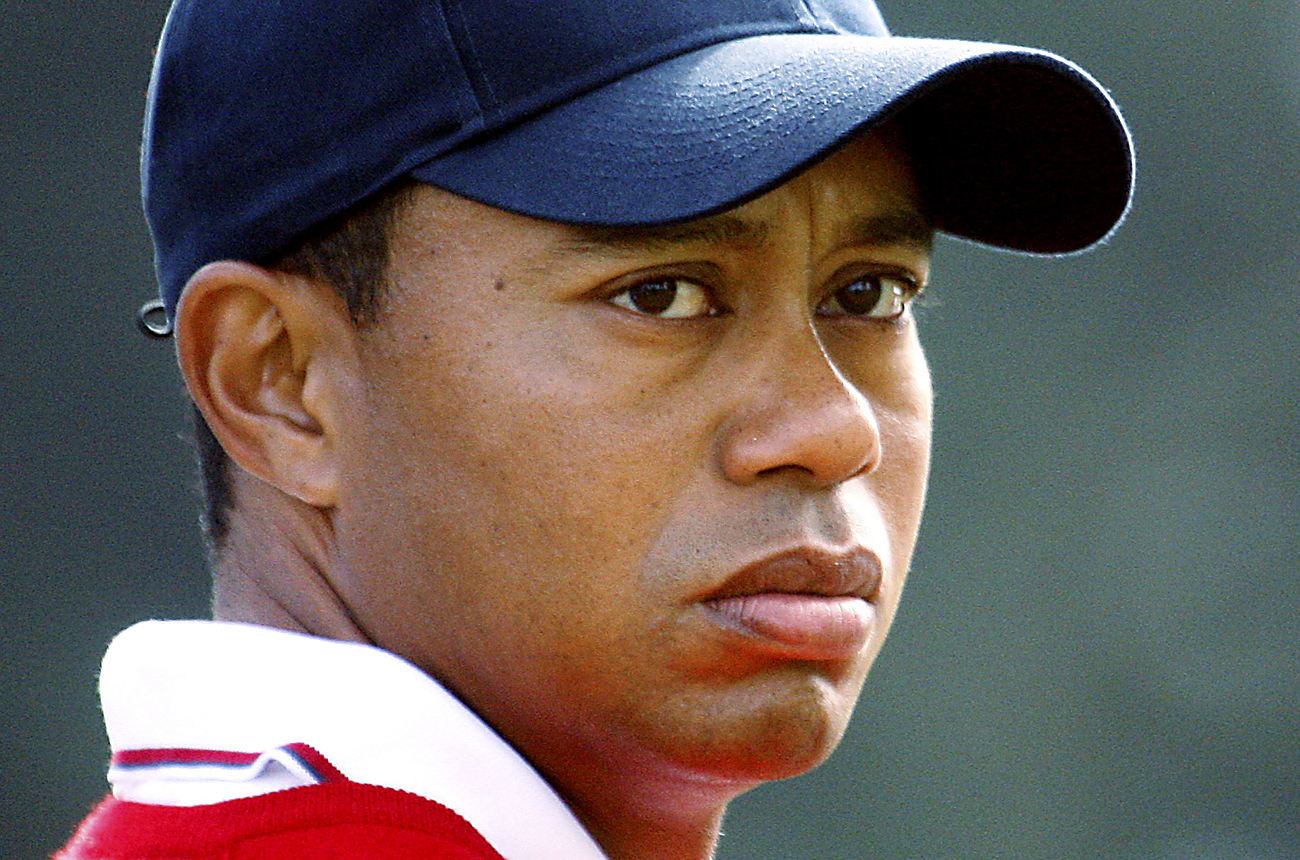 Tiger to take a swing at Masters

Is he burning bright again, or will he be rusty as hell after his self-imposed exile from professional golf? Tiger Woods will return from four months of seclusion to play the Masters at Augusta National in Georgia, his first outing since a sex scandal shattered his image as squeaky-clean and his wife shattered his back windscreen. He won his first major at the Masters and says he’s ready to start his season at Augusta come 8 April. Golf will likely have millions more viewers than ever before, many of whom have no interest in the game, but rather like peeping through keyholes or stopping to gawk at the scene of road accidents. The champ says he’s undergone almost two months of in-patient therapy and is continuing treatment. Now he’s going to take a swing at a comeback. That takes balls. And they’re still in the rough. Photo: Reuters.

Thai protesters who want a change of government are revelling in their bloody tactics. Now, they’ve poured litres of their own blood over Prime Minister Abhisit Vejjajiva’s house in an upscale setting in Bangkok, after similar “blood sacrifices” at his office and the headquarters of his Democrat Party. Abhisit’s been sleeping at an army HQ since the demonstrations began, so he might not have been home to welcome the donors. However, the PM has stood firm against some 100,000 demonstrators, saying he’ll listen to what they have to say, but he ain’t stepping down. The demonstrators support ousted former prime minister Thaksin Shinawatra, who was kicked out by the military in 2006 for alleged corruption. They say Abhisit came to power illegally and with the connivance of the military and people in the Thai political elite. A bloody affair, indeed.

A US judge says the über-mistress of talkshow television, Oprah Winfrey, must defend a defamation case filed against her by the former headmistress of her girls’ school in South Africa. The judge said Nomvuho Mzamane has enough evidence to pursue her claim, after the star allegedly made defamatory remarks about Mzamane in 2007, when complaints of sexual abuse arose at the school. The trial is set for the end of March in Philadelphia and sordid details of alleged fondling, swearing, beatings and being thrown against walls will resurface. The former matron at Winfrey’s Leadership Academy was later charged with abusing six students, but Mzamane claims that the TV queen made public statements suggesting she was not trustworthy. Now the headmistress wants to restore her reputation as an educator. It might even cost Winfrey more than the $40 million it took to open the school in Johannesburg in 2007. We shall see.

Clashes as Americans, Israelis try to patch up differences

Palestinian stone-throwers and Israeli forces clashed in East Jerusalem as the US and Israel tried to patch up their widest rift in decades. They’re rowing over the building of more settlements in what’s considered by most nations to be the Arab part of Jerusalem and the future capital of a Palestinian state. Vice President Joe Biden and secretary of state Hillary Clinton have both uttered harsh words about Israel’s commitment to peace, as the US tries to start a new round of talks in the wake of the invasion by Israel of the Gaza strip in early 2009. Now the two parties are in intense talks about resuming the talks. Israeli Prime Minister Benjamin Netanyahu is going to Washington next week, and is unlikely to receive the kind of reception he might have expected from George W Bush. The Obama administration wants Israel to cancel the building projects, but both sides are wary of looking weak at home and in the Arab world.

Possibility of change as Iraqi election race heats up

An Iraqi secular coalition has narrowly pulled ahead in the overall vote count in the country’s parliamentary elections, but still lags Prime Minister Nouri al-Maliki’s State of Law coalition in the vital province-by-province count. It’s led by former prime minister Ayad Allawi, but some 20% of votes are still to be counted, so it’s not yet clear who will lead the government. Election officials have already been accused of manipulating the vote, and al-Maliki wants a recount. Despite more than 60% of Iraq’s 19 million eligible voters having gone to the polls – with many braving bombs, especially in Baghdad – the vote count is said to have been chaotic, with ballot results almost immediately subjected to allegations of fraud. It’s a crucial election as the US military will soon be going home. But it’s likely that only time and more bloodshed will get Sunnis, Shiites and Kurds to pull together. That’s how democracy works in these parts.

Fourteen US Senators have put forward legislation proposing stiff trade sanctions on China if it doesn’t let its currency strengthen against the dollar, according to AP. And while the Obama administration generally agrees with their sentiments, it might not be able to support the bill in its current form. China has a huge trade surplus with the US, which by a long way purchases more Chinese exports than anybody else. The weak yuan currency disadvantages American exporters and, because China doesn’t let it free-float on open markets, it’s under threat of formally being denounced by the US as a “currency manipulator”. This could lead to tough measures to force it to play by the same rules as everyone else, but that’s a last resort. The US-China relationship is fraught with problems, not least US support for Taiwan, which China regards as a renegade province. But their economic relationship is what makes the world go round, and with 10% unemployment in the US, something’s got to give.

The Roman Catholic Church in Germany is buckling under hundreds of sexual abuse cases, but the Vatican says with only 10 people handling them, it might not be up to the task. The Church has its own sort of internal prosecutor, but settling allegations of abuse against priests is a time-consuming and delicate process. Monsignor Charles Scicluna sounds like a modern management professional in his recognition of the issue. “We have to get our act together and start working for more transparency in investigations and more adequate responses for the problem,” he was quoted as saying in The New York Times. His 10-person office has investigated some 3,000 abuse cases in the past 10 years, most of them in the US. But with such ugly problems also arising in places such as Ireland, Australia, Belgium, Austria and Holland, it’s time for the Church to look at its policies over marriage, celibacy and the use of condoms, and join the 21st century – rather than rely on under-resourced Church bureaucrats.

Fiji mops up as aid arrives after cyclone

Australia and New Zealand are airlifting aid to Fiji, after the Pacific island nation was hit by winds averaging 175km/h that caused immense damage. The cyclone, which many say is the longest and strongest to have hit the country roared for two days this week. Sea surges flooded many parts of the island, forcing authorities to impose a nationwide curfew that was supposed to be lifted today. Many people are still missing.