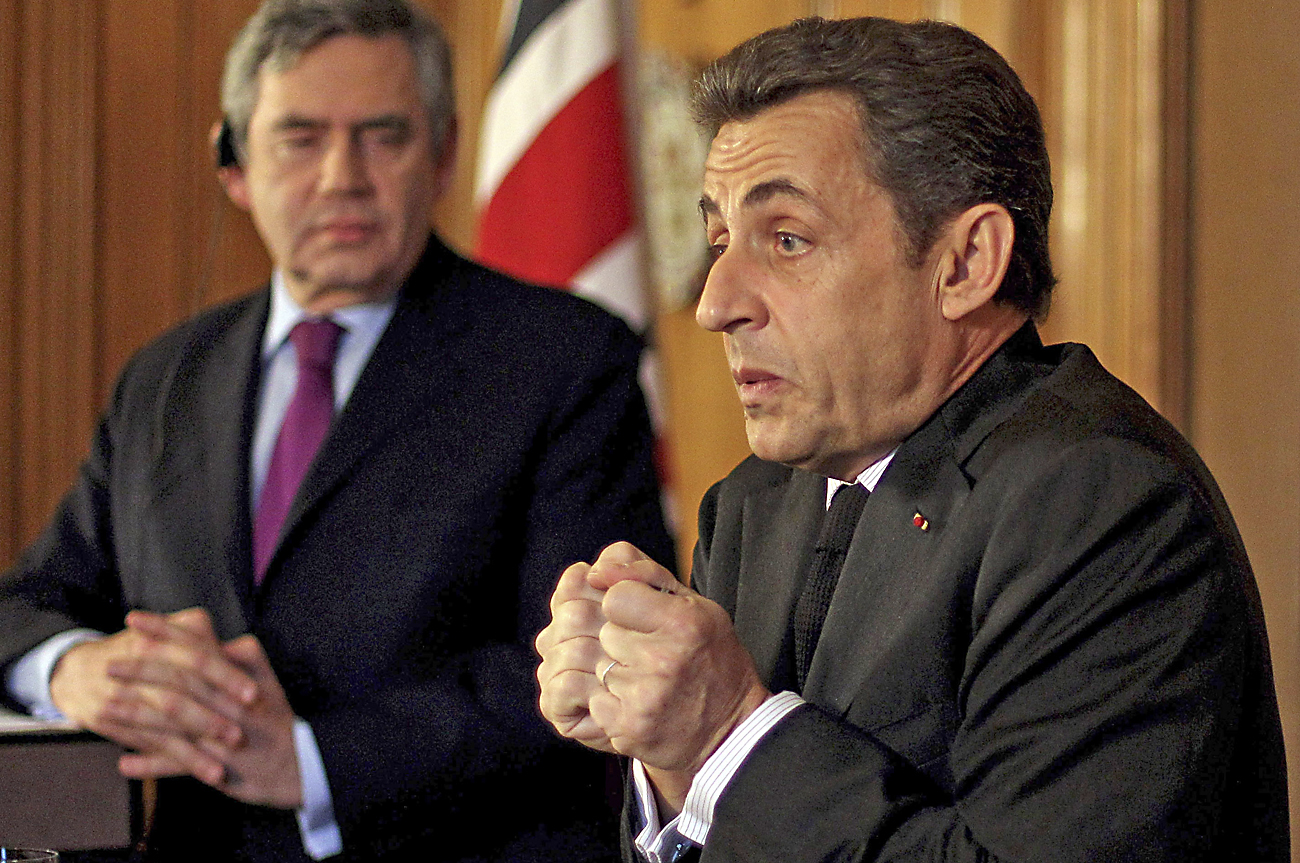 French president Nicolas Sarkozy’s centre-right UMP party tasted defeat in French regional elections, with first-round results showing the opposition Socialist party is way out in front. Sarkozy is battling fallout from the global economic crisis. Unemployment in the country is at 10%, and his popularity rating has plunged to an all-time low. A defeat would be big blow for his party, as it’s the last such poll before presidential and parliamentary elections in 2012. On the other side of the spectrum, the far-right National Front looks to have done better than many thought it would, gaining up to 12% of the vote on the back of an anti-Islamist campaign. A record number of voters appear to have abstained from making their mark on ballot papers, implying disgust with the state of the nation. However, the Socialists are strong in the regions, but remain deeply divided over national policy. Photo: Reuters.

Georgians panicked when a television station broadcast a hoax newscast of a Russian invasion of the country this weekend – during prime-time! Little wonder people were ducking for cover, as the Russians did actually invade Georgia’s territory in late 2008, after the Georgians were foolish enough to try to impose control over the renegade province of South Ossetia, which is largely populated by Russians. The mock television clip showed tanks rumbling down a road, and a fighter jet dropping bombs, later reminding viewers of Orson Welles’ radio depiction of an invasion from Mars in his adaptation of the War of the Worlds. It so frightened some citizens that there were emergency calls reporting heart attacks, while others rushed in a panic to buy bread or fled their homes. It seems the broadcast was a political satire gone wrong. No kidding! It was far too much like the real thing.

US Nobel prize-winning economist Paul Krugman has waded into the tense debate over China’s currency, saying that country’s policy of keeping the yuan undervalued has become a big drag on global economic recovery. US President Barack Obama and his allies in the EU would be among the first to agree that the Chinese manipulate the currency to keep it weak and make their exports artificially competitive – and Obama may soon make this charge publicly. Around about 2003, China ran an overall trade surplus of some $46 billion. Now, the country is adding more than $30 billion a month to its $2.4 trillion in foreign reserves, which the International Monetary Fund believes will give China a 2010 current account surplus of more than $450 billion. Krugman says this is the most distorted exchange rate policy any major nation has ever followed. And because rich nations are unable to generate a recovery by cutting interest rates, because rates are already near zero, the Chinese are imposing an anti-stimulus effect on these economies. Some American commentators disagree with Krugman, and Chinese Premier Wen Jiabao says his country is actually making an important contribution to global recovery. However, Wen he also let slip the underlying reasons why the US and China are getting more deeply embroiled in this fraught issue. It’s also about Washington providing billions of dollars worth of arms to Taiwan; Google and censorship; and the US allowing the Dalia Lama to visit the White House.

Thailand’s army sent reinforcements into the capital Bangkok as some 100,000 anti-government demonstrators surrounded a military headquarters demanding that the government dissolve Parliament by midday today. The target of the protests, Prime Minister Abhisit Vejjajiva, said he would ignore the protesters’ ultimatum, but that he would listen to their complaints. That doesn’t sound good. The country’s seen numerous demonstrations in past years, but with some 50,000 soldiers, police and other security personnel now in Bangkok, this is the largest such protest in many years. The demonstrators believe Abhisit took office illegitimately with the backing of the military and elements of the traditional ruling class, saying they feared former Prime Minister Thaksin Shinawatra’s popularity among the poor. Thaksin’s party won two previous elections, but was ousted by a 2006 military coup for alleged corruption and abuse of power.

Conservative Israeli Prime Minister Benjamin Netanyahu says the announcement of new housing plans for Jewish settlements in East Jerusalem during a visit by US Vice President Joseph Biden was not meant to hamper US-mediated peace talks with the Palestinians. But few will believe his statement that the timing of the announcement was regrettable, and completely innocent of political chicanery. Netanyahu said the government had set up a committee to prevent this from happening again. But he didn’t say the project to construct 1,600 apartments would be cancelled, nor refer to the contentious issue of settlement building in East Jerusalem. So, this issue will continue to derail any hopes of Middle East peace. A senior adviser to US President Barack Obama said the incident was an insult to the US. These are unusually harsh words from an American administration, and were backed by scathing criticism of Netanyahu in Israeli newspapers, which accused him of incompetence and a failure of leadership.

A scandal has broken out over a US Defence Department official who set up a network of private contractors in Afghanistan and Pakistan to help track and kill suspected militants. Al-Qaeda and Taliban fighters often hide out in the mountainous border area of Pakistan, so it seems the covert operation was set up to get around the Pakistani government’s prohibition of American military forces operating there. US officials say they’re not sure who condoned and supervised the network. It’s generally illegal for the military to hire contractors to act as spies, and officials say the secret network might have been improperly financed by diverting money from a programme that was meant to merely gather information about the region. The New York Times reports the operation seems to have been shut down, and that Michael Furlong is now the subject of a criminal investigation by the Defence Department for possible offences including contract fraud. Furlong hired contractors from private security companies that employed former CIA and Special Forces operatives. Spooky stuff.