Lagos: living on an island is good for your health 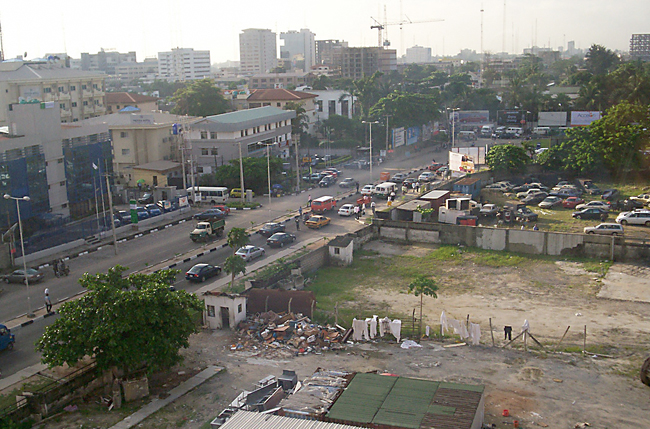 With the flow of worrying news from Nigeria intensifying daily, we may be forgiven for thinking that expats have a really bad time of it. Well, not exactly.

If I had to take action based on the news I’ve seen this week about Nigeria on the Internet and CNN, I would be huddled down in a bunker here in Lagos with as many cans of beans and bottles of mineral water as I could carry. Or I would have hot-footed it back home on the first SAA flight out of here. Yes I said SAA. Arik Air, the airline which used to elicit praise from expats coming up here for being better than SAA, has made the cardinal sin of swapping its shiny new Airbus with its Virgin-style bar and new seats for a short-range Boeing 737, usually to fly domestically.

It seems they have assigned the shiny Airbus to their new profitable New York route, leaving us poor Africans to languish in a pokey 1980s carrier.  So now we really can’t complain about SAA and the steam-powered Boeing 747 with broken seats and sullen cabin staff carting us up and down. Now we have a wide choice of crappy carriers!

But aside from that, living in Lagos has been a pleasure. I wonder if it is due to the expanse of water surrounding us, making Victoria Island a fortress against the turmoil in which the rest of the country is embroiled?  Lagos is a pretty small state in the Nigerian context and is far removed from Jos, Abuja and Port Harcourt, from where much of the bad news has been frothing.   Saying there are killings in Jos is like saying you live in Johannesburg and there are killings in northern Limpopo. It is close, but not close enough to cause alarm. Or should it? Victoria Island, the hub of big business in Nigeria, is a veritable paradise, with running water, electricity, most of the time (if you have your own generator, that is). You can get petrol, if you don’t mind sending your driver to wait in a queue for two or three hours to get it, and forget about waiting until your tank is at one quarter before you fill it. When it’s half-way, I send the car to be filled up just in case I have to escape to Benin.

What else makes this island wonderful? There are now two functioning KFCs in Lagos alone with more planned for this year, well done KFC! (Okay, this sounds like desperation, doesn’t it? – Ed) It actually tastes like KFC and once you step into their trendy sites you are transported far, far away from your grubby surroundings  into an American paradise, resplendent with Pepsi and flat-screen TVs.  Well done to MD Marc Shroeder for getting it up and running. I won’t mention who owns the chicken farms supplying KFC or any of the other chains in Lagos, but let’s just say that being a former head of state helps to get things done in this place.

Being on Victoria Island also separates one from the millions of Nigerians living on the mainland. There is a magnificent bridge connecting the island to the mainland called the Third Mainland Bridge and I am sure there are explosive charges on it (as in Switzerland) just in case any marauding troops converge on Victoria Island. It acts as a giant moat separating us from the problems around us. The problem is that the bridges were built when Nigerians were still driving right-hand drive cars, so you can imagine the chaos that ensued when they were ordered to drive left-hand drive cars on the “wrong” side of the road. It leads to backups of up to 5 hours over the bridge, so heaven help you if you try to get off the Island for the mainland after 4pm. Luckily I live on my Island.

We read and hear about the invisible Yar ‘Adua, naughty Delta militants getting ever more restless and the wanton massacre of Christians and Muslims on a weekly basis, but there is no panic here, people are not stockpiling food or water or fuel. This is a rather large country and people are getting on with their lives enduring the daily grind. Compared to the rest of Africa, my Island is, well, an island unto itself really.

(Nicholas is an advertising executive and, you guessed it, lives on an Island.)